At the beginning, alternative drive concepts were demonized as "spoilers of driving fun" but today they offer a lot of exciting prospects for tuners. This can be seen by the many exhibits at the Essen Motor Show 2018 in Germany. An especially gripping example of this, is the roadworthy prototype ABT RS6-E, which combines the best of both worlds: A considerably charged V8 gasoline engine meets an additional electric motor – Hybrid technology at its best! The car, which is based on an already-tuned ABT RS6, pushes technical limits thanks to its system power of up to 1,018 HP and 1,291 Nm. The engineers installed an additional electric motor in the transmission tunnel to bring an extra boost to the rear axle at the push of a button. 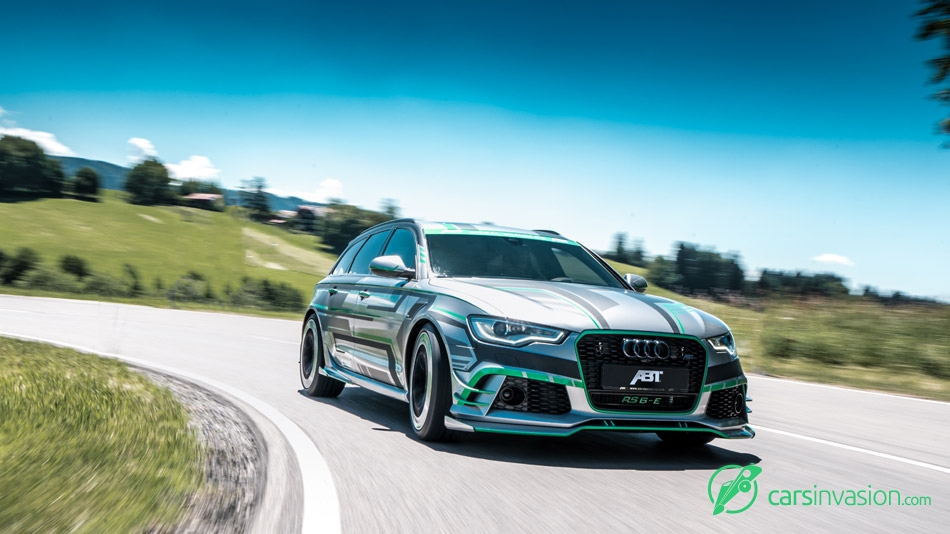 The ABT RS6-E already impresses with the key figures of the internal combustion engine, which itself offers 730 HP (537 kW). The difference to the 560 HP (412 kW) standard engine is made possible by the ABT Engine Control (AEC) unit developed in-house and the modified exhaust system. This performance package is already available to buy as ABT Power R. The prototype has more to offer, though. If the driver wants to take the car's acceleration to the max, electric power can be additionally used above 100 km/h. This releases an additional 288 HP (213 kW) and 317 Nm torque for a brief period. As the additional power is only activated when needed, a compact battery with a capacity of 13.6 kWh is sufficient.

ABT Sportsline received impulses for the ambitious project from its own department for electric mobility, ABT e-Line, and from motorsports. Among other things, the company is in charge of the Audi vehicles for Formula E. The RS6-E prototype preempts the change expected for the tuning sector which could result from the increasing popularity of hybrid vehicles and alternative drives. 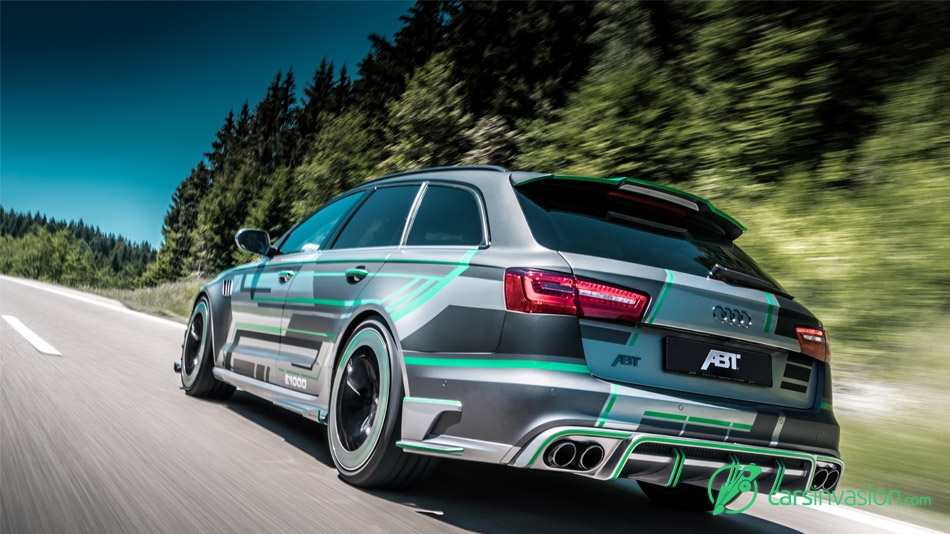 But the special prototype also impresses visually, for example with a futuristic vehicle film wrap reminiscent of the design of a printed circuit board. This is also reflected in the AERO rings, which are a special feature on the 21-inch rims of type ABT Sport GR. The comprehensive ABT  aerodynamics package in the normal product range includes front lip, front skirt add-ons, mirror covers, wheel arch vents, side skirts, rear skirt add-ons, as well as rear spoilers. KW height adjustable suspension springs ensure appropriate lowering of the chassis, allowing the driver to stay in control of the 1,018 HP at all times.