The most famous 00 agent in the world visited Switzerland – including Geneva – on numerous occasions during his career. And ABT Sportsline may have the perfect car for him on display at the Geneva International Motor Show (7-17 March): the ABT Audi Q8 50 TDI. The brand new ABT aerodynamics package from the world's largest tuner for Audi and Volkswagen adds a really impressive touch to this SUV. In addition, the ABT Power boost makes the "50 TDI" the ideal vehicle for chasing villains over long distances without the need for a refueling stop. It is important to note that the Bavarian experts already have some experience with Bond cars: They actually modified an Audi 200 quattro for the film "The Living Daylights" in the 1980s. 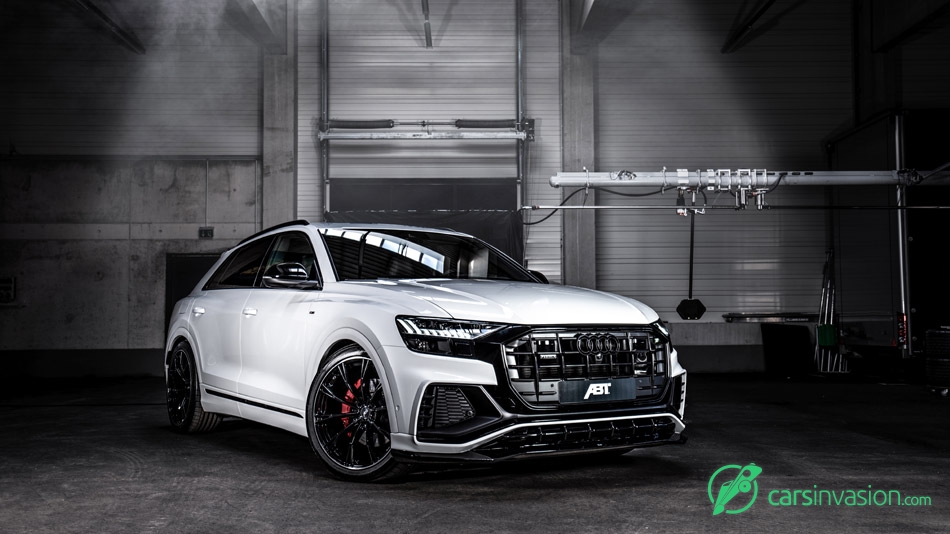 In order to give the Audi Q8 50 TDI the ABT Power boost, the Bavarian company installed the auxiliary ABT Engine Control (AEC) unit to improve its performance. The engine block can now deliver 330 HP (243 kW) instead of 286 HP (210 kW). The upgrade also increases the torque from 600 to 650 Nm. Furthermore, this Q8 has been fitted with the ABT Level Control to enable electronic lowering of the standard air suspension. But while we are on the subject of "Q": Bond's technical mastermind would certainly have appreciated the work carried out by ABT Sportsline as he was always keen to make changes to series-production vehicles.

You won't find ejection seats and rotating number plates on the ABT Audi Q8 50 TDI but the new body components that are being premiered in Geneva on booth 1244 in Hall 1 are still a sight to behold. The ABT front skirt add-on with front blade and air inlet panels, ABT rear skirt set, including rear skirt add-on and fins, ABT rear wing and ABT emblem set are all available in a glossy black finish. The overall look is rounded off by the 10x22-inch ABT SPORT GR wheels. This model with its strongly concave rim base is available in matt black with diamond-polished surface or in glossy black with diamond-polished rim flange. Yet ABT Sportsline is not only presenting the already familiar GR wheels in Geneva but also a surprise in the form of 23-inch rims.

The interior also has some special effects to offer such as the start-stop switch cap in a high-quality metal finish. It lets car connoisseurs know that a really powerful engine is waiting to burst into life at the other end of the "hot wire". The ABT integrated entrance lights is another cool gadget that projects the logo of the tuning company onto the asphalt when the door is open. Would you also like some carbon design? ABT Sportslineadditionally offers a stylish shift knob cover, a shifting gate cover and seat frame covers.