Today, the Chrysler brand announced its return to the China market at the 2012 Beijing International Automotive Exhibition. To commemorate this important occasion, Chrysler unveiled the 300 Ruyi design concept, a vehicle based on the innovative Chrysler 300C sedan and catering to the tastes of Chinese customers.

The ruyi and its significance in Chinese tradition inspired designers in creating the unique concept vehicle especially for China. Ruyi means "as one wishes" and takes the form of a curved decorative object, like a scepter, that symbolizes prosperity. A ruyi is often crafted of precious materials with beautiful design, carrying a promising meaning of abundant good fortune.

"We celebrate our reentry into China with a vehicle that symbolizes an auspicious beginning for the Chrysler brand," said Saad Chehab, President and Chief Executive Officer – Chrysler Brand, Chrysler Group LLC. "By integrating our distinctive American design and technology with timeless Chinese inspiration, we are looking to attract an emerging set of customers who are driven and dare to be different. We look forward to gathering the reaction of Chinese customers to the Chrysler 300 Ruyi, to surprise them with future models incorporating elements that we can see today in this design concept." 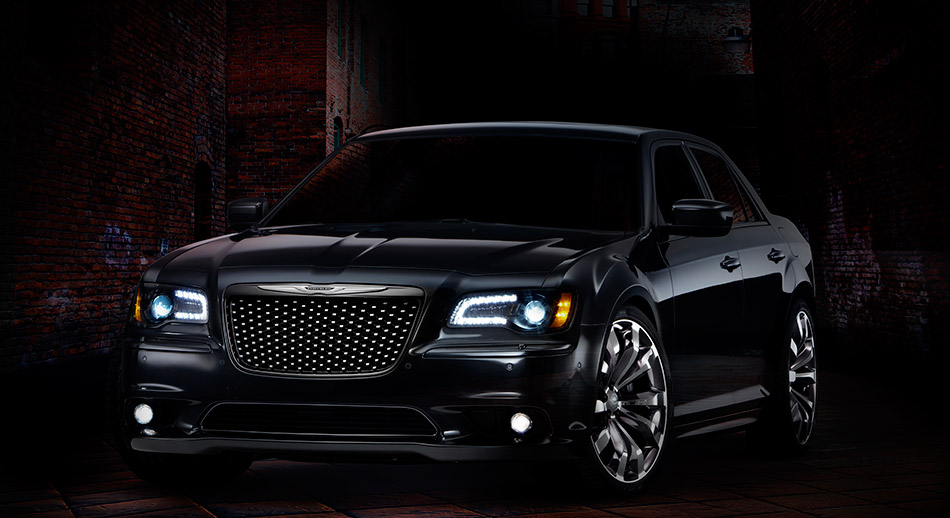 The Chrysler brand also displayed the 300C sedan and Grand Voyager MPV – the first two models to arrive for sale in China. The Chrysler 300C Luxury Series will be equipped with an eight-speed automatic transmission mated with the award-winning 3.6-liter Pentastar® V-6 engine and will begin sales in mid-2012, while the Grand Voyager is planned to follow in the fourth quarter of this year.

Since 1925, the Chrysler brand has delighted customers with daring American design, leading technology, craftsmanship and premium features ever since the first Chrysler vehicle was sold. Now the brand is returning to China with a promise to deliver upon those values, with a proposition that exceeds expectations.

Cultural cues from the Chinese ruyi were the inspiration behind the Chrysler 300 Ruyi design concept. Looking to enhance the car's upscale and urban composition, designers started with a Maximum Steel exterior color and added dark chrome to the exterior door handles, grille surround and lower grille tracer.

The premium Chrysler wing badges and headlamps contrast with low side sills, rear fascia and dual exhaust tips, giving the car an elegant yet sporty look.

Final exterior touches include a polished ruyi-inspired signature grille with dark chrome throats, bluish steel-grey tinted glass (to be in harmony with the Maximum Steel body color), a ruyi Chinese character badge on the deck lid and a ghosted speed stripe running along the side character lines.

Probably the most exotic exterior feature, and one that pays direct homage to the ruyi, are the proud 22-inch concept alloy wheels. These ten-spoke wheels feature spokes designed with a curvature reminiscent of a ruyi scepter. The spoke faces are polished with dark chrome pockets, and the Chrysler wing badge is placed on the center caps.

Interior appointments are given many unique finishes like black chrome on the outer dash vents, navigation screen and center dash vent surrounds, gauge rings, steering wheel rim and door handles. Brushed patterned trim is incorporated in the center console, upper door panels and flanking the dashboard. Machined metal accent trim is found surrounding the shift gate, both center console storage areas, upon the door and on the steering wheel spokes.

The Chrysler 300 Ruyi concept is equipped with the "Engine of the Year" 3.6-liter Pentastar V-6 engine and an eight-speed automatic transmission driving the rear wheels.

A traditional ruyi has a long S-shaped handle and a head fashioned like a cloud. Ruyi symbolize authority, prosperity and good luck in Chinese tradition, and they date back to the Han Dynasty in the first century AD, especially flourishing during the Qing Dynasty (starting in the 17th century) when they became highly valued gifts. Ruyi are often associated with cloud motifs and can be found in art and architecture, appearing in knot and rug patterns, sculpture, paintings and even modern corporate logos.