Internally codenamed Project 176, the Punto was announced in September 1993 and launched in early 1994 as a replacement for the ageing Fiat Uno. The Punto was voted European Car of the Year for 1995. The Punto's distinctive clean-cut styling by Giorgetto Giugiaro was an instant hit (though one of the car's most recognisable features, the vertical tail lights, were not part of Giugiaro's original design and were in fact added later in-house at Fiat). Competitive pricing which undercut rivals such as the Opel Corsa and Volkswagen Polo also helped the Punto become an instant success in the marketplace.

Entry-level in the Punto range were the 1.1 and 1.2 L petrol engines and the 1.7 diesel. A more powerful 1.6 Sporting was also available (replaced in 1997 by more economic 16 valve 1.2 unit), but the best performing version was the 1.4 GT Turbo - capable of running 124mph and reaching 60mph in just 7.9 seconds using an evolution of the turbocharged 128 SOHC engine originally found in the Fiat Uno Turbo Mk II. A cabriolet (convertible) version was also available; built by Bertone (rather than at the main Fiat factory) it featured a powered fully-retracting roof and was one of the cheapest open-top cars in the world at the time. 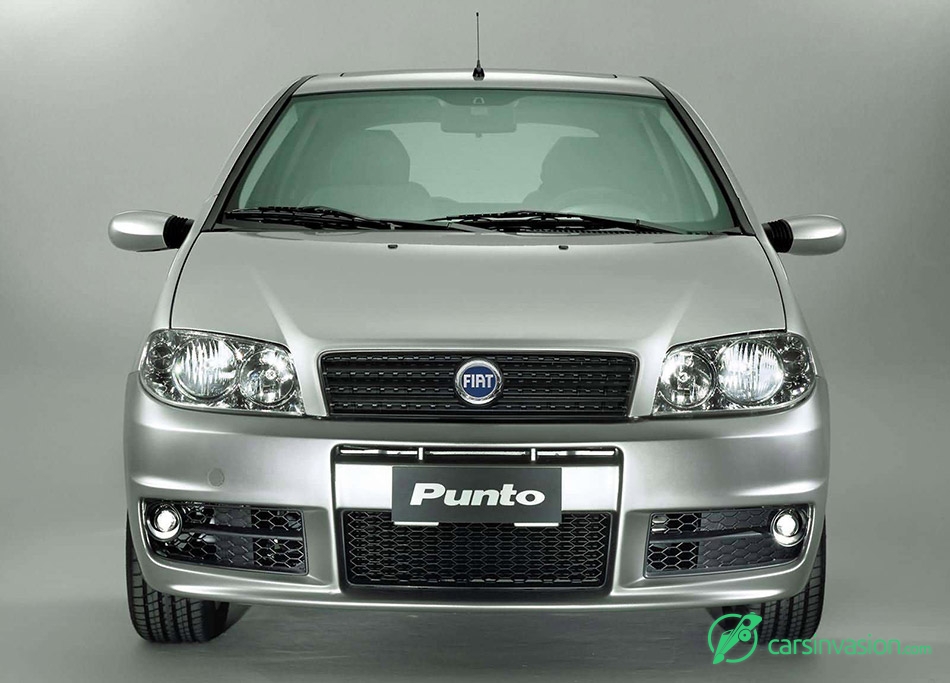 The second generation Nuova (New) Punto, codenamed Project 188, was launched in 1999. The styling was all-new while retaining the original Punto's distinctive shape and design, while the chassis and interior were completely overhauled. The new Punto also became the first Fiat in decades to carry the original round Fiat badge, to celebrate Fiat's centenary.

The 1.1 and 1.4 turbo engines were discontinued due to emissions issues, and the entry-level models had only a 1.2 petrol unit (with either 8 or 16 valves, giving 60 and 80 hp respectively) or a 1.9 diesel (with or without common-rail injection). Two sporty versions vere offered. The 1.2 16 valve Sporting model, complete with 6 speed gearbox, and the hot 1.8 HGT which could reach almost 130 mph. The HGT accelerates 0-60 in 8.6 secs which is slightly slower than the Mark 1 GT on a straight line, but was considered a big improvement in handling.

The Mark two Fiat Punto has also adopted Dualdrive electric power steering and comes with two operation modes, using an electric motor, rather than a hydraulic pump driven by the engine. This results in reduced fuel consumption and less environmental impact.

In early 2003, Fiat celebrated the rollout of the 5,000,000th production Punto. In the same year, the Mark 2 revision B revamp brought further revisions to the platform, including extensive changes to the exterior styling and the dropping of the 1.2 L Sporting in favour of a new 1.4 16v engine, and the introduction of the 1.3 L common rail diesel MultiJet engine. The round Fiat badge, found only on the bonnet of Mark 2 models, was introduced on the tailgate of the Mark 2B. On 1 June 2005, Fiat produced the 6,000,000th Punto at the Melfi plant. This Punto is currently the fourth-best selling supermini in Europe.

In October 2005, Serbian manufacturer Zastava reached an agreement with Fiat to make this version under licence with the model name Zastava 10.