Honda unveiled its ultra-sporty Civic Concept at the New York International Auto Show as the brand prepares to launch its completely reimagined 10th-Generation Civic models beginning this fall. With a sharper focus on spirited performance and class-leading versatility, the new Civic lineup will include Civic Sedan, Coupe and Si models along with the return of the Civic hatchback, followed by the launch of a new Civic Type-R as the performance flagship of the Civic lineup. The new Civic also will be the first U.S. model to apply new VTEC® Turbo engines from the company's Earth Dreams Technology™ powertrain series. 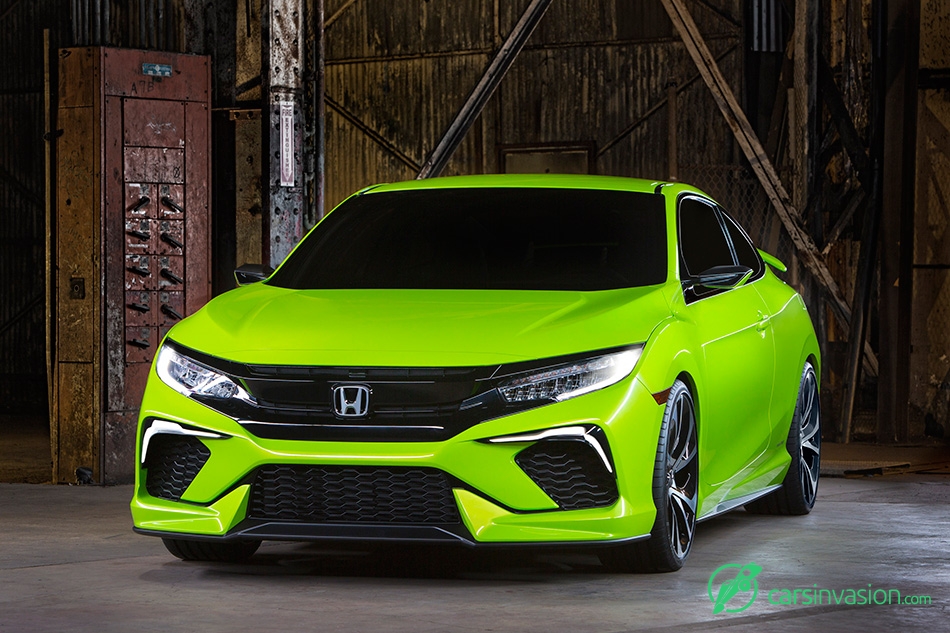 "The new Civic will be, flat out, the most dynamic, the most technologically advanced and the most refined and stylish Civic we've ever made," said John Mendel, executive vice president, Automobile Division, American Honda Motor Co., Inc.  "In every way, this will be an epic Civic."

The Civic Concept provides a tantalizing glimpse forward to the thrilling design direction for the all-new 10th-generation Civic lineup launching in the U.S. this fall. Featuring a longer wheelbase and lower, wider stance, the new Civic emphasizes its aggressive personality and the engaging experience it will provide behind the wheel. Proportionally it boasts a longer hood, a shorter front overhang, a more set-back greenhouse and a shorter rear deck, lending the Civic a more athletic and "in motion" appearance.

The low and wide proportions are underscored by its more aggressive wheel-to-body relationship and pronounced fender arches. Its sporty and expressive face is highlighted by bright new LED headlights flanking the "Flying H" Honda grille which is supported by deeply sculpted lower air intakes.

"Charismatic, connected and athletic, our goal was to create a design that is emotional and sporty yet with a sense of timelessness and simplicity," said Guy Melville-Brown, Exterior Design Leader of the Civic concept, Honda R&D Americas, Inc. "In this we set out to create a vehicle that goes beyond the superficial and embraces the very philosophy of what a true Civic should be; it's a real game changer."

The 10th-generation Civic is based on a compact platform that targets benchmark levels of efficiency, dynamic performance, safety and manufacturing productivity. Leveraging this new platform in conjunction with new Earth Dreams Technology™ powertrains – including a new 1.5-liter VTEC® Turbo engine with direct injection, a short-shifting 6-speed manual transmission, and a new, more sporty and efficient continuously variable transmission (CVT) – the Civic will target class-leading fuel economy ratings and fun-to-drive performance with near-luxury levels of cabin quietness and ride refinement. 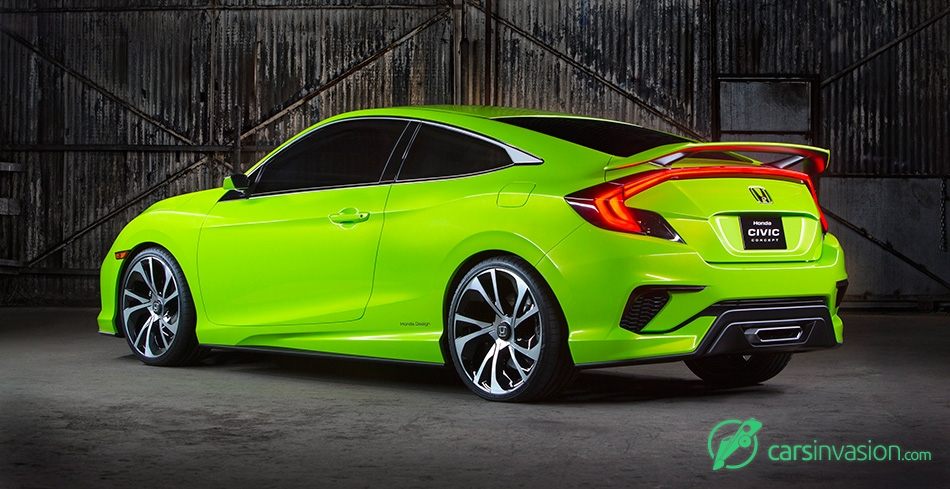 The new Civic marks the first time that global development of both the sedan and coupe models is being led by a North American R&D team, with design led by a team from Honda's Los Angeles design studio and development centered in the company's Raymond, Ohio vehicle development center. The North American version of the Civic Sedan will be produced in Greensburg, Indiana, and in Alliston, Ontario. The Civic Coupe and Si models will also be manufactured in Alliston. The VTEC Turbo engine will be produced in Anna, Ohio with engines also produced in Alliston. The CVT will be produced in Russells Point, Ohio. Together, these four Honda plants have invested in new equipment, processes and training to prepare for new Civic production, which will use domestic and globally sourced parts. Production of the five-door hatchback will take place at the company's Swindon, UK plant.