The Lotus Type 119c soapbox, which topped the timesheets in the 2004 Goodwood Soapbox Challenge, claimed its second consecutive title and record in the Brooklands Soapbox Derby, at the Brooklands circuit in Surrey, on 16 July 2006. This earns Lotus a place in the history books as being the most successful soapbox racing team ever in UK downhill gravity racing competition.

Paul Adams, who was once again at the wheel of the Type 119c closed-cockpit "streamliner," dominated the practice run on the historic course from the very start, finishing ahead of closest rivals and last year's competition winners, Lola Cars, by posting a fastest time of 72.4 seconds, just 0.6 seconds shy of last year's record. 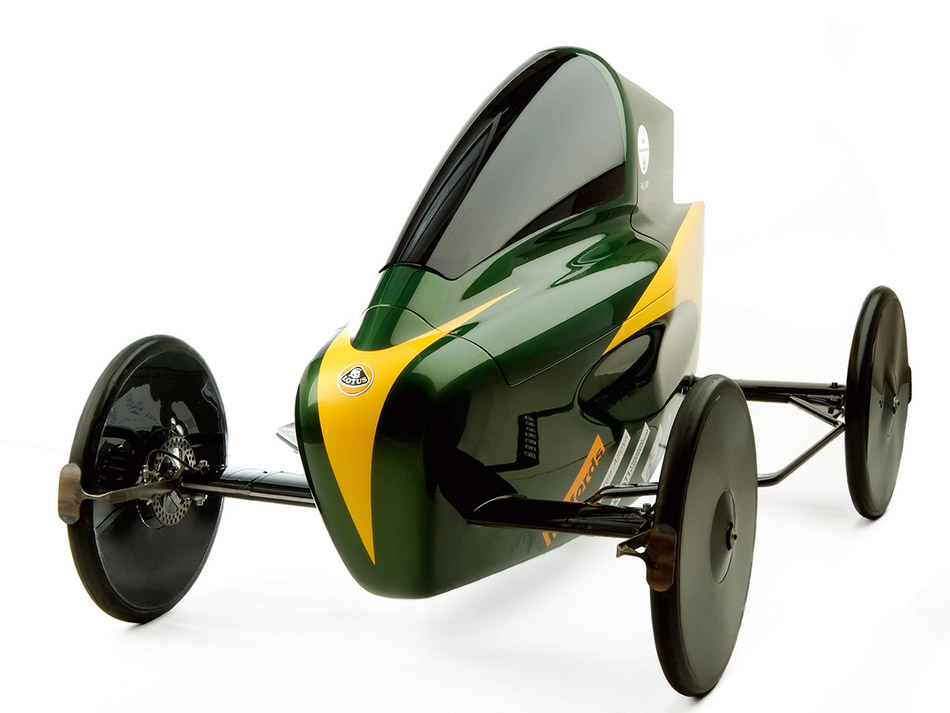 The pace-setting performance continued, breaking the 2005 record in the very first of six competitive runs with a time of 68.5 seconds, leaving second placed Lola 1.8 seconds adrift in the opening round. It then proved difficult for both Lola and the remaining entrants to match the blistering pace of the Lotus. Adams, having mastered the sweeping curves and the historic banked section, went on to smash the record further in the second official timed run with an even faster time. He set a new course record of 67.7 seconds, 4.1 seconds quicker than last year's top time, reminiscent of the stunning performance at Goodwood in 2004.

Not taking any chances until the chequered flag, the Lotus continued to battle, and posted a time on the final run which was within just 0.10 seconds of the new record. In only the second race on the Brooklands circuit since 1936, the Lotus team mounted the top step of the podium to aptly receive the winner's trophy from Sir Richard Noble, who successfully piloted Thrust 2 to the Land Speed record in 1983, before becoming Project Director for the Thrust SCC Land Speed Record in 1997.

Commenting on the day's racing in the Brooklands Soapbox Derby, Paul Adams explains "Taking a second win in the Type 119c is very special, and I am extremely proud to be bringing another trophy back to Hethel. It is a testament to all the hard work and dedication of all those involved at Lotus. The racing was both fun and very close, which I thoroughly enjoyed. It is a great event."

The Lotus Type 119c will continue to be used for marketing activities as a demonstration of capability of Group Lotus.