The wait is over: Mazda's SKYACTIV-D 2.2-liter clean diesel engine has arrived, hand-in-hand with the all-new 2014 Mazda6, the latest – and sexiest – beauty to emerge from the brand's KODO design-inspired lineup. Making its North American debut today at the Los Angeles Auto Show, the highly-anticipated mid-size sedan will go on sale in January 2013 and be equipped first with a SKYACTIV-G 2.5-liter gasoline engine. The SKYACTIV-D-equipped version will follow suit during the second half of the year, making Mazda the first Asian manufacturer to offer a modern-technology clean-diesel engine in a noncommercial vehicle. The 2014 Mazda6 also will be the first production vehicle to feature Mazda's capacitor-based brake energy regeneration system called i-ELOOP. 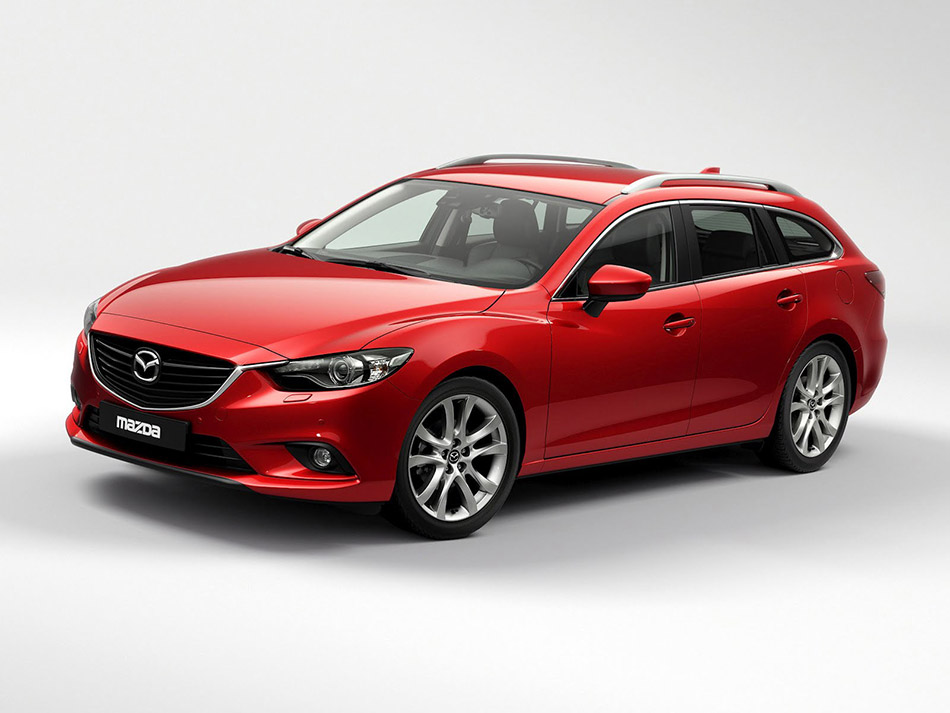 "We've dangled the carrot long enough and we couldn't be more excited to officially introduce North America to our latest next-generation product, the 2014 Mazda6, as well as showcase even more engineering accomplishments under our SKYACTIV®1 TECHNOLOGY umbrella with the SKYACTIV-D clean diesel engine and i-ELOOP," said Jim O'Sullivan, president and CEO, Mazda North American Operations (MNAO). "As Mazda continues to grow and SKYACTIV
TECHNOLOGY continues to offer real-world efficiency and performance, our Los Angeles announcements are only tips of the iceberg. The best is yet come." Strongly influenced by the TAKERI Concept, the Mazda6 makes no excuses for its style, safety and spunk – qualities usually absent in a mid-size sedan. The KODO "Soul of Motion" design language commands and creates every facet of the vehicle's handsome sheet metal, from its alluringly swept elongated hood and cab-forward proportions to the chiseled steel shaping its frame, the Mazda6 suggests power and elegance before the gas pedal is even floored to go.

To be available with a choice of SKYACTIV transmissions in either the SKYACTIV-Drive sixspeed automatic or SKYACTIV-MT six-speed manual, official EPA fuel economy numbers for the
2014 Mazda6 are not yet available but are targeted to be class leading.

Nestled under its expansive hood lies a choice between the 13:1 high-compression ratio SKYACTIV-G 2.5-liter gasoline engine or the new SKYACTIV-D 2.2-liter clean diesel engine, which offers an impressively low compression ratio of 14:1. The SKYACTIV-G 2.5L is estimated to achieve a lead-foot worthy 184 horsepower at 5,700 rpm and 185 lb-ft of torque at 3,250 rpm.

Performance estimates for the SKYACTIV-D clean diesel engine are not yet available. Expected to offer a high amount of torque as well as cleaner combustion, the SKYACTIV-D 2.2L is 10 percent lighter than the current MZR 2.2-liter diesel engine sold in other global markets.

Other improvements include internal engine friction reduced by 20 percent and improved fuel economy. This is achieved by using a new two-stage turbocharger, which delivers a smooth and steady response across the engine range (up to 5,200 rpm). Also, with an ultra-low compression ratio, the SKYACTIV-D diesel engine burns cleaner and discharges fewer nitrogen oxides to produce virtually no soot, thus requiring no additional NOx aftertreatments, which is typical of conventional diesel engines.

An all-new safety component called Smart City Brake Support (SCBS) will be offered and is designed to assist a driver in avoiding front collisions when traveling at speeds of less than 20 miles per hour. An imbedded laser sensor detects an obtrusive object and will reduce the brake rotor travel to quicken braking should the system calculate that there is a risk of a collision occurring. If the driver fails to perform an avoidance maneuver, the SCBS system will activate an automatic braking function.

Derived from "Intelligent Energy Loop," i-ELOOP, Mazda's in-house developed brake energy  regeneration system, also is all new and makes its first production vehicle appearance in the 2014 Mazda6 after first being introduced globally on the TAKERI Concept. As part of a growing number of fuel-saving technologies, regenerative braking systems use an electric motor or alternator to generate electricity as the vehicle decelerates, thereby recovering a portion of the vehicle's kinetic energy to power electrical components, such as air conditioning and audio features. Such systems used in hybrid vehicles typically require a bulky electric motor and a heavy battery.

i-ELOOP is the world's first capacitor-based brake energy regeneration system to provide power all the electrical mechanisms in a vehicle. Other capacitor-based systems have been used to provide electricity to a single vehicle component or motor. Compared to systems utilized in hybrid vehicles, i-ELOOP avoids the need for a dedicated electrical motor and battery, making the system more efficient, compact and lighter than traditional systems. Also, capacitors have the ability to charge and discharge rapidly and are resistant to deterioration despite prolonged use. In real-world driving conditions, which can feature frequent acceleration and braking, i-ELOOP is expected to improve overall fuel economy but is dependent on road conditions and driving habits.

Mazda North American Operations is headquartered in Irvine, Calif., and oversees the sales, marketing, parts and customer service support of Mazda vehicles in the United States and Mexico through nearly 700 dealers. Operations in Mexico are managed by Mazda Motor de Mexico in Mexico City.