A new entry-level diesel model being launched in September 2009 promises to deliver exceptionally economical driving fun. The MINI One D showcases the qualities of its state-of-the-art diesel engine as part of an attractive entry-level package. The drive system is based on the 1.6-litre diesel engine from the MINI Cooper D. Featuring a turbocharger and common rail direct injection, the new version of this four-cylinder unit develops peak output of 66 kW/90 hp and maximum torque of 215 Nm/158 lb-ft.

Like the petrol-driven MINI One, the new MINI One D provides a particularly economical entry into the world of the MINI brand defined by unique driving fun and premium quality.

Instantaneous pulling power and impressively low fuel consumption are also keynote attributes of the MINI One D. Its 1.6-litre four-cylinder engine features common rail direct fuel injection and a turbocharger with variable turbine geometry for optimum development of power throughout the entire range of engine speed. 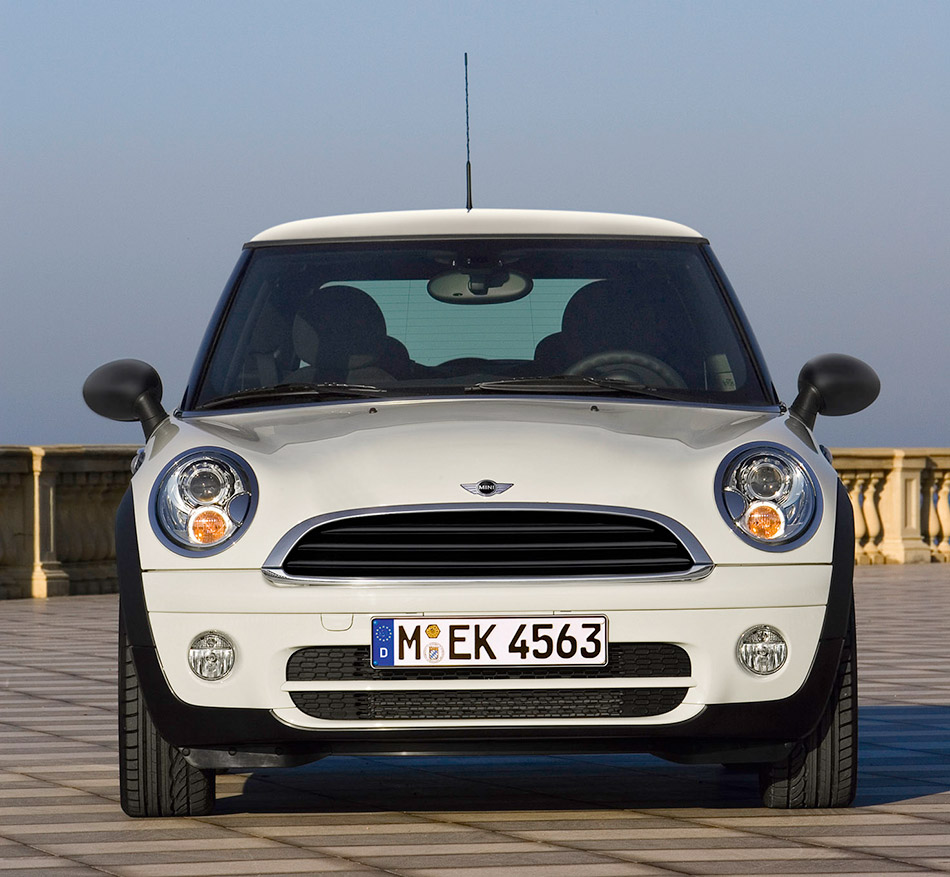 The new MINI One D comes as standard with a diesel particulates filter and numerous efficiency-enhancing measures, which make an effective contribution to the reduction of both fuel consumption and emissions. These include Brake Energy Regeneration – which concentrates the generation of power for the on-board power supply on periods when the car is braking and in overrun – and the Auto Start Stop function, which switches off the engine when the car stops at the traffic lights or a road junction.

The MINI One D also comes with a gearshift point indicator advising the driver when to change gear for an efficient style of driving. Average fuel consumption of the MINI One D in the EU test cycle is 3.9 litres on 100 kilometres, equal to 72.4 mpg imp, while CO2 emissions stand at 104 grams per kilometre.

A precise six-speed manual gearbox makes every burst of acceleration in the new diesel a genuine pleasure. As with all the brand's models, drive power goes to the front wheels of the MINI One D and – like on the other models – a central feature of the car's character is that go-kart feeling so typical of the brand.

This delightfully agile handling is underpinned by a combination of the McPherson spring-strut front axle, multi-link rear suspension and Electrical Power Steering (EPS). Speed-related steering assistance guarantees both low steering forces when parking and precise response at high speeds on the motorway. At the same time EPS also enhances the efficiency of the car, with the electric motor only active and using energy when steering assistance is required or desired by the driver.

The safety features on board the MINI One D include front airbags, a head airbag in the roof and a thorax airbag in the seats, and all four seats are fitted with three-point inertia-reel seat belts. All restraint systems are controlled by central safety electronics complete with sensors, and are operated as a function of the type and intensity of a collision, that is according to actual requirements.

Standard equipment on this new entry-level diesel MINI matches that of the MINI One and in its looks the car likewise shows parallels with its petrol-driven counterpart. The MINI One D also boasts a roof in body colour, while its model-specific rendition of the hexagonal radiator grille so typical of MINI stands out from the other model variants through a chrome surround and black crossbars.

Like the MINI One, the MINI One D also has black mirror caps and a black boot lid handle, and the chromed tailpipe is the same as that on the exhaust system of the MINI Cooper D.

Introduction of this new entry-level diesel adds further to the broad variety of the MINI model range. For in addition to the two diesel models – the MINI One D and MINI Cooper D – customers can also choose from the petrol-driven MINI One, the MINI Cooper and the MINI Cooper S, as well as the particularly sports-oriented performers from MINI ­John Cooper Works.

All models are built according to the strict quality standards of the BMW Group at the MINI Plant in Oxford.

The MINI One D is also available with the extensive selection of optional extras and accessories which allow every MINI to become a personalised one-off example of its kind.