It has driving fun in its genes - and it seems that the chromosomes are responsible for its stunning appearance, too. The new MINI is dazzling wherever it goes, but the special equipment feature Chrome Line Exterior Deluxe finally transforms it in a truly irresistible eye-catcher. For decades, chrome surfaces have been applied to the headlamp, rear light and radiator grille surrounds as well as other typical design elements: for the first time, this feature is now extended to the entire body. The effect is instantly compelling: with the Chrome Line Exterior Deluxe, the MINI holistically reflects the aesthetic awareness of the brand and its fans.

The exclusive special equipment feature developed exclusively for the MINI 3 door will be presented for the first time to a group of selected guests on April 1st 2015. By way of a precaution, MINI expressly points out to photojournalists who wish to attend the event that it will be compulsory to wear sunglasses and that it is not possible to permit the use of flash due to physically uncontrollable reflections. 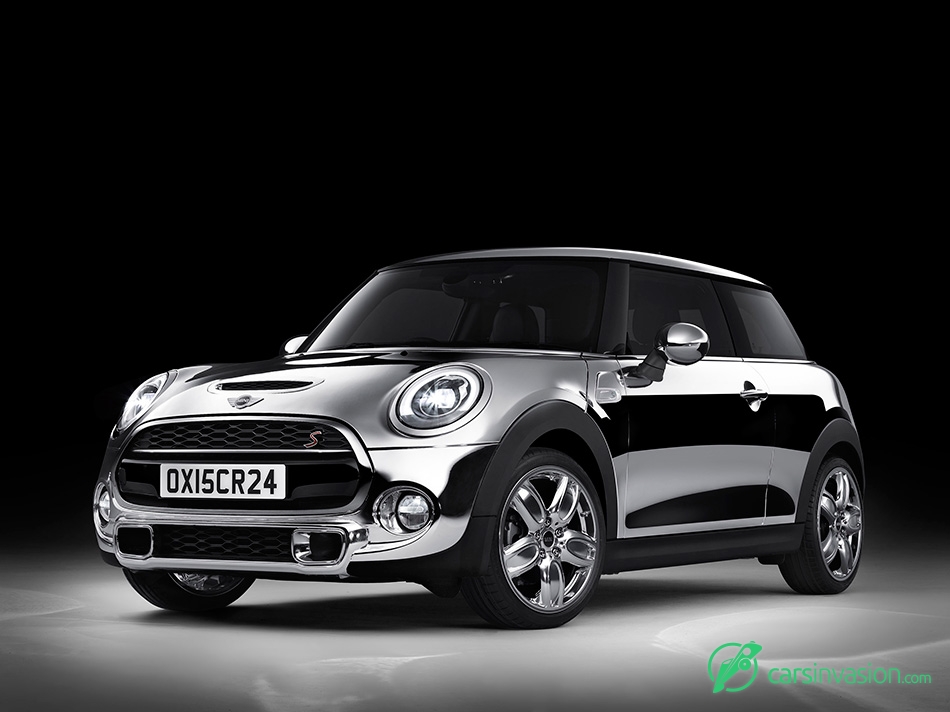 The special equipment feature Chrome Line Exterior Deluxe is the consistent continuation of a design principle that has been pursued ever since the classic Mini was launched in 1959. Chrome as an embodiment of unique visual details has been part of the MINI tradition for just as long as the go-kart feeling and the central instrument in the cockpit. Its sophisticated sparkle directs attention to those design features that have been typical of MINI for decades and make it the original in the premium small car segment. Since the launch of the latest generation of MINI, however, it is no longer enough to emphasise individual components. MINI has finally achieved the status of a fully integrated work of art. So it is only logical that the entire vehicle should be given a chrome surface as an optional extra.

The new special equipment feature will also impact on production processes at the MINI plant in Oxford, UK. The hall lights will automatically be dimmed during assembly of the new MINI 3 door with Chrome Line Exterior Deluxe. What is more, the operating speed of the conveyor belt will be reduced so as to give employees the opportunity to check their clothing and hair in the reflection of the MINI body.