The Geneva Motor Show represents the world premiere of the Nissan Terranaut, a 4x4 vehicle which is intended for explorers and those customers with a spirit of adventure who want to travel to the extreme corners of the globe. While, at the other extreme is the Pivo battery-powered city car, first seen at the Tokyo Motor Show in October 2005, which has been designed to serve customers who want freedom and mobility in the busiest of urban environments. 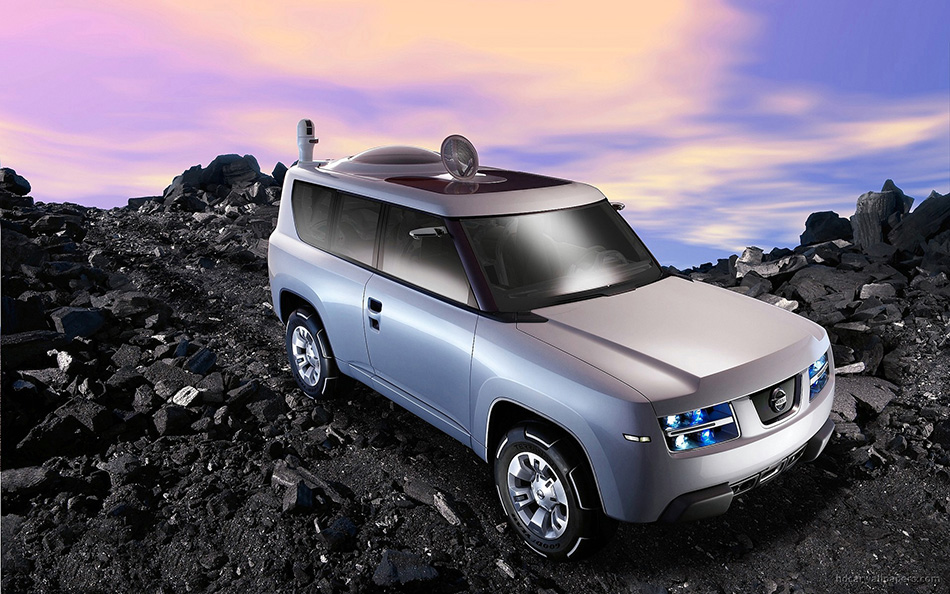 The Terranaut was conceived to serve as a mobile working environment for scientists, geologists, archaeologists or other adventurers who travel to the most challenging environments on the planet either for their work - or pleasure. Its cabin is designed to accommodate three people - a driver, a passenger and, in the rear, where a scientist or specialist is well served with a computer console, as well as communication and analysis equipment to support them in their work.

To accommodate the laboratory area within the cabin, the co-pilot's side of the car has just one door, while the other side has a pair of swing doors and no central B-pillar. By hinging the doors at the front and rear respectively, ingress and egress is made easy. Nineteen-inch wheels are covered by tyres specially constructed for Terranaut by Goodyear. Puncture proof, they function as conventional road tyres when the vehicle is being driven on metalled roads but, by changing air pressure, transform themselves into chunky off-road tyres.

Inside the vehicle, the spherical science laboratory dominates the entire cabin area behind the two front seats. A single revolving seat with an integrated computer keyboard is situated beneath the glass roof dome and gives the scientist complete 360-degree access to the various workstations found in Terranaut.