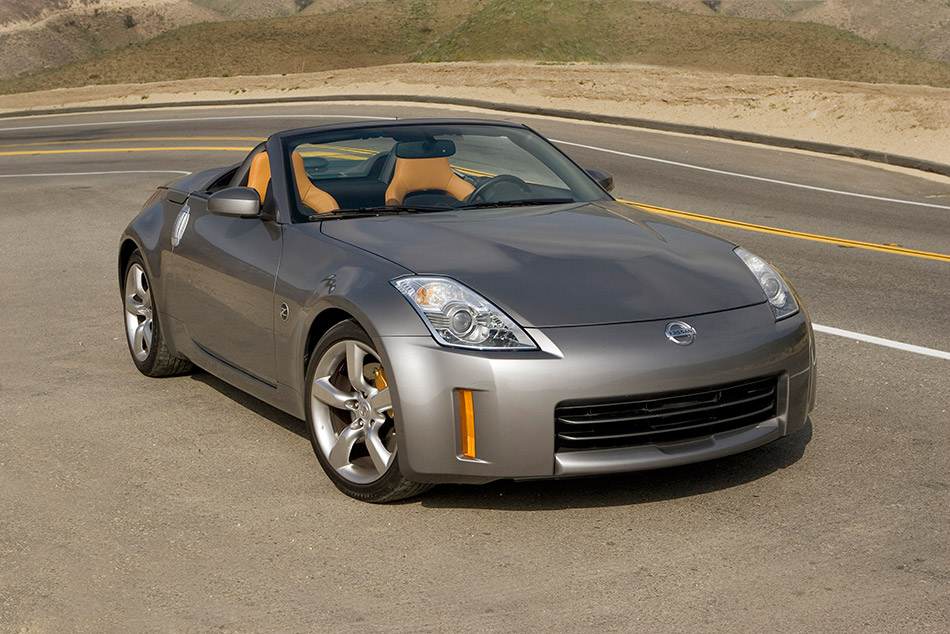 The Z® Roadster features a power-operated soft top with heated glass rear window, which transforms from top-up to top-down in about 20 seconds. The top stows compactly under a lightweight, powered tonneau cover, completely hiding the top when down. The three-lock, single latch system provides a secure seal, while also making the opening and closing process easier.

Numerous structural reinforcements were incorporated to strengthen the Z® Roadster unibody (versus the 350Z Coupe), including a center floor V-shaped cross bar connecting the side sills and a front A-shaped cross bar reinforcing the front end. Additional reinforcement was added at the door openings and to the seating area connecting the sides to the floor structure to help enhance rigidity.

A tempered glass wind deflector, located between the seats, directs wind out and over the cabin when the top is down, reducing interior noise. Seatbelt fasteners are standard to help keep seatbelts from flapping in the wind. As a result, the Z® Roadster is among the leading competitors for low top-down interior noise.

The Z® Roadster's instrument panel features three gauge pods consisting of the drive computer, oil pressure gauge and voltmeter, as well as modern touches such as the optional navigation system with a 7.0-inch display. The Z® Roadster also makes the most of available storage space, with a standard lockable luggage box capable of storing a briefcase and sufficient trunk space, even with the top retracted. The trunk has up to 4.1 cubic feet of useable room for storage.

The Z®'s FM (Front Mid-Ship) platform provides an optimized front-to-rear weight balance of 53/47. The FM platform, derived from racing technology, also places a strong emphasis on aerodynamics, especially on the control of airflow under the body.

The Z®'s suspension is a 4-wheel independent multilink design with extensive use of lightweight aluminum components and standard front and rear stabilizer bars.

The standard rack-and-pinion steering system features a vehicle speed-sensitive power assist, which provides comfortable steering effort at both low and high speeds. The system's two orifice sets (compared with one set for traditional power steering systems) work together to generate the appropriate level of steering effort for nearly every driving condition. The orifice sets are controlled by a solenoid valve and electrical control units.

The 2009 Nissan 350Z Roadster utilizes Nissan's "Zone Body" construction, providing front and rear "crushable" zones and a center occupant zone. The Z®'s body structure has been designed to create a high degree of structural and torsional rigidity. Key features include a double-panel floor, a double front bulkhead and large-section doorsills. 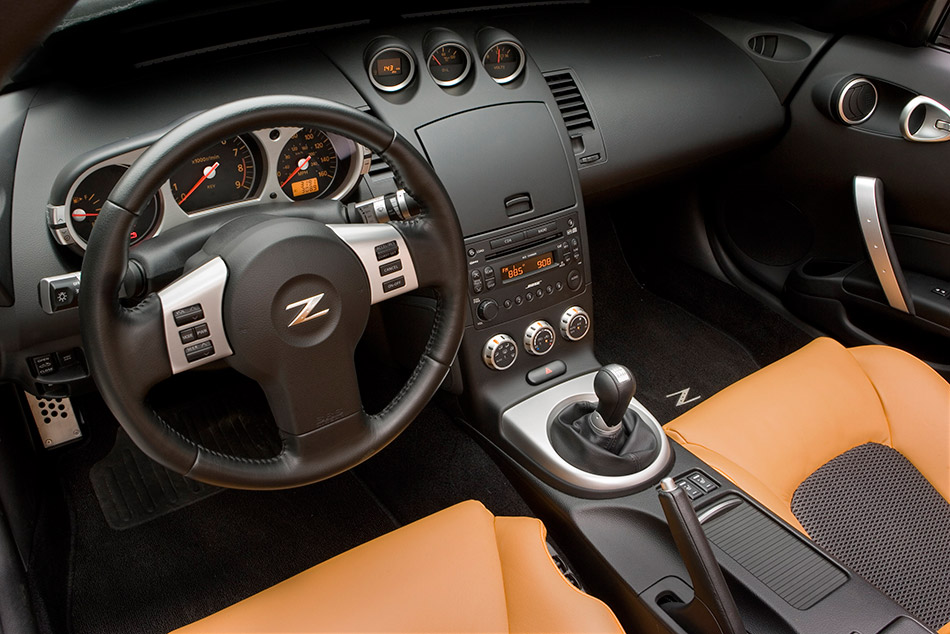 Two options are available on the 2009 350Z Roadster: a DVD-based navigation system with 7.0-inch LCD display (Touring and Grand Touring models only) and a grey top, which substitutes for the standard black top (Touring model only).