Combining true driving pleasure, distinctive and sporty design and a driver-oriented interior with excellent fuel mileage, the 2009 Nissan Altima Hybrid is a hybrid like no other. The Altima Hybrid, which joined the Nissan lineup in the 2007 model year, continues to offer the efficiency and fuel economy of a hybrid drivetrain with the performance and excitement typical of any Altima.

"Hybrids are top-of-mind for buyers seeking low emissions/high fuel-efficiency vehicles, but not all hybrids are created equal," said Al Castignetti, vice president and general manager, Nissan Division, Nissan North America, Inc. "When developing the Altima Hybrid, Nissan engineers had a requirement to make it a Nissan-style hybrid, not just a fuel efficient car. This is a key reason that the Altima Hybrid has done so well when stacked up against the competition, such as in the recent comparison by a leading automotive enthusiast magazine, which called the Altima Hybrid ‘the best' among the hybrids tested." 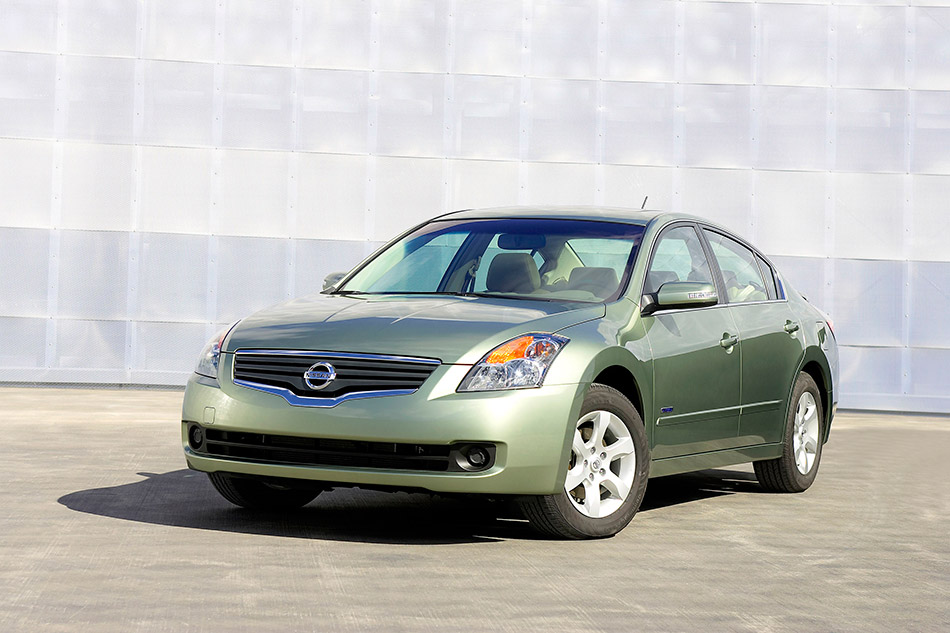 The Altima Hybrid is part of Nissan's ongoing efforts in the area of environmental protection and vehicle efficiency. The company's aim is to provide the right technology to the right market at the right time and right value to the customer.

In addition to Altima Hybrid, Nissan offers a wide application of its advanced Xtronic CVTä (Continuously Variable Transmission) in its 2009 passenger cars and crossovers and Flexible Fuel Technology (FFV) in the 2009 Titan pickup and Armada SUV. Nissan has also announced plans to develop electric vehicles as a strategic direction embedded in Nissan GT 2012, Nissan's new mid-term business plan, with the development of safe and low-cost lithium-ion batteries. A Nissan electric vehicle is scheduled for introduction in the U.S. and Japan in 2010. By 2012, Nissan has announced its plans to mass-market electric vehicles to consumers globally.

"Altima Hybrid's drive system creates a synergy between its electric motor and its gasoline engine, offering efficiency and excitement in the same attractive package," said Castignetti.

Altima Hybrid is estimated to have a hybrid system net power rating of 198 horsepower (148 kW). EPA fuel economy is estimated at 35 mpg City and 33 mpg Highway. Combined with Altima's standard 20-gallon fuel tank, the Altima Hybrid has a projected driving range of up to 700 miles between fill-ups.

The Altima Hybrid utilizes regenerative braking technology to recharge the hybrid system's batteries, meaning Altima Hybrid doesn't have to "plug in" to maintain a sufficient store of electric energy.

In order to recharge the battery, a generator places resistance on the driveshaft during braking. Altima Hybrid's Regenerative Brake System calculates braking force generated by brake pedal operation and controls the regenerative brake force to convert kinetic energy into electric energy, optimizing energy regeneration. The system converts the vehicle's kinetic energy to usable electric energy that is stored in the system's 244.8V Nickel Metal Hydride (Ni-MH) battery for eventual use by the electric motor.

The Altima Hybrid utilizes proven technology and components from Toyota Motor Corporation that are mated to Nissan's refined 2.5-liter engine.

Helping provide smooth acceleration and maximize powertrain efficiency is Altima Hybrid's hybrid system-specific eCVT, which works in conjunction with the Hybrid Vehicle-Electric Control Unit (HV-ECU) to determine which power source or combination of power sources will turn the wheels.

Altima Hybrid's electric motor produces high torque at low rpm, allowing it to utilize its Electric Vehicle (EV) mode to power the car from a standing idle and through initial acceleration without the assistance of the gasoline engine. While this stage of acceleration is a typical gasoline-only powered vehicle's least fuel-efficient stage, Altima Hybrid offers much of its fuel-efficiency benefits here.

A digital display on the speedometer indicates when the Altima Hybrid is running solely on electric power. The Altima Hybrid's available DVD navigation system also features a real-time display showing how the hybrid system directs the flow of energy.

"Altima Hybrid feels remarkably smooth – most drivers will never be aware of the transitions between the electric and gasoline power sources," said Castignetti. "Mostly what they will feel is highly responsive acceleration and the seamless delivery of power under almost all driving conditions."

The Altima Hybrid is one of three distinct choices for Altima buyers in 2009, along with the Altima Sedan and the Altima Coupe – each delivering a rewarding, engaging driving and ownership experience.

Serving as the foundation for all 2009 Altimas, including Altima Hybrid, is Nissan's advanced "D" platform. The platform includes a subframe-mounted front suspension, shock absorbers with rebound springs and equal-length half-shafts that are nearly parallel to the ground – virtually eliminating traditional front-wheel drive torque steer. 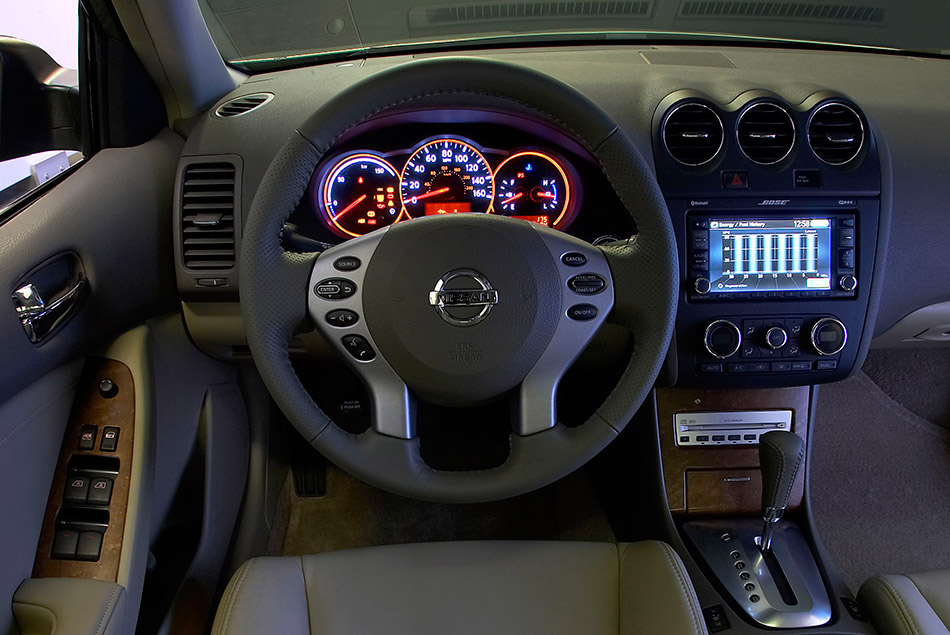 The 2009 Altima is assembled at Nissan North America – Smyrna Manufacturing.