Drawing inspiration from classic sports cars, the 2009 Pontiac Solstice coupe was created for drivers who appreciate both dramatic styling and balanced performance. Unveiled at the New York Auto Show as a GXP model, the Solstice coupe builds on the success of the convertible model while offering a greater range of all-season driving opportunities.

For drivers still wanting an open-air experience, the coupe also features a removable roof panel, fully opening the cockpit to all of the sensations of the road.

Todays Solstice is the top-selling roadster in the U.S., and we believe this new model has even broader appeal, said Jim Bunnell, Buick-Pontiac-GMC general manager. The coupe has all the design cues and pleasing performance of the original roadster, and is an all-season alternative for people who enjoy open-air driving.

The coupe is expected to arrive in Pontiac dealerships in early 2009. 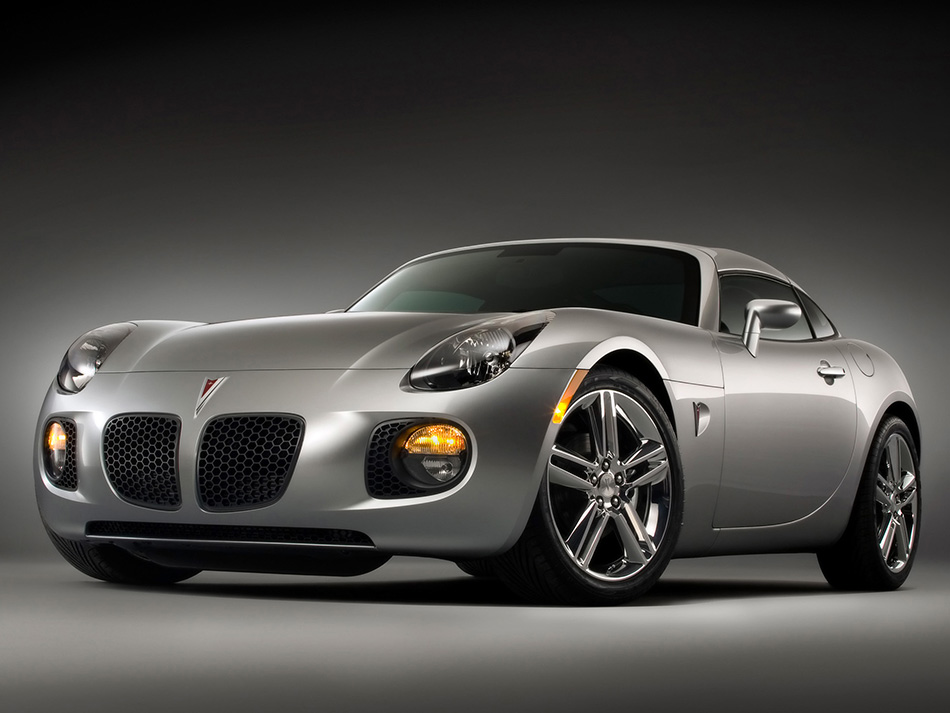 The making of a coupe

The new coupe was inspired by the Solstice coupe concept shown at the North American International Auto Show in 2002. True to the concept, it is a modern sports car with classic lines. The roofline has a fastback shape with stylized rails that run from the front of the roof to the rear, culminating in a stylish and functional ducktail-style rear spoiler.

The coupes roof is fixed aft of the B-pillars, with side windows and a rear liftglass for access to the cargo area. The roof panel is easily removed from the passenger compartment, and an optional soft roof cover stores in the cargo area. A home storage case for the roof panel will be offered through GM Accessories.

Despite its dramatic new look, engineers made only minor structural changes to create the Solstice coupe. The rear fenders and rear fascia are the same as those on the convertible. New taillight assemblies flow more smoothly into the tapered roofline.

The Solstice coupe represents a major collaboration of design and engineering, said Bruce Kosbab, chief engineer. The sleek lines of the new roof give the car a fresh appearance, yet only minimal changes were made to the body structure its a great example of building on an already solid foundation.

The roofs structure was strengthened with additional support elements, including an aluminum roof bow attached with aluminum brackets. The bow and brackets are stiff, yet low in mass, a design feature that pervades the coupes overall construction. The roof includes a lightweight sheet molding compound cover affixed to a rigid aluminum frame for additional lightweight support. A lightweight magnesium roof panel frame weighs just 31 pounds (14.2 kg) and can be removed by one person. The cover is also made of sheet molding compound.

Because the change to a coupe body style resulted in only a slight increase in curb weight, no drivetrain or suspension changes were necessary to shift from the convertible body structure. Initial tests have shown that the Solstice coupe will deliver ride and handling, acceleration, braking and fuel economy comparable to the convertible model.

The coupe is powered by a standard 2.4L Ecotec four-cylinder engine that generates 173 horsepower (129 kW), while the GXP version is equipped with a 2.0L turbocharged Ecotec engine with 260 horsepower (194 kW).

Much of the coupes interior remains the same as that of the convertible. However, the area behind the seats was redesigned for easy access to the cargo area, and a storage tray was mounted directly behind the headrests.