For the second year in a row, Mégane R.S. will be available in the colours of Red Bull Racing. In true Renault Sport style, this attractive limited edition version packs advanced technology. 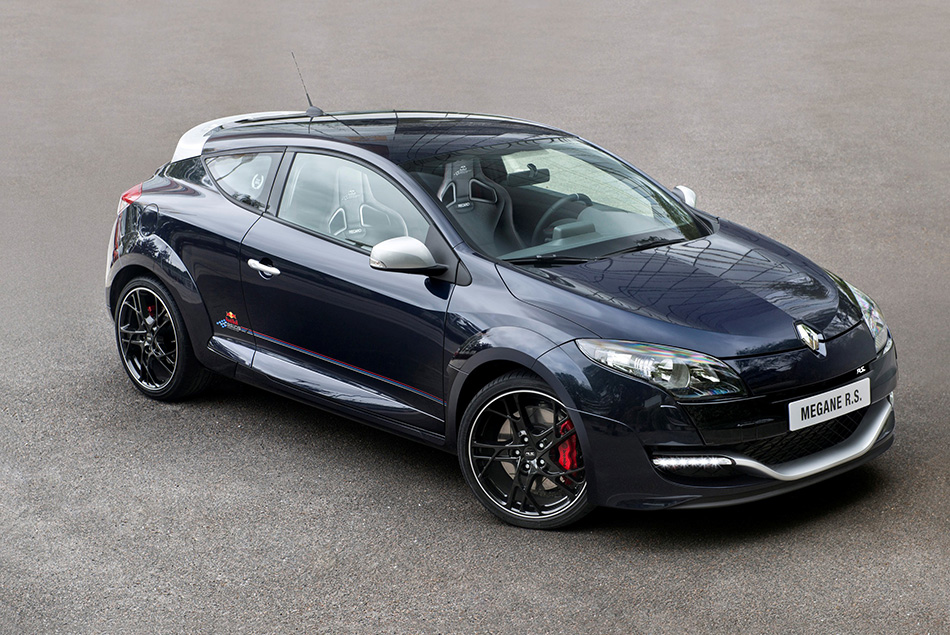 An exclusive look, the result of combined input from the Renault and Red Bull Racing design teams

The exclusive Crépuscule Blue finish takes its inspiration directly from the race team's famous colours, while Red Bull Racing graphics at the rear and on the sides are further tell-tale hallmarks of this limited edition car. In addition to its sporty credentials, it stands out as particularly elegant, too, thanks to exterior Platinum Grey details (F1 blade, door handles, door mirror housing and rear lip spoiler) which harmonise splendidly with the striking Crépuscule Blue body colour. Last but not least, a monochrome laurel on the rear side windows celebrates the team's 2012 Constructors' world title.

Inside, the new limited edition version comes with a number of exclusive features, including Red Bull Racing branding on the numbered aluminium sill guards and carpet mats. The same logo appears on the head rests of the Recaro seats which are trimmed in a new leather/fabric upholstery.

Looking to break records? Mégane R.S. Red Bull Racing RB8 is shod as standard with the same Bridgestone tyres that helped Mégane Trophy to establish a new lap record for the Nürburgring. These high-performance tyres are fitted to exclusive 19-inch black wheels with grey pin striping.

Advanced on-board technology thanks to Renault R-Link and R.S. Monitor 2.0

This limited edition version marks the availability of the in-dash, connected R-Link multimedia tablet for all Mégane R.S.'s. The system's six functions (navigation, telephony, multimedia, vehicle, systems and R-Link Store applications catalogue) are controlled using either the touch screen display, the voice command function or the joystick situated on the centre console.

Along with R-Link, there is now also the 2.0 version of R.S. Monitor which fans of sporty driving will particularly appreciate. Owners will no longer need to choose between using the navigation or on-board telemetry systems thanks to the TomTom Live navigation system which is incorporated in the R-Link system. 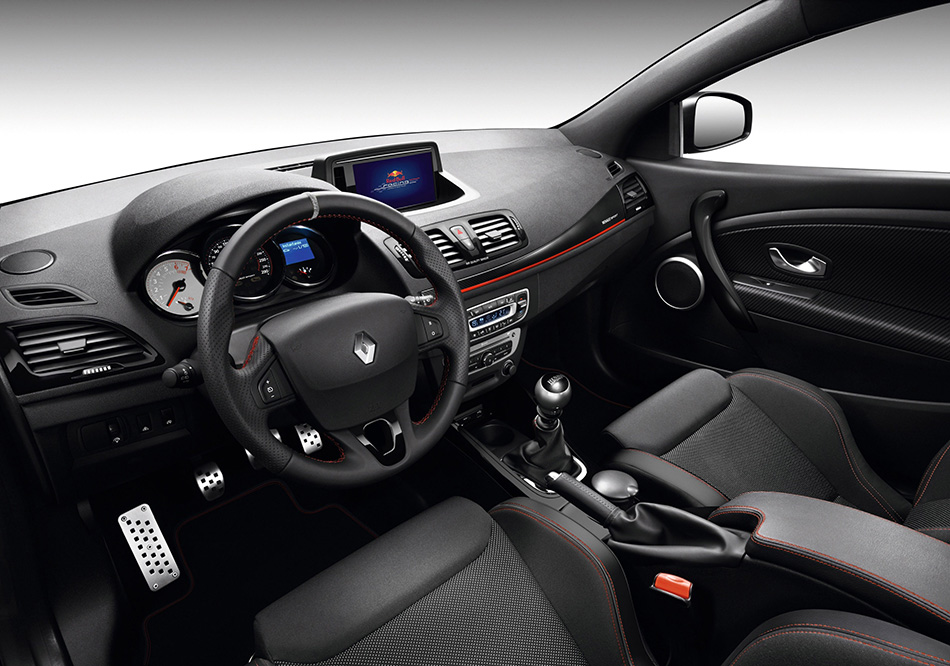 A Mégane R.S. first and foremost