ABT Audi AS5 Dark

Be it Batman or The Shadow: even heroes like dark clothes. The new ABT AS5 DARK is one of them and available as a Coupé or Sportback. Even without the optional ABT Power, the Bavarian styling package radiates superiority. "Designer Walter de'Silva is proud of his creation and rightly so – but as an AS5 DARK the Audi A5 is multifaceted and even more assertive", says CEO Hans-Jürgen Abt: "And since we are offering the comprehensive re-design for a bargain price right now, it's high time to visit your nearest ABT Partner." 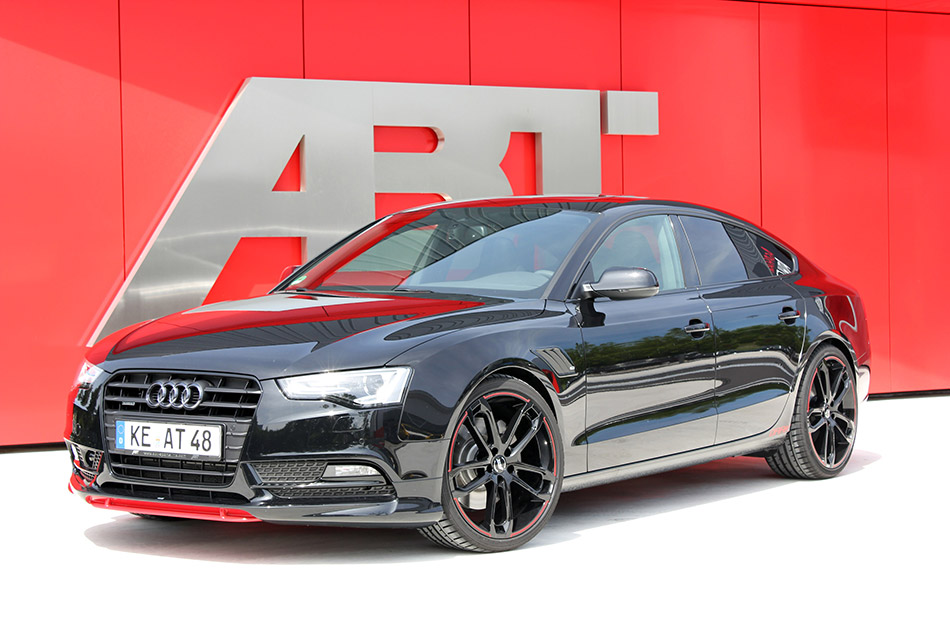 The Audi A5-based ABT AS5 DARK only fully comes into its own when painted or car-wrapped in black. The effect of the set, however, cannot be reduced to its colour, which is excitingly contrasted by bright red elements, e.g. on the front spoiler lip and the rear skirt set, which make the Audi A5's silhouette seem even more exciting. The Coupé also features a rear spoiler and side skirts.

Acoustically the ABT AS5 DARK is also "dark": the sonorous 4-pipe exhaust system has a compelling smoky "voice" and, depending upon the engine, emits quite a variety of sounds. And, needless, to say, the tailpipes are chrome-plated in black. Another highlight are the 20'' ABT CR wheels, making the car more muscular when combined with wide 265 tyres and wheel spacers. The red flange leaves a dynamic and aggressive impression and, when rotating, an almost hypnotic one through its spoke neck gaps. And since a real hero also needs his own logo, ABT Sportsline has adorned the AS5 DARK with letterings and emblems within and without. You also get the right set of floor mats, of course. After all, a hero's motto should always be "Stay clean!"