In the good old days, it used to be a difficult decision: A sports coupé was fun, but it was small. While a four-wheel drive car could go anywhere, it had a somewhat rustic look, and heavy touring saloons were just as comfortable as they were portly. Over the years, the compromises became smaller and the new Audi Q8 finally puts an end to these kinds of concessions. And for those who want a little more in terms of look and feel than the production version can offer, ABT Sportsline has the answer. For the model launch, the world's largest tuner for Audi and Volkswagen vehicles already offers a power boost, 22 inch wheels and several extras for the interior. 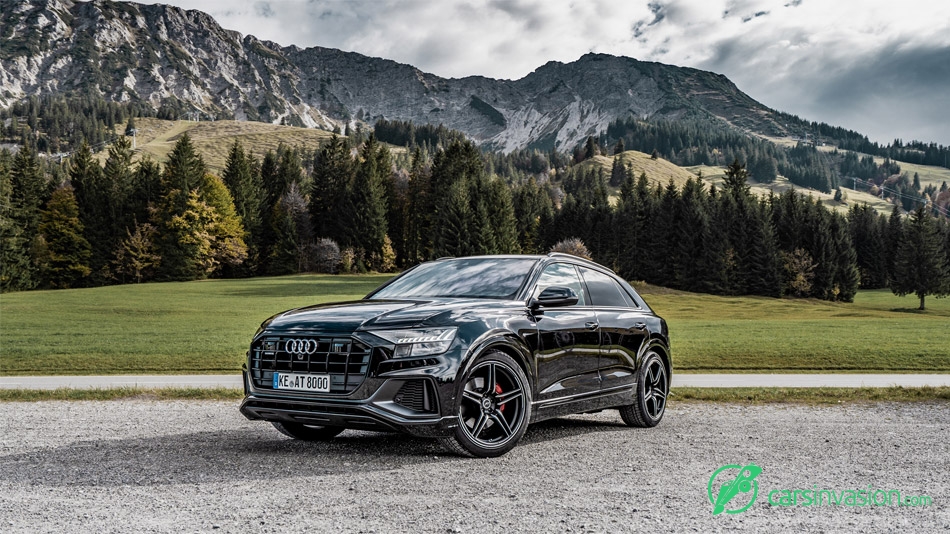 The "50 TDI" in particular combines driving pleasure and efficiency on long journeys: For one, refueling stops don't give the driver the feeling of soon having to file for bankruptcy. And to make that smile even bigger, the ABT Power boost package with the auxiliary ABT Engine Control (AEC) unit is also part of the range for the potent diesel engine. After a visit to the ABT training camp, the unit now offers 330 HP (243 kW) instead of 286 HP (210 kW), which is a plus of about 15%. The upgrade also increases the torque from 600 to 650 Nm. The AEC control unit, which was specially developed by the Bavarian tuner, ensures maximum reliability and optimum power delivery. Complex calibration runs on the chassis dynamometer and on public roads as well as comprehensive measures for engine protection and extensive warranties render this possible.

On request, the elemental force is brought to life with the ABT start-stop button cover with a high-quality metal look. It seamlessly blends in with the cockpit design of the Audi Q8, but still lets experts know that there is something very special hiding under the hood of this vehicle. The ABT integrated entrance light is another optional visual effect, projecting the tuner logo onto the asphalt when the door is open.

The mighty 10x22 inch ABT wheels, on the other hand, hardly ever mark the road surface thanks to the perfect power distribution of the vehicle. Instead, the attractive rims leave a permanent impression with anyone who sees them. Two interesting options are available: the sporty, elegant ABT FR in mystic black with front-polished double spokes – or the extremely present ABT SPORT GR. The wheel with the strongly concave rim base is available in matt black with diamond-machined surface or in glossy black with diamond-machined rim flange. However, the Q8 will get even cooler, soon! ABT Sportsline is already preparing a comprehensive Aero package.