As a premium partner of VW Commercial vehicles, ABT e-Line presents the ABT e-Caddy at this year's IAA in Frankfurt (12 - 22 September). The electric MPV will be on show to the public at the Volkswagen stand (A02, Hall 3). 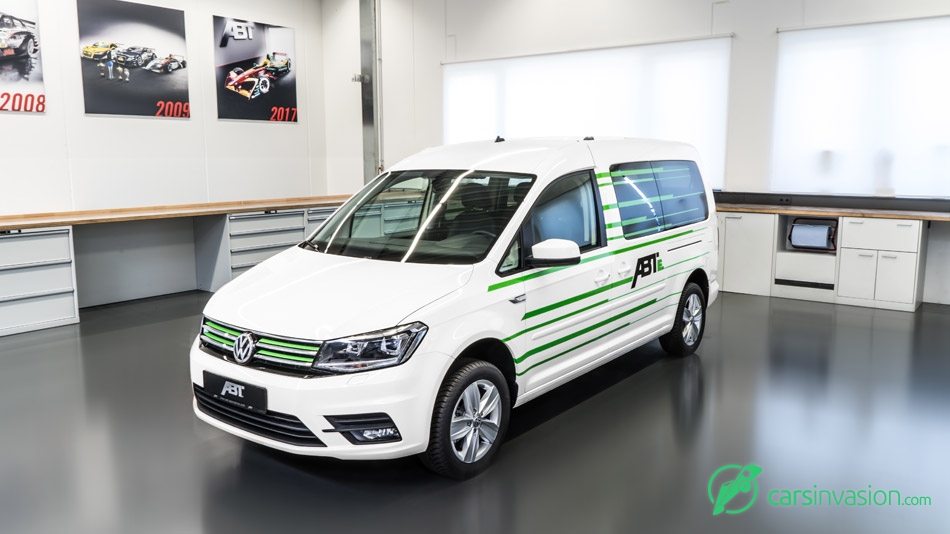 Reliable, flexible and versatile: The new ABT E-Caddy shares the same advantages that have made the Caddy Maxi with internal combustion engine a perfect all-rounder. The crucial difference: The new ABT e-Caddy is driven by a powerful electric motor (82 kW/200 Nm) and receives a constant supply of energy from a 37.4 kWh high-voltage battery.

This makes the e-Caddy with its five seats or up to 4.2 m³ of load space the most eco-friendly MPV in the world, ready for a wide range of applications. With a top speed of 120 km/h, the ABT e-Caddy easily keeps up, even on the motorway. After preliminary development, its range is now so wide that you can relax and criss-cross the city all day long. Whether as a craftsman to the customer, as a local taxi or transporting the family from school to the sports ground and afterward to the children's birthday. And if the power should start to run down, it takes under an hour to charge the 37.4 kWh battery via a CCS rapid charger, so you can continue on your way after lunch. In short, everyone can imagine themselves in the ABT e-Caddy: See it for yourself at the IAA in Frankfurt – one of the most important automotive trade fairs in the world – from 12 to 22 September at the Volkswagen stand A02 in Hall 3.

Competent and innovative – ABT e-Line brings excitement onto the road

As a traditionally innovative company, ABT Sportsline has been conducting research in the field of e-mobility since 2009. In 2013, the first VW Caddy converted to electric drive by ABT appeared on the road. Since then, the electric vehicles have driven several million kilometers

on delivery journeys. The experiences gathered during tough everyday use were a valuable contribution to the development of the next vehicle generation. The newly founded subsidiary ABT e-Line GmbH, which is fully focused on e-mobility, is responsible for this field of work.

With its involvement in the electric racing series FIA Formula E as the only German team, the ABT Group showed visionary qualities in 2013 and has since then not only celebrated two championship titles – following the company motto, the experts also transferred a great deal of electrical engineering know-how "from the race track onto the road". At the side of its partners Schaeffler and Audi, ABT improves its system knowledge and gains new findings in the fields of braking energy recuperation and thermal management.

Fun factor E – the sporty side of ABT e-Line

In addition to the development of the two local emissions-free "everyday heroes" e-Transporter and e-Caddy, two other vehicles transformed by ABT e-Line recently caused quite a stir. In a tuned Audi RS 6 Avant, the ABT engineers installed a 213 kW electric motor in the transmission tunnel to bring an extra boost to the rear axle at the press of a button. The impressive system power of the hybrid drive (V8 biturbo and electric motor): 750 kW, which is equivalent to 1,018 HP.

No less spectacular: the 4ePerformance created in cooperation with the ABT Formula E partner Schaeffler. Two motors from the Formula E race car ABT Schaeffler FE01 from the 2015/16 season operate each on the front and rear axles of the five-door high-performance sedan. Each of these units has 220 kW. Multiplied by four that makes 880 kW or around 1,200 HP – or, as a trade magazine recently wrote: "a race car with supernatural powers". 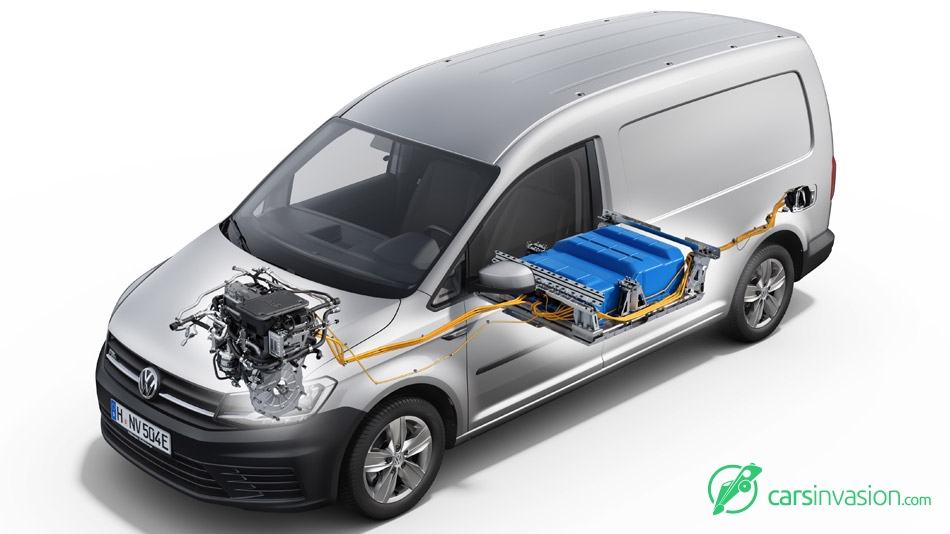 "Electric mobility will prevail in wide areas of society"

Christoph Bergmann, Managing Director of ABT e-Line GmbH: "We are absolutely convinced that electric drives will play a crucial role in future mobility and will prevail in wide areas of society. Indeed – they will have to, if we want to achieve important climate targets and optimize the quality of life for people in densely populated areas. That is why we have been working on this issue with increasing intensity forover a decade. With the e-Transporter and the e-Caddy, we now offer two vehicles in sectors which are becoming ever more important: local emissions-free distribution traffic and passenger transport in densely populated areas. These two vehicles are our answer to impending driving bans for vehicles with internal combustion engines in growing number of inner cities. The expected lower energy costs and maintenance costs are additional advantages."