Cars don't drive automatically in the worthwhile high end range, which means by definition a.o. the highest quality stage – especially with regard to the technical performance, the particular car manufacturers warranting for. Nevertheless, the Dusseldorf ANDERSON Germany company shows once more clearly that any ultimate solution can be optimized still beyond the ultimate, any way. Obviously, the credo of this company is individual top class tuning.

In this case, object of desire is a Porsche Cayenne Turbo, originally already not a "child of sadness". Under direction of CEO Denis ANDERSON, this bolide got a remarkable tailor-made wide body kit, including front apron, sports bonnet, enlarged front and rear wings, as well as side sills and rear apron, additionally lamp edges and rear lamp caps. The front under car spoiler, the swords on the front radiator grill and the frames of the front and rear air inlets are made of ultra light, but highly strong carbon. Even so the outer mirrors, top and rear spoiler and the rear diffusor. 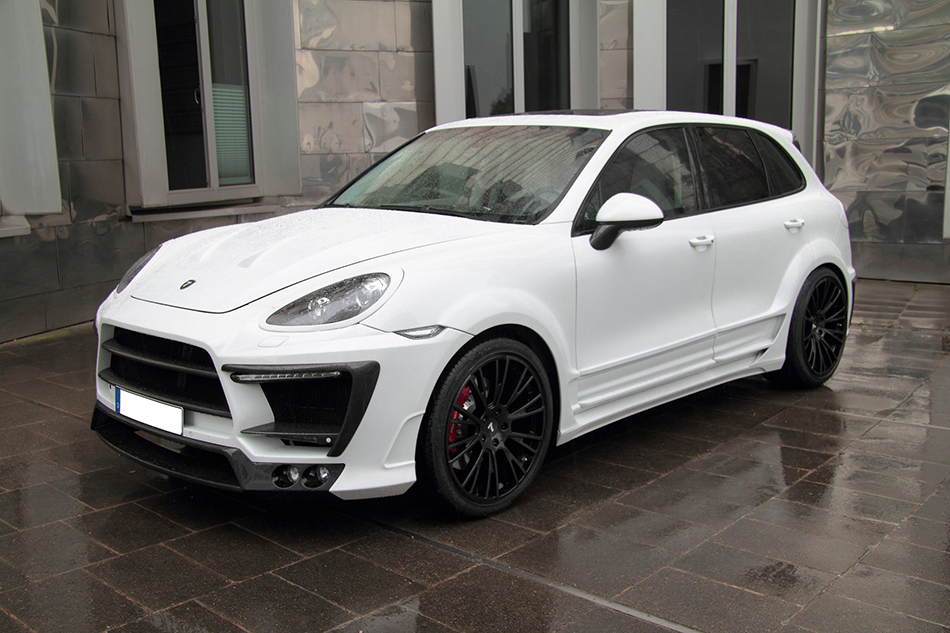 By means of professional engine map optimization and the installed in the middle 3-pipe valve exhaust system, the SUV from Swabian Zuffenhausen make 600 horses dance under its bonnet, moreover bribing by its decorated with carbon applications set of exclusive 22" rims, in front vested with tires 295 and in rear 315er tires. As the around the car glass tinting, so also the rear lamp tinting match best with the likewise exclusive LED under-car illumination, going out automatically 90 seconds after opening or closing the car doors.

The interior surprises the passengers by the distinguished LED footwell lighting in front and rear. Also the complete ennobling of interior and boot with crocodile leather is hard to be beat in exclusivity. Besides the likewise leather coated roof lining, there are to be praised the high end sound system – with monitors in the headrests as matter of course – and the ergonomically styled sports steering wheel. A "package" including mouldings, steering wheel, door sill panels and center console in carbon is in some way the final touch. In order to round up the picture, several parts of the interior, among them the vent holes, seat regulation levers, ashtray border, but also the door mouldings and door handle buckle, are made in black chrome. The exhaust pipe ends are made out of even this material.

Finally, there should be pointed out that the ANDERSON Germany crew offers to pick up vehicles in customer's order from really all over the world as special service, in order to redeliver them to any place of the earth after tuning.