Bugatti creates top-rate performing sports cars that are so unique in design and technique that they have been named pieces of art. The two latest masterpieces by this legendary European manufacturer will be on display at the Auto Shanghai 2011, an Asian debut for the Bugatti Veyron 16.4 Super Sport. The Super Sport ranks as the highest performing car in existence with 882 kW (1,200 PS) and an electronically limited top speed of 415 km/h. The Bugatti Veyron 16.4 Grand Sport, whose 736 kW (1,001 PS) makes it the most powerful convertible in the world, will also be showcased by the Alsace-based luxury brand in Shanghai. But today‘s Bugattis are more than the ultimate sports cars – the Veyron 16.4 has already become an exclusive collector‘s item and a prized investment.

The Bugatti Veyron 16.4 Super Sport presented in Shanghai comes completely in black visible carbon carbon. The details in the polished and anodized aluminum set an excellent contrast as the outer surfaces of the alloy wheels and the EB logos on wheel caps, fuel filler cap and rear lid. The interior of the Super Sport is draped in two-tone "Snow Beige" and "Beluga Black". Carbon continues as a defining theme in the inside, sheathing the doors and inset in the central console. The rest is in highly exclusive "Snow Beige" leather. The Bugatti Veyron 16.4 Super Sport shown in Shanghai has already been sold to a customer in China.

The Bugatti Veyron 16.4 Super Sport is the fastest car worldwide

The Super Sport is based on the classic Veyron 16.4 but with an output of 882 kW (1,200 PS) is 146 kW (200 PS) more powerful. Bugatti pilote officiel Pierre-Henri Raphanel last year set a new world speed record for production vehicles on the Volkswagen test track in Ehra Lessien, achieving 431 km/h and an entry into the Guinness Book of Records. The production version is electronically limited to 415 km/h to protect the tires. 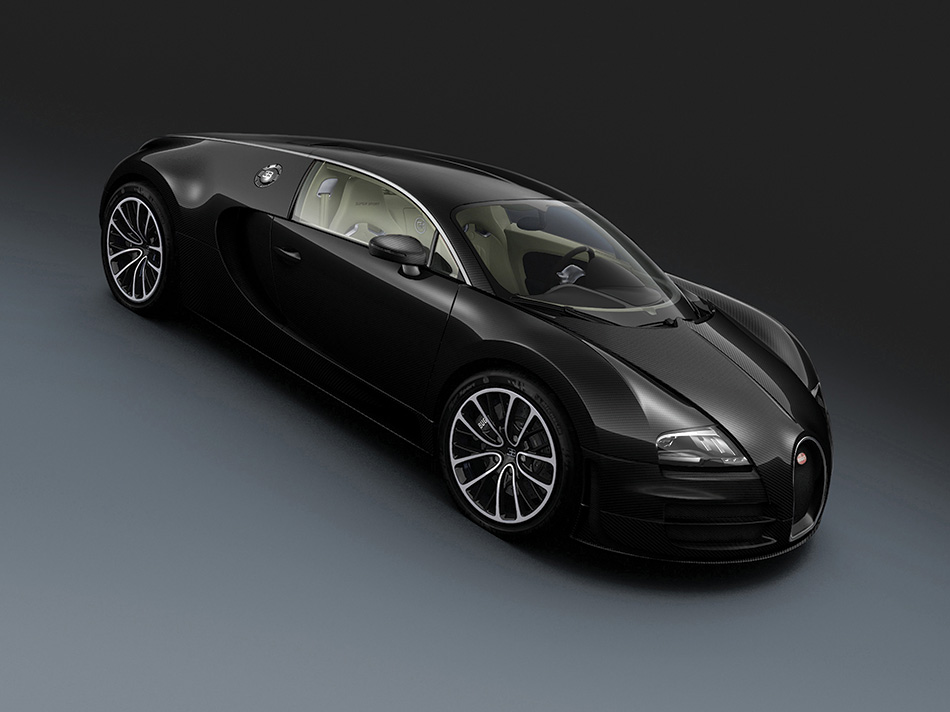 The power development of the 7,993 cm3 capacity 16-cylinder engine is made possible by the four enlarged turbochargers and intercoolers. The chassis has also been extensively redesigned, in order to handle the car‘s extreme dynamism with safety. With lateral acceleration of up to 1.4 g, the improved interaction between the tyres and the intelligent all-wheel drive system enables perfect handling. At the same time all powertrain components have also been comprehensively reinforced, to transfer the acceleration of up to 1,500 Nm safely to all four drive wheels.

Instead of the air intakes above the engine, fresh air is fed in via two NACA ducts set into the roof. The Super Sport‘s front view is characterized by expanded, reshaped air intakes, with the lower one extending around the sides to the wheel arch to lend this supreme sports car an even more assured appearance. Meanwhile at the rear the Super Sport features a revised rear panel arrangement and engine cover, a new double diffuser and a centrally arranged exhaust system with two broad chrome exhaust tips. The modified rear and the redesigned roof both enhance the aerodynamics of this quintessential Bugatti.

Ettore Bugatti built the most fascinating cars of all time

The mystique of Bugatti came into being in the first half of the last century. Ettore Bugatti and later his son Jean designed vehicles which were far ahead of their time in styling and technology. Types such as the T 57 SC Atlantic or the many versions of the T 41 Royale were then, and still are, legends, and some of the most valuable automobiles ever made. But the mystique is not founded solely on those coupés, roadsters, convertibles and saloons which were driven by the beau monde of the 1920s and 1930s – it is also rooted in the racing victories of those decades.

Test driver Pierre Veyron, who between 1933 and 1937 raced at the wheel of a Bugatti 51A, earned perhaps the most renown for the marque. In this eight-cylinder compressor racer, which developed an output of 140 PS from a cubic capacity of 1,4933 and reached an epoch-making top speed of 210 km/h, Veyron and his team mates set nine international land speed records at the Montlhery circuit outside Paris. And it is in homage to this man that the first Bugatti of the modern era bears his name. Through his racing career Pierre Veyron established forever the legendary status of an automobile marque and a designer of genius: Ettore Bugatti, or simply EB. 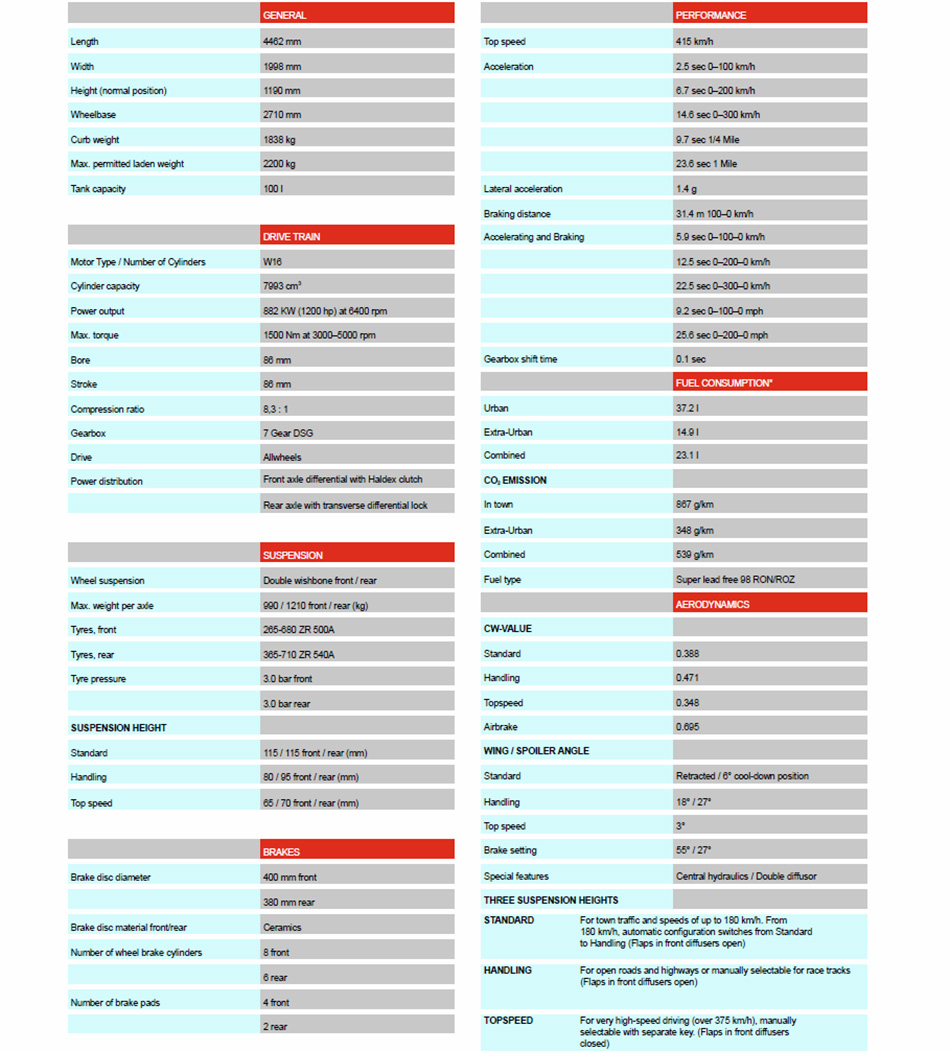