Chevrolet revealed the 2015 Camaro Commemorative Edition at the SEMA Show today. The special edition celebrates the success of the fifth-generation Camaro – which is on track to be America's best-selling performance car for five consecutive years – and marks the final year for the fifth generation. The special edition goes on sale this spring.

More than 400,000 fifth-generation Camaros have been sold since April 2009. Since then, Camaro has been America's best-selling performance car for four consecutive years. Camaro sales for the first 10 months of 2014 are up 8 percent over the same period a year ago, and Camaro currently leads Mustang by 10,000 sales – putting Camaro on track to be America's favorite performance car for a fifth consecutive year. 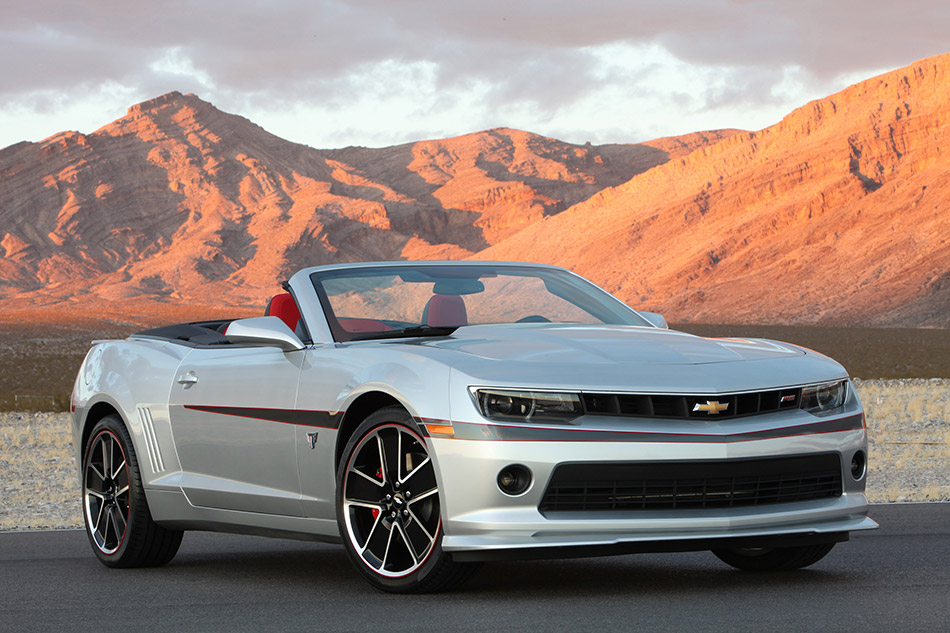 "The fifth-generation Camaro was a success from the moment it was introduced, in attracting both long-time Camaro fans and new buyers who have never owned a Chevrolet," said Todd Christensen, Camaro Marketing Manager. "We wanted to create a special edition Camaro that celebrates that success as the fifth generation comes to a close as the end of the model year."

The 2015 Camaro Commemorative Special Edition is available on 2LT and 2SS coupes and convertibles and includes the RS package.