The Fiat Multipla is the name given to two different automobiles manufactured by Fiat, the first from 1956 to 1965, and the second from 1998 to the present.

The original Multipla and the 600 Multipla were based on the Fiat 600 drivetrain, model 1100 front suspension, and sat 6 people in a footprint just 50cm longer than the original Mini Cooper. The driver compartment was moved forward, eliminating the trunk in effect but giving the body very MPV-like one-box look. Until the 1970s it was widely used as a taxi in many parts of Italy 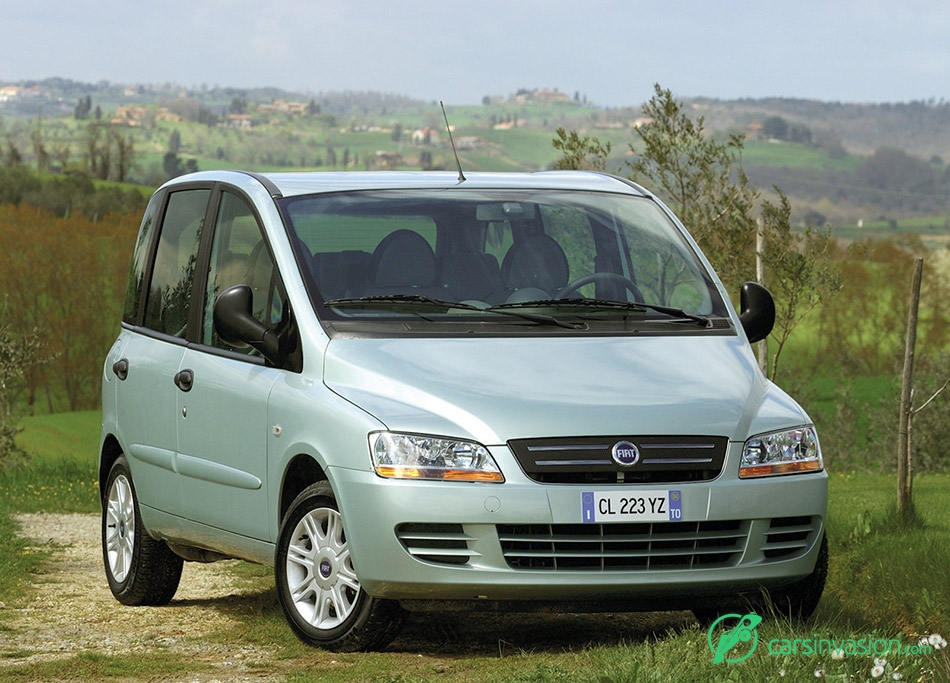 Based on the Brava, the Fiat's compact MPV was quite unlike any other on the market. It had two rows of three seats, while all its competitors had two seats in the front (the Honda FR-V, which has the same layout, was released in 2004). The exterior and interior design of the Multipla was unique and had a polarizing effect—some people love it, many hate it. Nonetheless, the Multipla was displayed at the Museum of Modern Art (MOMA) in New York during its "Different Roads - Automobiles for the Next Century" exhibition in 1999.

Multipla sales began in Italy late in 1998 but most other markets had to wait a year before receiving imports. The power of the Fiat badge meant that the Multipla was an instant hit with Italian buyers, but its styling meant that sales elsewhere were less successful.

In 2004 the Multipla underwent a major facelift to shed its original styling for a more restrained look, with the intention of attracting more buyers.

The 1.6 L petrol and 1.9 L turbo-diesel engines give the Multipla good levels of performance and refinement, and the chassis ensures entertaining ride and handling. A "Bi-Power" Multipla that runs on both petrol and LPG is offered in certain markets.

The new generation Multipla was hailed by journalists at its launch for its flexibility. The new Multipla's three-abreast seating configuration allows for adjustment of the front seats and the removal and relocation of the rear seats into numerous formats. It also affords a class-leading 430 litres of luggage space which can increase to 1900 litres of flat floor load space with the rear three seats removed from the vehicle.