Unveiled in a world premiere at the 2009 Frankfurt Motor Show, the new Fiat Punto Evo is officially launched today. It aims to build on the success of its predecessor, the Fiat Grande Punto, and become a benchmark for innovation, safety and style thanks to several new features.

The name "Evo" highlights a level of evolution in car design that is capable of satisfying customers who are increasingly demanding in terms of technology, driveability and respect for the environment. 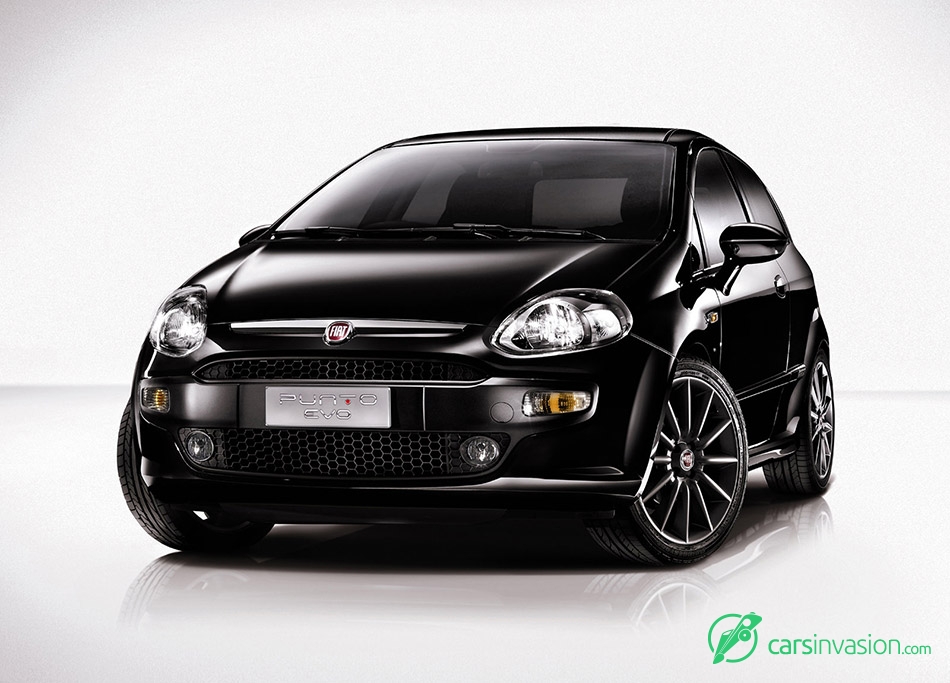 The technological excellence of the Fiat Punto Evo is in evidence primarily through the broad range of Euro 5 engines, including the second-generation 1.3 MultiJet and the 1.4 MultiAir - the revolutionary technology developed by Fiat Powertrain Technologies that will gradually be adopted by all Fiat Group engines. Alongside these innovative power units and the more traditional ones are the hybrid methane and LPG systems, combining to form the most complete and eco-friendly engine range in the segment, bar none.

Still with reduced consumption and emissions in mind, the new Punto Evo offers Start&Stop, the system that temporarily switches off the engine when you stop the car. Start&Stop comes as standard on all new Euro 5 petrol and diesel engines.

Inside the car, there is also a debut for the new Blue&Me-TomTom infotainment system, whose practical colour touch-screen allows you to manage phone calls, satellite navigation and all the driving information you need, which it downloads directly from the on-board computer systems.

The Fiat Punto Evo raises the bar in the field of safety with its seven airbags. It is one of the few cars in its class to provide a driver knee bag as standard across all trims. As well as the usual ABS, EBD (Electronic Brakeforce Distribution) and ESP (Electronic Stability Program) systems, there are other useful features such as the Hill Holder system, which helps the driver with hill starts by keeping the car stationary for a few seconds in order to prevent it from rolling backwards, and the adaptive cornering front fog lights that come on automatically on dipped beam according to the steering angle.

Finally, the Fiat Punto Evo is even more attractive thanks to the work done by Fiat's Centro Stile. The interiors (dashboard, seats and instruments) have been completely revamped to make them more plush and elegant, and the car has a new eye-catching shape.

The Fiat Punto Evo will be available to buy from the second half of October. It aims to establish itself as a European market leader in the hugely important supermini segment. 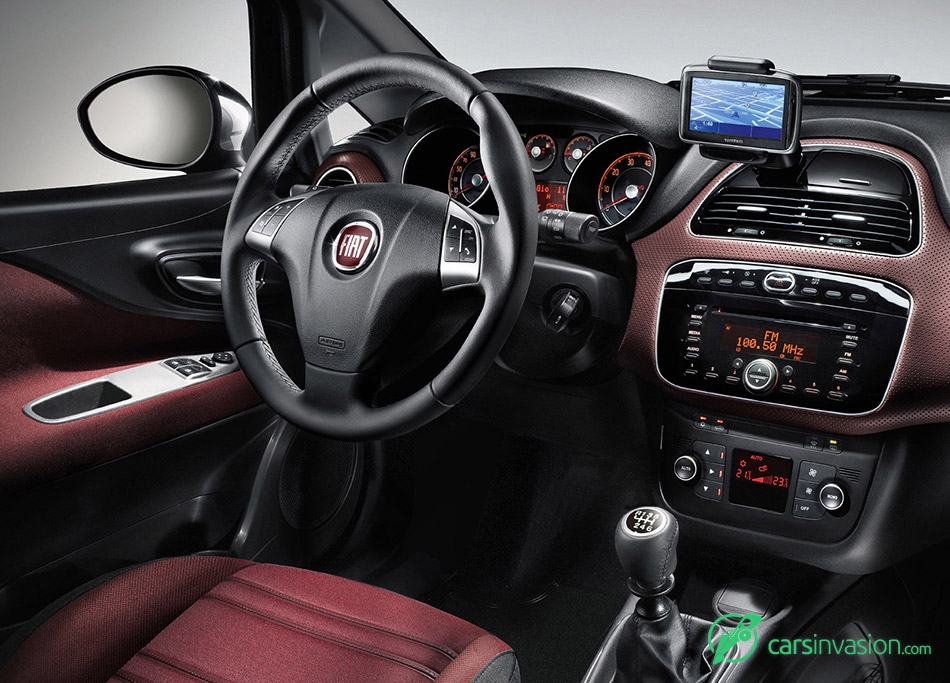 Media presentation on board the Cavour aircraft carrier

The Fiat Punto Evo was presented to the international media on board the Cavour aircraft carrier, the new flagship of the Italian Navy which is the country's largest post-war naval construction and the biggest technological investment by the defence ministry. The project to build the ship, known as NUM, began in November 2000. It involved the Navy teaming up with national shipyard Fincantieri and the national defence industry to adopt the latest design and construction methods and develop advanced systems. The fruit of their joint labour is now a symbol of global prestige for the entire Italian military and industrial system.

Both the Cavour aircraft carrier and the Fiat Punto Evo are symbols of technological excellence and of Italy, representing the culmination of an evolutionary process involving advanced technologies and innovative features. That is why the Cavour flagship was the perfect launch-pad for a car that wants to be at the forefront of engine innovation, respect for the environment, safety and style.

The technological excellence of the Fiat Punto Evo is in evidence primarily through the extensive range of engines, designed and manufactured by FPT - Fiat Powertrain Technologies, that can be powered by petrol, petrol/LPG, petrol/methane or diesel. The engines are available at Euro 4 and Euro 5 ecology standards (except for the 1.2 petrol engine, which will be available in Euro 5 from 2010). They include the new 1.4 MultiAir and second-generation 1.3 MultiJet: all meet Euro 5 standards and come with the Start&Stop system as standard.

The Fiat Punto Evo represents another advancement in sustainable transport, and it is a step ahead of the EEC regulation that requires new cars to comply with Euro 5 limits only from 1 January 2011.