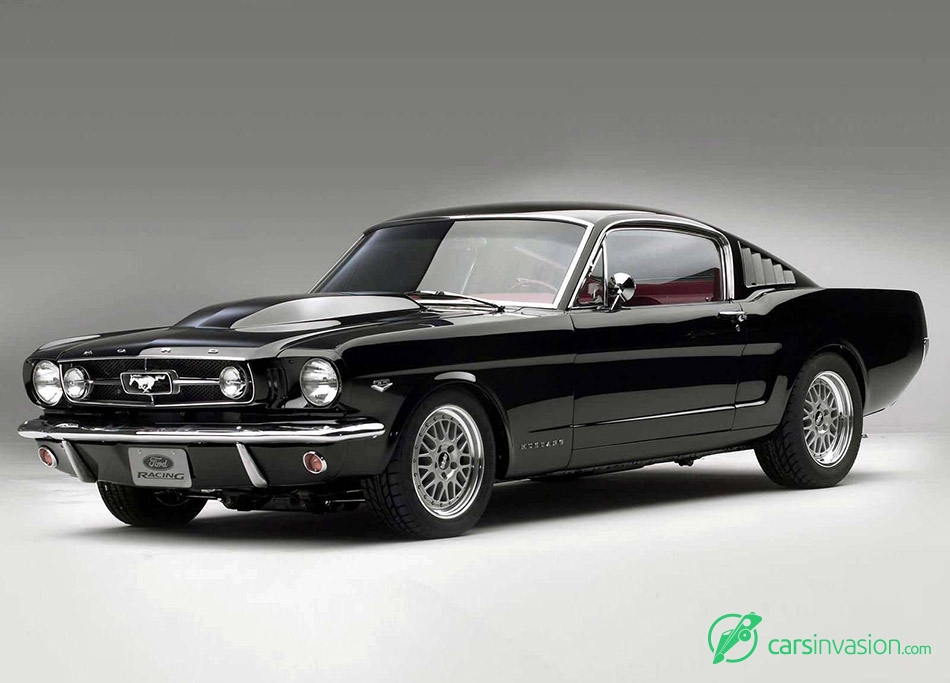 The idea behind the project was to show that an all-new version of Ford's 5.0-liter V-8 can find itself right at home in the engine bay of America's original pony car. It also demonstrates that even something as central to the Ford enthusiast community as the first-generation Mustang can enjoy the performance potential engineered into the long-awaited "Cammer" crate engine offering. A vintage 'Stang was chosen because it is a car that any automotive hobbyist can relate to - and one that many FRPP customers already own, modify and enjoy.

After the introduction of the 5.0L "Cammer" at last year's SEMA show in the FR100 pickup truck, many hot rod enthusiasts were not looking forward to dealing with the modern-day electronic fuel injection system, so Ford Racing engineers took note, and this year's Mustang "Cammer" crate engine features a classic downdraft carburetor setup, with four, two-barrel Webers sitting atop a custom Ford Racing intake. Using the carburetors also necessitated a switch from a fully electronic to an MSD distributor ignition system.

According to Andy Schwartz, FRPP "Cammer" engine project manager, "Even with the carburetors in place of our advanced fuel injection setup, the 5.0-liter four-valve "Cammer" in the '65 Mustang delivers a healthy 420 horsepower at 6700 rpm. And the torque curve peaks at about 395 foot-pounds at 4000 rpm."

Ford Racing didn't just pay attention to the engine compartment, so the donor 1965 Ford Mustang was totally disassembled and rebuilt from the ground up. National Parts Depot Convertible Chassis Components were installed in place of the stock running gear, and a Heidt's Double A-Arm front suspension was employed to provide some modern handling ability. Helping to put the "Cammer's" power to the pavement is a Ford Racing / Centerforce Clutch Kit and a Heavy Duty Tremec five-speed manual transmission. Handling the tire-churning duties out back is a Strange-equipped Ford Racing nine-inch Ford rear axle with a 3.75:1 ring and pinion gearset. Ford Racing supplied a prototype anti-roll bar and a set of traction bars to complete the upgrades. It all rides on a set of 15-inch BBS wheels wearing BFGoodrich Radial T/A P205/55-R15's up front and P235/60-R15s in the rear. 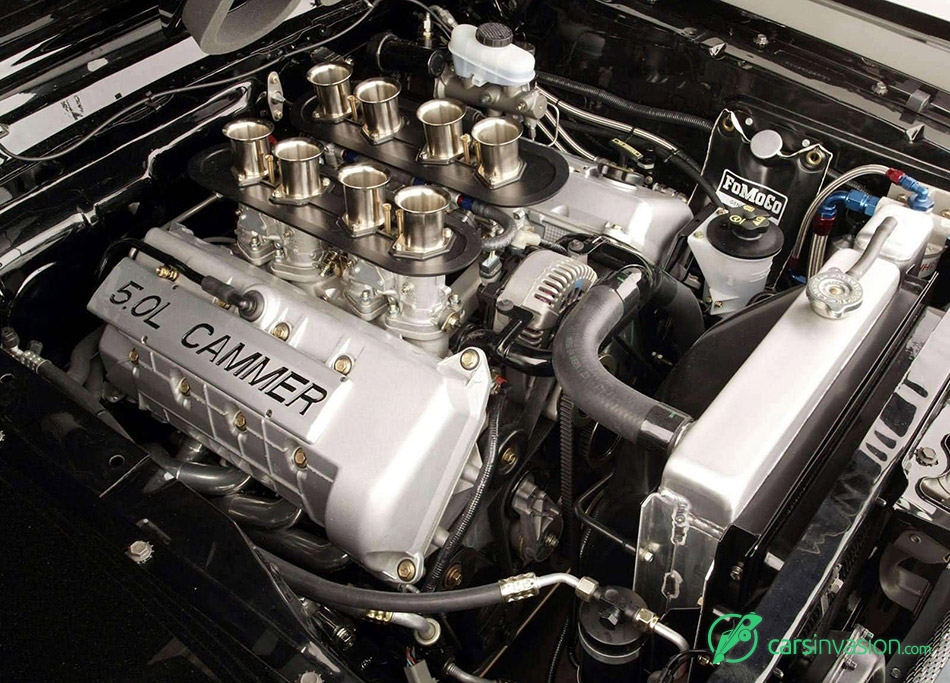 While much of the project's appeal rides in the fact it's all cloaked in classic Mustang sheet metal, Ford Racing custom-crafted a prototype cold-air induction hood to help funnel fresh air to the Webers, as well as to signal that there's some seriously modern technology lurking underneath. The masterfully massaged bodywork is finished in PPG Gloss Black and buffed to a mirror finish. Special "5.0-liter Cammer" badges complete the look.

Inside, all the stock trim was replaced with a complete National Parts Depot Reproduction 1965 Mustang interior. Naturally, no Mustang restoration upgrade would be complete without a set of Rally Pack gauges, as well as a thoroughly modern A/C system supplied by Vintage Air.

Like all Ford Racing project vehicles before it, the FRPP '65 Mustang Fastback with Cammer Engine not only serves to illustrate that the ability to blend state-of-the-art powertrain technology into classic Ford sheet metal is realistically within the reach of today's Ford Racing Performance Parts customer, but also that the new "5.0 Cammer" crate engine is the perfect choice no matter what the application.