The Ford Escape Hybrid, launched in 2004, is a gas-electric hybrid powered version of the Ford Escape sport utility vehicle developed by the Ford Motor Company. Built in Kansas City, Missouri, it is the first hybrid SUV to hit the market. A similar vehicle, the Mercury Mariner Hybrid is sold by Ford's Mercury marque, and a third variation, the Mazda Tribute Hybrid, will be sold by Mazda starting in 2006.

As of 2006, the Escape hybrid system is among the most advanced available on the market. It is a "full" hybrid electric system — meaning the system can switch automatically between pure electric power, pure gasoline engine power, or a combination of electric battery and gasoline engine operating together, for maximum performance and efficiency at all speeds and loads. When braking or decelerating, the Escape's hybrid system uses regenerative braking — where the electric drive motor becomes a generator, converting the vehicle's momentum back to electricity for storage in the batteries. The Hybrid Escape with 155 total horsepower has nearly the same acceleration performance as the conventional 200 hp V6 Escape. 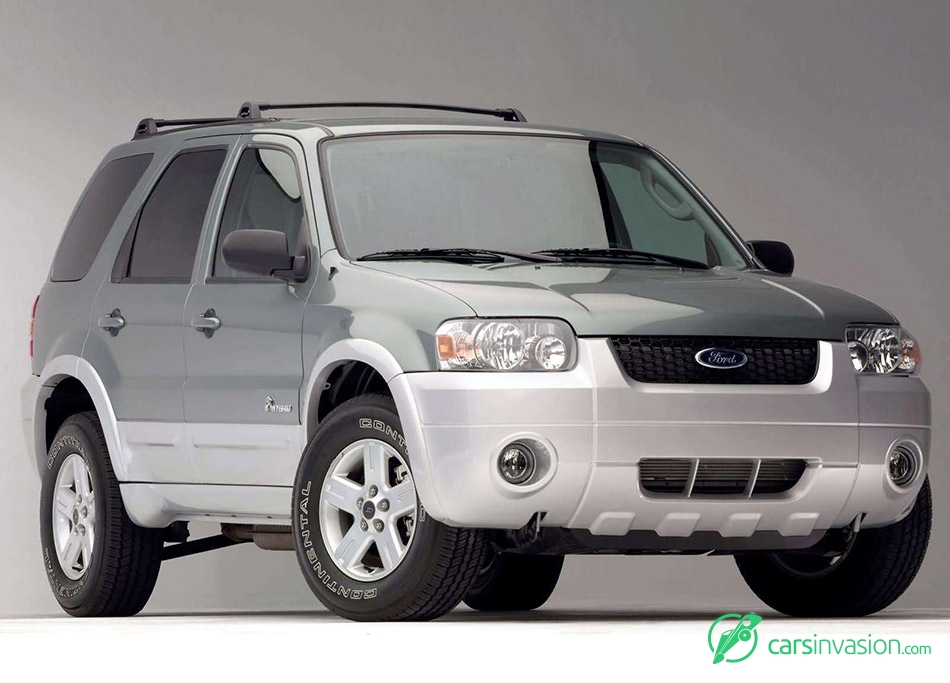 Ford built 17,000 Escape Hybrids in the second half of 2004, four times as many as the company had originally planned to build. Consumer demand has been strong, as it was with the Toyota Prius. Ford plans to produce 4,000 Mariner Hybrids and 20,000 Escape Hybrids for 2006. A number of Mazda Tribute Hybrids will also be produced.

The Hybrid Escape will also be the first to market with alternative flexible fuel capability - running on E85 (85% ethanol / 15% gasoline).

The Escape Hybrid uses technology similar to that used in Toyota's Prius, which led Ford to license a number of Toyota patents to avoid any legal disputes.

Both Ford and Toyota state that Ford received no Toyota technical assistance in developing the hybrid powertrain. Aisin AW, a Japanese automatic transmission manufacturer (belonging to the Toyota group), supplies the hybrid transaxle used in the Escape Hybrid. Sanyo of Japan builds the battery pack. The frequently stated story that Ford simply bought the Hybrid technology from Toyota may be left at each one's criteria.

The Escape Hybrid's 133 horsepower (99 kW) gasoline engine and 94 hp electric motor combine to give performance similar to the 200 hp V6 engine commonly used in the regular Escape. The hybrid is said to give approximately 75% greater efficiency, with about 33 to 36 mpg in city traffic, (and has demonstrated it can travel 400–500 miles on a single 16.5 gallon tank of gasoline in city driving), and 29 to 31 mpg on the highway. Unlike conventional vehicles, hybrids achieve better figures in the city because they do not waste power idling and can recover some power when stopping (by using regenerative braking) that would be wasted on a conventional vehicle.

The Escape Hybrid meets both California's SULEV and PZEV standards, with tailpipe emissions better than 90% less than the average 2003 new car and zero evaporative emissions.