Renowned custom car build Ringbrothers has unveiled one of the most powerful custom Mustang fastbacks to ever hit the SEMA show floor. In a scene reminiscent of the unveiling of the original Mustang in 1964, attendees of the SEMA Show in Las Vegas ringed the car as the sheet was pulled back to reveal the pony car's custom bodywork.

Named Blizzard for its brilliant white paint job, this redesigned classic made its official debut in the Global Finishing Solutions booth in the SEMA Show's North Hall. Blizzard gets its power from a highly modified 351-based 427cid V8 engine NASCAR Sprint Cup Series style engine build by Wegner Motorsports. Induction is handled by a Holley carburetor and exhaust is funneled through Flowmaster Mufflers. 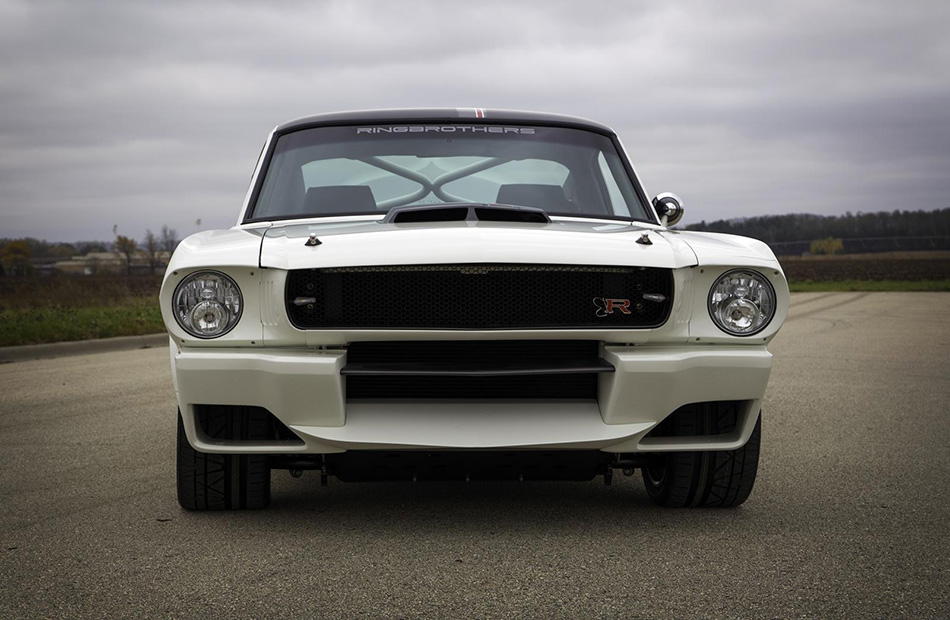 To keep this monster engine cool, Ringbrothers installed a Be Cool radiator and fan setup that keep the engine running at its optimal temperature while Royal Purple lubricants work to keep everything running smoothly. All 710 horsepower is delivered to the rear wheels through a Bowler five-speed manual transmission and a John's Industry differential.

Putting all of the power to the ground are a set of HRE 560R forged wheels shod in Nitto Invo tires that measure 265 up front and 325 out back. Inside of the wheels, Baer six-piston calipers bring this pony to a stop from full gallop without even breaking a sweat.

The car is actually setup to handle as well as the Stock Cars that inspired its engine thanks to a Detroit Speed & Engineering front coilover and rear Quadralink suspension with AFCO shocks and DSE sway bars. After hundreds of hours of planning and prep to subtly sculpt every line and curve, Ringbrothers' sprayed Blizzard in its Global Finishing Solutions Ringbrothers Limited Edition Performer paint booth with BASF Glasurit Waterborne 90-Line "Blizzard White" paint over Ringbrothers' custom carbon fiber roof, deck lid, bumper, side scoops and hood.

Inside, custom billet accents adorn the interior in the classic Ringbrothers style and Upholstery Unlimited further customized the interior with custom coverings for the Recaro seats. Finally, an Alpine stereo, amplifier, and speakers have been installed to provide the in car entertainment.