New Holden Cruze will offer buyers the best ever value from a locally built small car when it goes on sale next month, with added features and better performance thanks to the introduction of a new 132kW 1.6 litre turbo engine and locally developed sports suspension for SRi and SRi-V sports models.

Holden has added features across the entire model line-up while reducing the recommended retail pricing for the entire range. 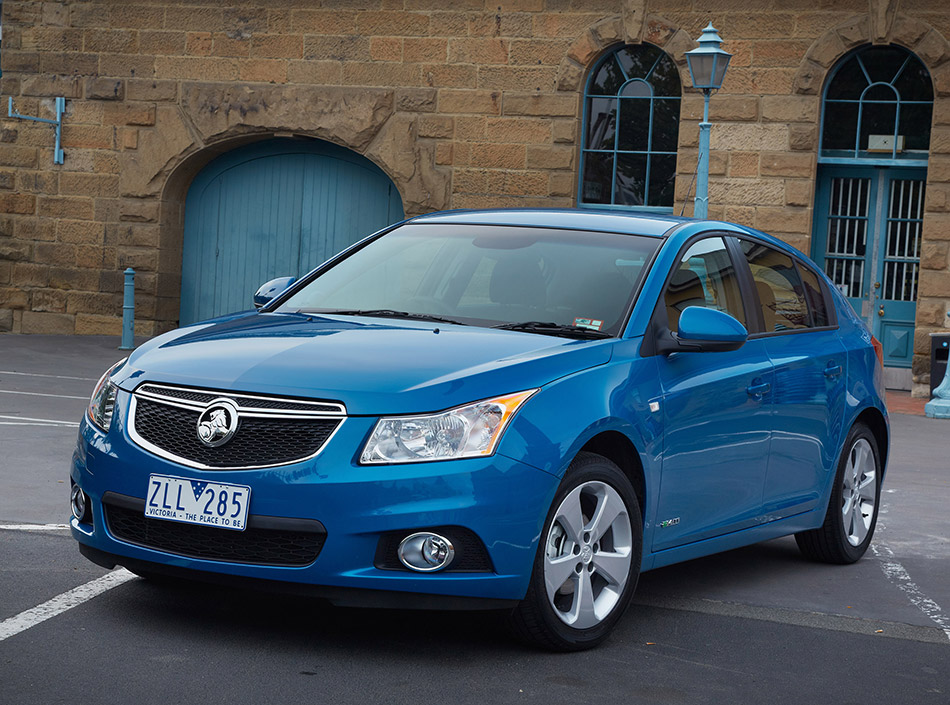 Available in both four-door sedan and five-door hatchback, both models feature exterior sports front and rear fascias, rockers and spoiler. The sports theme continues in the interior with leather wrap steering wheel and shifter with the SRi-V adding a new high quality metal appearance console.

The range-topping SRi-V features 18" alloy wheels and the SRi now features a 17" alloy wheel and both models are now fitted with Bridgestone tyres. Each also features a new sports suspension and damper tune, which have been locally developed by Holden engineers.

A new, locally-calibrated comfort suspension tune enhances the ride of the Cruze CDX which rides on 17" alloy wheels.

Holden has strengthened the Cruze line up with the addition of the Equipe entry level model which replaces the outgoing CD model. Equipe is available in both four-door sedan and five- door hatchback bodystyles.

Cruze Equipe is offered with a 1.8 litre four-cylinder petrol engine with five-speed manual transmission as standard.

Holden Cruze Equipe adds stylish upgrades which ensure that even the most affordable Cruze features front fog lamps and alloy wheels as standard. A new colour range is offered and Rear Park Assist is added as a standard feature across the range.