The Honda Accord undergoes the most dramatic change in its 27-year history and will bring a new level of world-class style, performance and sophistication to the midsize class when the 2003 models go on sale Sept. 9, American Honda Motor, Co., Inc., announced today.

The Accord, the best-selling car in America in 2001, features dynamic new styling for both sedan and coupe models. Styling for the sedan and coupe is more distinctive and the two models will share only their headlights for '03. A host of additional standard equipment has been added on all models, including anti-lock brakes, tilt and telescopic steering wheel and 5-speed automatic transmissions.

Accord sales are expected to top 400,000 during the 2003 model year. That will push cumulative U.S. Accord sales to more than eight million since the Accord first went on sale in 1976.

New 4-cylinder and V6 engines team with new automatic and manual transmissions to give the 2003 Accords more power, improved fuel efficiency and lower emissions than the powertrains they replace. A new V6-powered Accord Coupe equipped with a 6-speed manual transmission will be available early in 2003. 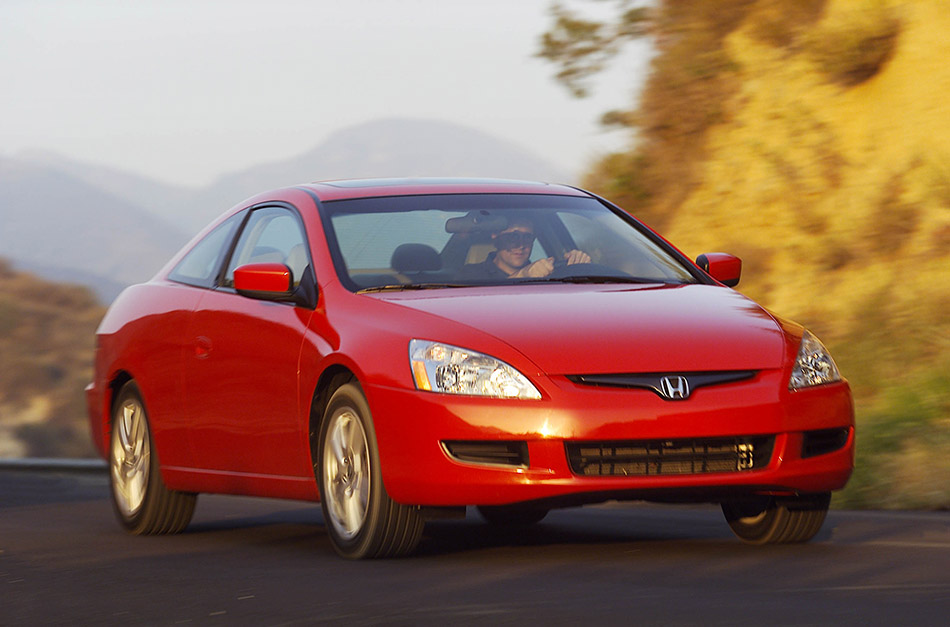 In California, 2003 Accord Sedan models powered by the 4-cylinder engine and equipped with an automatic transmission will meet the state's stringent "Super Ultra Low Emission Vehicle" (SULEV) standard, the most stringent in the world. With sales of about 5,000 SULEV vehicles a month expected, this is the first volume vehicle to be sold meeting the SULEV standard.

The interior of the new Accords feature a blend of driver-focused features and information-oriented technologies, beginning with a new seat design to provide maximum comfort and support. Other interior features include:

For the first time on any Honda, the Accord will offer a side curtain airbag system, available on EX V6 models. Other safety equipment includes:

Also available for the first time on the Accord is the next generation of Satellite-Linked Honda DVD Navigation Systems offering greatly enhanced features and a revolutionary "Touch by Voice" voice recognition system. Other features of the system include a larger touch screen display, an expanded database covering virtually all U.S. roads and with seven million points of interest (compared to one million for most systems currently on the market). A new split screen design also enhances on-screen information with "3-D" route visualization for easier use.

Although much has changed on the Accord, one thing remains the same. It still has the same legendary dependability, quality and reliability traits that make it one of the best-selling automobiles in America year in and year out.