More than 50 Honda and Acura project and concept vehicles have invaded the Specialty Equipment Market Association's (SEMA) annual show in Las Vegas, a trend-setting industry venue for the automotive specialty equipment market, where Honda has the prestigious distinction of being named the "Vehicle Manufacturer of the Show" (VMOS) and the Civic Si is the official "Car of the Show."

Dozens of Honda- and Acura-supported project vehicles, combined with hundreds of other display vehicles, demonstrate the many extremes of customization and personalization that range from ultra high-performance to the ultimate in sound and style. Highlights include the world debuts of the Sport Concept Civic Si, a concept vehicle by Honda, and the Team Honda Research Civic Si racecar that will compete in endurance road racing events. A total of 19 2006 Civic Si project vehicles are on display that have been modified by such popular aftermarket tuners as AEM/DC Sports, Mackin, GReddy, Tein, Hasport and many more.

"Our high level of participation in the SEMA show this year sends a strong message to performance enthusiasts," said John Mendel, senior vice president of American Honda Motor Co., Inc. "We're showing that Honda is serious about delivering desirable products that perform well out of the box and create the perfect platform for personalization." 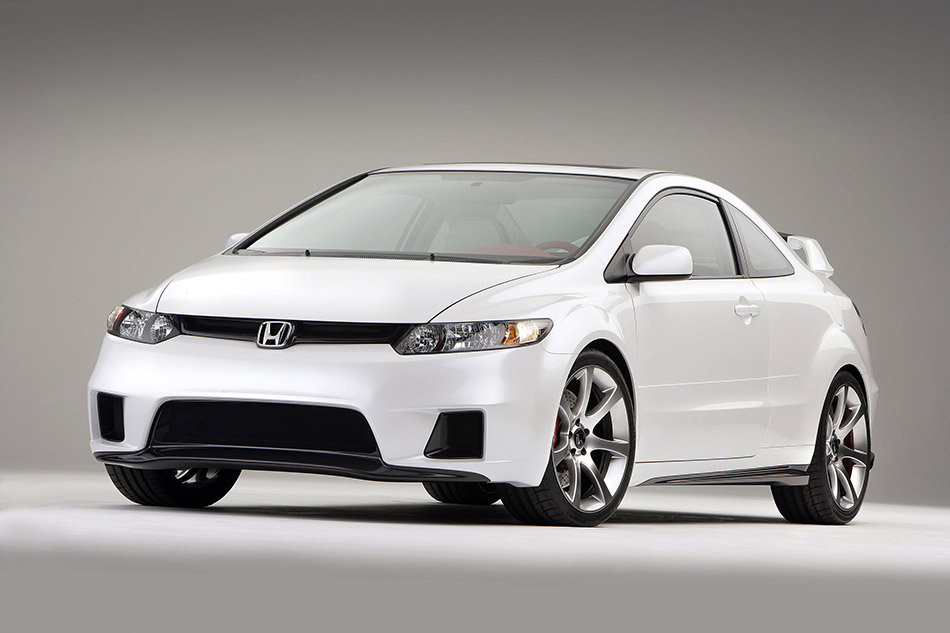 Bridging the gap from show car to road car, a new line of Honda Factory Performance™ (HFP™) suspension and body kits is being unveiled for the 2006 Civic Si, Civic Sedan and Civic Coupe. The new HFP kits feature performance-oriented suspension components along with larger wheels, tires, aerodynamic body kits and, for the first time ever, an HFP muffler.

Honda is the first non-domestic automaker to be named VMOS, a designation that will further elevate Honda's presence among the hundreds of thousands of automotive industry insiders who will attend the four-day show starting today at the Las Vegas Convention Center.

"Honda vehicles are among the most popular in the automotive specialty equipment market," said Christopher J. Kersting, SEMA president and CEO. "Honda's role as Vehicle Manufacturer of the Show will allow Honda to maintain a strong presence in this market now and in the future."

Honda's designation as VMOS coincides with a major milestone in the evolution of one of the most respected cars of the sport compact performance movement: the Honda Civic Si. Reasserting its role as class-leading sport compact, the recently debuted 2006 Civic Si bursts onto the scene with a 197-horsepower DOHC 2.0-liter i-VTEC engine, 6-speed manual transmission, a limited slip differential, and a performance-oriented exhaust system. Demonstrating the tremendous performance potential of the Civic platform, the new Civic Si is destined to be known as the best handling and most powerful Civic to ever touch tire to asphalt in America.

Honda is unveiling the "Sport Concept Civic Si" and is highlighting a number of Honda vehicles that have been built especially for the show. Among these are a dozen 2006 Civic Si show cars that have been delivered to sport compact vehicle builders across the country. Selecting from hundreds of proposals, Honda chose the very best designs and provided builders with the new Si. The stunning creations are on display throughout the convention hall.

The high performance 2006 Civic Si once again emphasizes Honda's credentials as a leading performance innovator. Beginning in the early 1980s, performance builders and racers recognized the potential of Honda engines to radically re-shape the high performance field. At a time when V-8 engines were considered the only performance option, 4-cylinder Honda Civics began to get noticed as they won races and set speed records. By the late 1980s, the Honda Civic had become one of the most popular vehicles of the sport compact performance movement that was just taking root and would later explode in popularity throughout the 1990s.

In addition to the Civic Si, a wide variety of Honda's new Ridgeline half-ton trucks will be exhibited with modifications that range from slammed to lifted. Convention-goers will get one of their first looks at the performance and body modifications that showcase the huge potential of the Ridgeline and specialty equipment enhancements with the Street Sport Concept Ridgeline and the All-Terrain Ridgeline Concept.