"Enthusiasts have equated the name MUGEN with JDM Honda performance for decades, and with the introduction of the Civic Si Sedan, the time is right for the two companies to once again join forces," said John Mendel, senior vice president of American Honda. "A MUGEN-tuned vehicle available directly from the factory provides the ultimate level of performance, quality and refinement in a specially-tuned car." 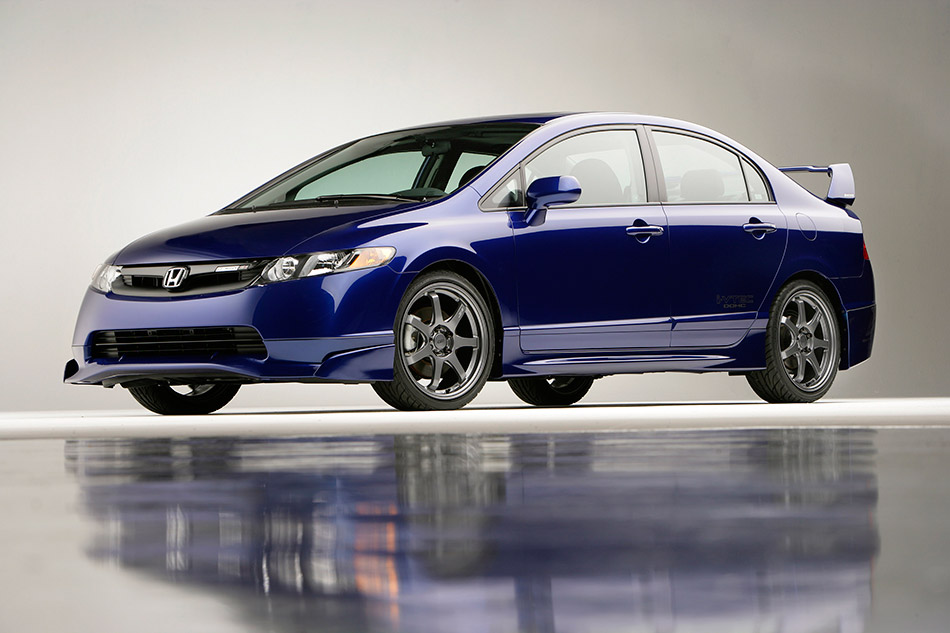 The full-vehicle aero-package adds a front spoiler with a sports grille (with special MUGEN Si emblem), side spoilers, a rear bumper diffuser and a rear wing. The sports exhaust system reduces exhaust system back pressure from the catalytic converter back, resulting in an enhanced power curve. Additional accoutrements include front and rear MUGEN emblems outside. Inside, a serial number placard is located on the instrument panel along with a spherical 50 mm MUGEN shift knob.

The name MUGEN symbolizes Honda performance throughout Asia and around the globe. MUGEN, under license by M-TEC Co., Ltd., of Japan, has been closely associated with Honda for more than three decades in the design and manufacture of racing and premium aftermarket performance products.

Honda's activities at SEMA coincide with the November 1 on-sale date of the new-for-2007 Civic Si Sedan. The Civic Si Sedan embraces the style and performance of the Civic Si Coupe and marks the first time that "Si" performance has become available in a sedan body style.