Honda debuted the package of aerodynamic upgrades and components its teams will use in the 2015 Verizon IndyCar Series, as the manufacturer seeks to add to an already impressive list of accomplishments in American open-wheel racing.

The 2015 Honda Indy car "aero kit", produced by Honda Performance Development, Honda's racing arm in North America, includes nearly 200 individual pieces that can be fitted to the existing Honda-powered Dallara Indy car chassis. All are intended to give Honda's six IndyCar Series teams the ability to maximize performance at each of the 15 circuits that make up the 2015 championship schedule.

"We're excited to reveal our aero kits as Honda welcomes this era of enhanced competition in the Verizon IndyCar Series," said Art St. Cyr, president of HPD and vice president, auto operations, for American Honda. "Coupled to our proven Honda Indy V6 engines, these aero kits are the products of literally thousands of hours of research, development and testing, as we seek to give our drivers and teams the tools they need to win races, the Indianapolis 500 and the IndyCar Series championship." 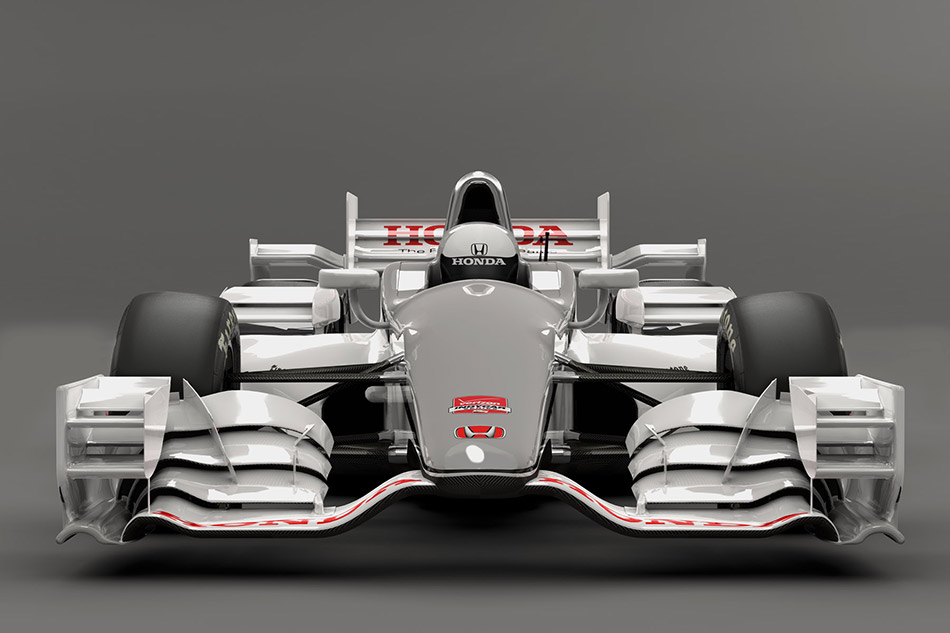 Concepts for the Honda aero kit were validated using Driver-In-Loop (DIL) Simulators, minimizing waste at the prototype stage and allowing aerodynamic direction to be determined prior to the creation of full-size components.

Components were then tested in a full-scale wind tunnel to confirm actual aerodynamic performance characteristics, and create aero maps to be used during on-track testing. Final proof-of-concept correlation then took place in a series of on-track tests, totaling six days at various circuits, conducted by HPD with the assistance of the Honda-powered Andretti Autosport team.

The complete kit provides Honda drivers and teams with a significant range of available configurations to tune the cars to their desired characteristics and provide additional visual variety to engage fans at all IndyCar Series circuits.

In addition to improving performance, aerodynamic safety was a primary consideration in aero kit development. Working with INDYCAR, Honda has a well-established record of utilizing its development resources to produce a safer racing environment, including the design and development of the fuel safety interlock system, now standard on all Indy cars, and more recently the 2015 chassis floor and other future safety developments to be fitted to the Dallara chassis.

"We've been encouraged by the performance of the new Honda aero kits in testing, but of course the end goal is to win races, the Indy 500 and the championship," said St. Cyr. "We believe we have a superior aerodynamic and engine package. We're looking forward to the start of the 2015 season on the streets of St. Petersburg, and taking on the battle for the Manufacturers' Championship."