Available at dealerships now, the 2013 Hyundai Genesis Coupe is significantly refreshed for the 2013 model year, with aggressive powertrain and styling enhancements sure to appeal to purist, rear-drive sport coupe buyers. The Formula Drift competitive car has been extensively drift-prepared by RMR, making more than 600 horsepower to create the extreme drift angles and blinding smoke both fans and judges love to see. This race-prepared powertrain is further evidence of the engineering durability of core Hyundai production engine components used, including engine block, heads, and more. 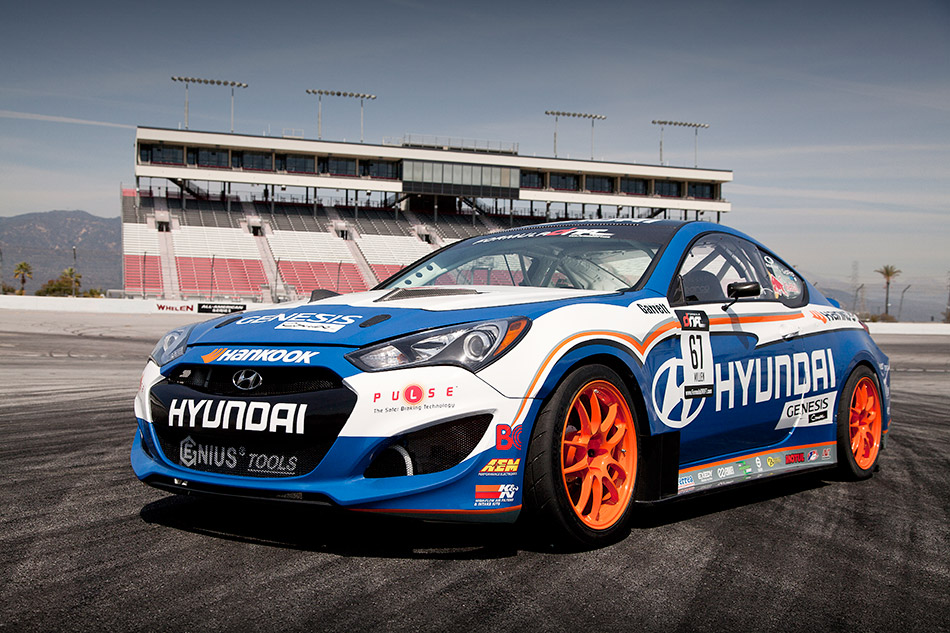 "Formula Drift is the best race-fan oriented example of extreme car-control driving. It's also the best competitive arena for us to highlight the rear-drive power and handling finesse of the new Genesis Coupe," explains Steve Shannon, vice president of marketing, Hyundai Motor America. "It's thrilling when a driver of Rhys Millen's caliber combines tire-smoking power with surgical drifting precision. And, in addition to the intense drifting action, Hyundai will provide trackside interactive facilities where drift fans can check out its latest products, driving games, music partnerships and race fan gifts. With the thousands who joined us at our interactive area in 2011, we intend to expand our fan outreach even further in 2012."

"I'm pleased to have Hyundai's ongoing support for the 2012 season," Millen said. "This begins the fourth year of our racing relationship with Hyundai, and we want to continue to build upon our success in both developing and racing Hyundai's race-proven products." Millen stands to build on momentum from last season's success with a win in Las Vegas and runner-up in Irwindale, the final races of the 2011 season. "The refreshed 2013 Genesis Coupe with direct injection and twin-scroll turbocharger technology leverages the proven performance of Hyundai's rear-drive coupe, making it a perfect choice for anyone interested in competitive driving events," said the 2005 Formula Drift Champion. Millen will be the exclusive driver for the entire Formula Drift season, challenging the field with strong potential for the 2012 championship. The RMR Hyundai Genesis Coupe will make its competitive debut at the first event of the 2012 Formula Drift series, April 6th and 7th in Long Beach, California. 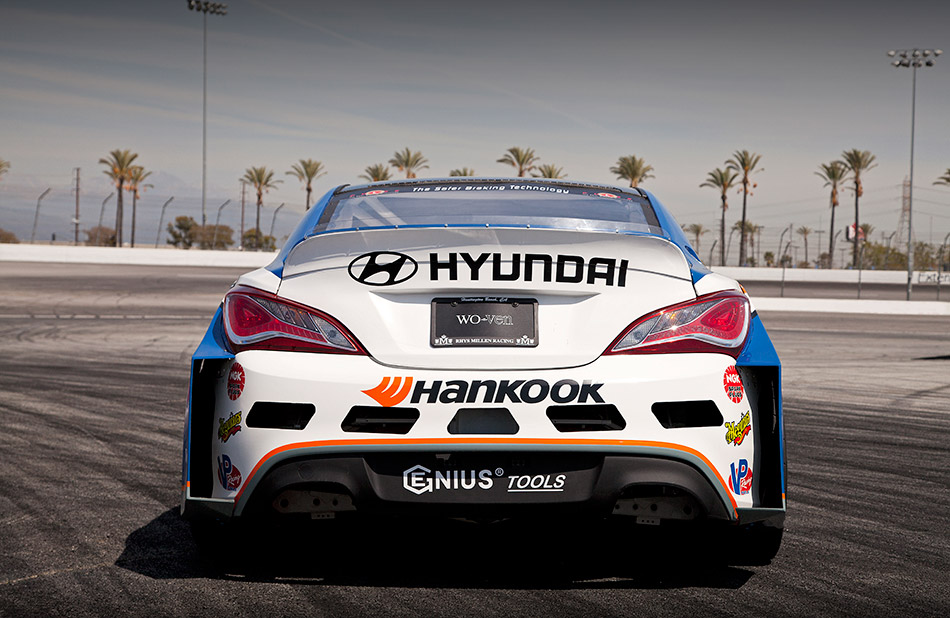 In addition to Formula Drift, Hyundai and RMR continue to join forces in the thrilling new motorsport of rallycross, challenging the best from Ford, Subaru, Dodge and Citroen in the 2012 Global RallyCross Championship Series. RMR has extensively fine-tuned the RMR Veloster rallycross car with insights gained from an exciting rookie season in 2011. The RMR Veloster rallycross season kicks off in Las Vegas on April 21.