The 2011 Land Rover Freelander 2 model range, on sale in the UK from the end of September 2010, benefits from a new 2.2-litre diesel engine available with either 150PS or 190PS outputs, a new look exterior plus interior alterations including new instrument dials and a new Premium Pack option.

This new engine is quieter, more efficient and both derivatives have 20Nm more torque than the outgoing engine. This means the 2011 Freelander 2 offers improved engine response and more mid-range strength for towing. CO2 emissions have been significantly reduced to 165g/km and 185g/km respectively with corresponding fuel economy benefits. 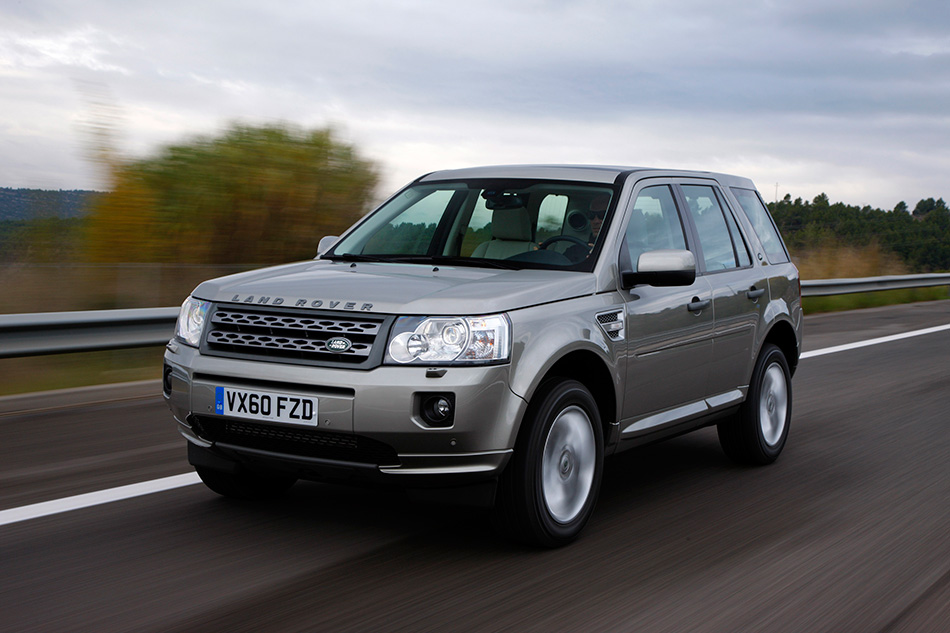 As well as being upgraded from EU4 to EU5, both versions have a new variable geometry turbocharger and have been extensively re-calibrated to deliver new levels of power, meet emissions regulations and reduce CO2 emissions. They are fitted with a catalysed diesel particulate filter as standard and are now compatible with 10 per cent biodiesel rather than 5 per cent.

"A 2WD option is just one way in which we are developing our vehicles' efficiency whilst adding to the Land Rover range and expanding our appeal to a broader group of customers. We will continue to make the 'world's finest all-terrain vehicles' for those customers who require 4WD but will also now offer an alternative."

This groundbreaking Land Rover Freelander 2 eD4 is powered by the new 2.2-litre turbo diesel engine, delivering 150PS. It is only available with a six-speed manual transmission featuring Stop/Start technology as standard.

Inside the cabin, Land Rover's design team have revised the instrument dials, and there are four new seat styles with the option of a Premium Pack that includes Windsor Leather upholstery, an 8/6 way electric seat, plus premium carpet mats and covered centre stowage.