Lexus introduced its third new concept design within a year when it unveiled the LF-C luxury sports coupe concept car at the New York International Auto Show. The LF series of concept vehicles are designed to define and launch an entirely new direction in styling for the Lexus brand. The LF-C provides a hint of the direction Lexus is considering for the next generation IS sports car.

The surprise is provided by stylists from the Calty Design Research Center in the form of a 4-position retractable hardtop in the LF-C. The unique hardtop design allows the car to transform itself at the touch of a button from a coupe to a convertible, to a targa or to a speedster, depending on the driver's mood. The powered top stows neatly into the trunk through a surprisingly minimal rear-deck opening. 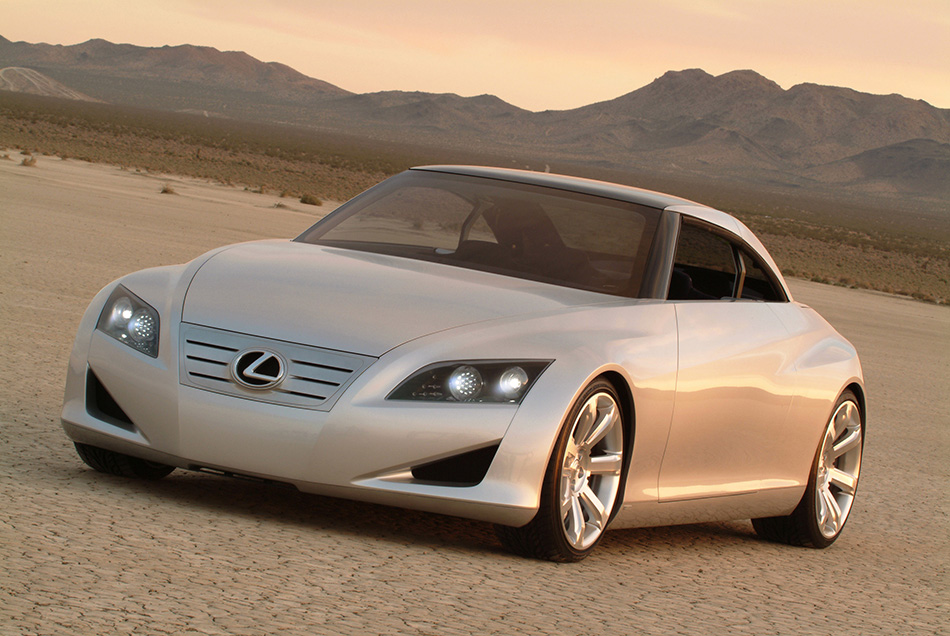 A large rear wheel drive platform utilizes a high-output, front-mounted V8 engine with a six-speed sequential automatic transmission as the basis and motivating force for the LF-C. With an expanded wheelbase of 129.5mm, the LF-C is only slightly longer overall than the current IS. Significantly, the LF-C sits about 50.8mm lower and is nearly 127mm wider than the current IS. The broad stance and short overhangs strike an aggressive pose with ample dimensions to comfortably accommodate four adult passengers.

"We used a combination of convex and concave surfaces to control the balance of light and shadow on the car which creates this beautiful contrast of having sharp lines within the sculpted exterior surfaces," said Kevin Hunter, vice president of Calty Design Research, Inc. "The idea was to create a sense of strength and softness at the same time, adding an air of mystery."

Calty used long, integrated lines to simplify the overall form of the LF-C. The distinctive roof rail tapers as it moves forward from the rear, mimicking the sculpted theme of the main body. The extreme tapering of the main body shape from front to rear, which is then wrapped and interlocked by the rear fenders, is designed to show strength and power from every angle.

The interior communicates performance with drive-by-wire steering and Formula One inspired shifter and steering wheel with the gauges stacked along the steering column axis, ascending toward the base of the windshield. The gauges are transparent, with needles moving from the ring, rather than the center.

A dynamic and flowing center console, in a solid tapered form, runs the length of the interior. Displays and controls are hidden beneath this transparent console surface that is multi-layered, which creates a sophisticated, high-tech look and feel. The console is flanked on each side by arched, wing-like instrument panels situated low in front of the driver and passenger to create a feeling of openness.

Four lightweight individual bucket seats use slender shapes inspired by modern stemware to create a contrast of sport and elegance. The effect provides roominess along with a snug and secure feeling.