Lincoln has reestablished itself as a quality and design leader with award-winning products like the Lincoln MKZ, MKX and Navigator, says Mark Fields, Ford Motor Companys president of The Americas. With the Lincoln MKS, we are raising the bar even higher with unparalleled amenities and performance, and a price that should be irresistible to luxury customers. 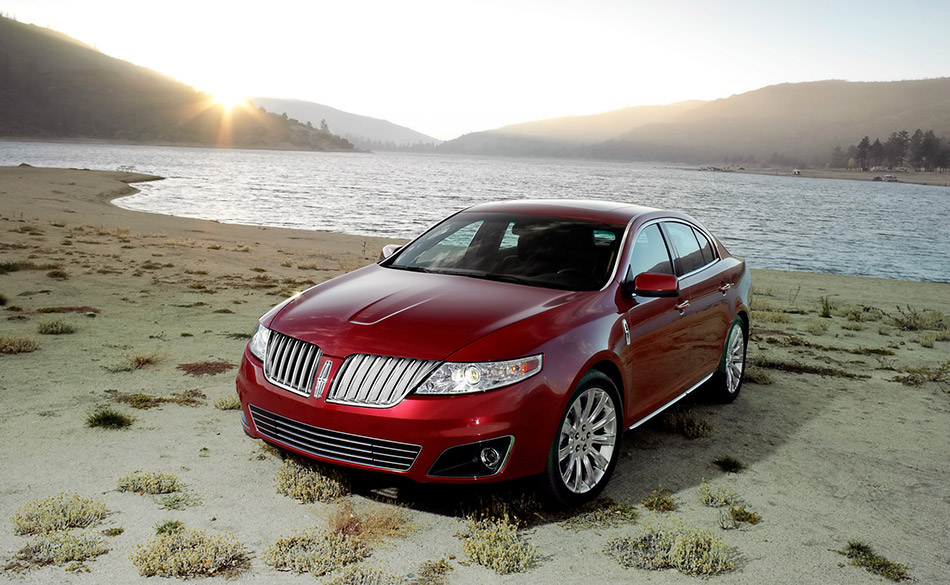 The New Lincoln Flagship: A Strong Contender in the Luxury Sedan Segment

The Lincoln MKS is a full-size luxury sedan aimed at bringing new and younger buyers into the Lincoln fold. Not traditional luxury buyers who shop based on name and price tag alone, Lincoln MKS customers are under 50 and value beautiful modern design, more fuel efficiency and good value.

Pricing for Lincoln MKS starts at less than $38,000, a strategic move aimed at attracting new customers to the brand. Many will be first-time luxury buyers, with a significant number expected to migrate from imports. In fact, up to 60 percent of those buying the luxury sedan are expected to be new to Lincoln.

Were playing to win with the Lincoln MKS, especially in California, where more luxury vehicles are sold than anywhere else. We will do so by offering confident, understated, respectful luxury not something that will go out of fashion in a year or two, said Mike Richards, Lincoln General Marketing Manager. Were also making an extra effort to reach out to African American and Hispanic buyers who want and deserve luxury in their lives, in part, through new marketing relationships with artists Common and Juanes.

Juanes, a 12-time Latin Grammy award winning artist, will help introduce SYNC, which is standard on Lincolns and widely available on Ford and Mercury products, to the Hispanic market. Juanes was recognized by Time magazine as one of the 100 Most Influential People in the World for his belief in the possibility of social change through music.

Common, an accomplished musician, childrens author and actor, will represent Lincoln beginning in 2008. The partnership will feature multiple levels of advertising, marketing and promotional activities between Lincoln and Commons wide-ranging businesses and his community service program. Common is currently appearing with Russell Crowe and Denzel Washington in the Ridley Scott-produced film American Gangster.

Consumers can visit www.lincoln.com to build and price their ideal Lincoln MKS and place their order at their local Lincoln dealer immediately.

To be built at Ford Motor Companys Chicago Assembly Plant, the Lincoln MKS will begin arriving in Lincoln showrooms next summer.

The Lincoln MKS offers a suite of technologies and features not found on other luxury sedans. They include:

The Lincoln MKS is the first vehicle to embrace Lincolns new design DNA.

Every element of this luxury sedan reflects the culture of Lincoln from its well-proportioned athleticism to the design cues we have painstakingly developed, modernizing the best elements over time, says Peter Horbury, executive director of Design for The Americas.

Its most striking exterior design feature is its double-wing grille, which sweeps up into the jewel-like headlamps, wrapping around the front fascia and forming a sharp crease that defines the high beltline. A subtle kick-up over the rear wheel calls back cues found on many classic Lincolns. Strong shoulders, dramatic C-pillars, clean body sides, a tall rear deck and large wheels and tires lend the Lincoln MKS a confident stance.

Modern luxury carries through inside, as well. Space is abundant, with a class-leading interior package. In fact, the MKS has the largest rear cabin in its class in every important dimension, including head, leg and shoulder room. And Lincoln tends to passengers comfort with standard heated rear seats, an overhead skylight and a sun shade for the backlight.

Its interior is sleek. For instance, the Lincoln MKSs symmetrical instrument panel has fewer break lines than other luxury vehicles. The flow-through center stack is clean and uncluttered, with an information screen integrated at the top. The large center console has a split, two-piece, padded upper section. Each section slides forward individually to form an armrest.

This is space Lincoln can rightfully reclaim, given the design of our vehicles and the way weve chosen to adorn the MKS with the finest real leathers, rare woods, real aluminum and chrome accents in a more environmentally responsible way.

For example, the leather used for the seats is perfected with vegetable dyes and a chromium-free tanning process to create the softest leather ever used in a Lincoln.

It is supplied by Bridge of Weir Leather, the same company that provided hides for the Ford Model T and the iconic Continental Mark II, as well as the Concorde, the Queen Elizabeth 2 and the Burj Al Arab, the world's first 7-star hotel.

Ebony wood used for some models is reclaimed from furniture makers and others sources, offering a rare wood with minimal environmental impact. Also offered is Olive Ash, a wood with a distinctive grain pattern created when the roots of two trees grow together.

The Lincoln MKS is powered by a Lincoln exclusive new 3.7-liter V-6 engine. The powertrain has been derived from the proven 3.5-liter V-6 found in the Lincoln MKX, which was voted one of Wards 10-Best Engines for 2007.

Both engines share the same strong, die-cast aluminum block and lightweight four-valve heads for smooth operation at high RPMs. The 3.7-liters larger cylinders contribute to the increase in horsepower and torque. This engine delivers 270 horsepower and 265 lb.-ft. of torque and is mated to a 6-speed automatic transmission with SelectShift that delivers smoother shifts, better fuel economy, acceleration and the option to manually select gears.

This engine is tuned to maximize the increased torque to improve performance where its needed most standing acceleration and passing, says Michael Celentino, chief engineer.

Less than a year after launch, the Lincoln MKS will be the first vehicle to offer Fords new gasoline turbo direct injection engine technology.

The premium engine which offers the power and torque of a V-8 with the fuel efficiency of a V-6 will make the Lincoln MKS the most powerful and fuel-efficient all-wheel drive luxury sedan in the market.

Lincoln MKS also is available with an all-wheel-drive (AWD) system that provides a confident driving experience in all weather. It uses a sophisticated system of clutches to quickly distribute torque between front and rear wheels up to 100 percent in either direction to avoid wheel slip. The AWD system works with the standard Advance Trac stability control system to provide additional stability, transferring torque from side-to-side.

The MacPherson strut and rear-facing L-shaped lower control arm front suspension also was designed to maximize suspension travel and tuned to work in harmony with the rear suspension. As an added benefit, the new suspension design can accommodate larger, 20-inch wheels and tires without compromising ride comfort.

Building on a Heritage of Safety Leadership

The Lincoln MKS is equipped with a comprehensive package of the latest in active and passive safety features to provide the highest level of protection for all occupants.