The new Maserati GranTurismo, styled by Pininfarina, makes its worldwide debut at the Geneva Motorshow.

The Maserati GranTurismo is a muscular and sporty car, that can be enjoyed every day and at the same time is engaging for the driver. Its excellent handling and sportiveness makes it a point of reference in its category. The Maserati GranTurismo is built with particular attention to comfort, choice of materials and details and with enough room for four people, as only Maserati can do.

The new Maserati GranTurismo is a high-performance sports car, exciting to drive with a 4.2 liter V8 engine, delivering 405 HP, and a weight distribution of 49% at the front and 51% at the rear. It is fitted with an automatic gearbox and equipped with an adaptive control system which adjusts the gear-shifting mode to the driving style and the driving conditions. 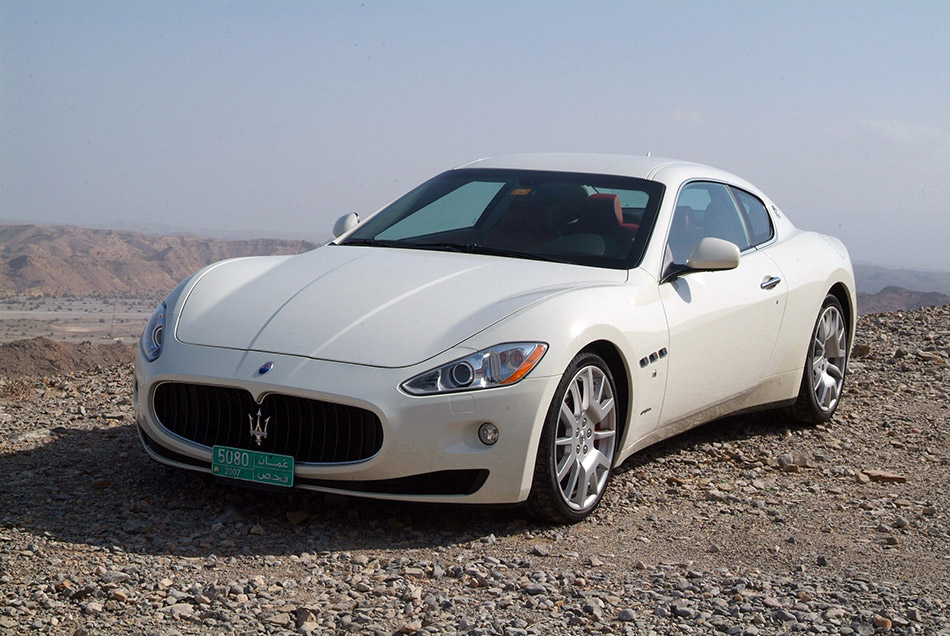 Maserati's tradition of the Gran Turismo concept dates back to 1947 when the Trident Company, following its clients' demand, unveiled at the Geneva Motorshow its first Gran Turismo, the A6, designed by the great Pinin Farina. It was the first Maserati road car and was produced in 58 units. The car was acclaimed by the automotive press for its advanced technical content and for its avant-garde style solutions.

The new model name - Maserati GranTurismo - is not incidental. Once again, the partnership between Maserati and Pininfarina gives birth to a car that is able to generate emotions and sets itself apart from competitors, due to the technique with which it is built and its unique style.

The new Maserati GranTurismo represents a further step towards the completion of the Trident product range, following the worldwide launch of the Quattroporte Automatic at the 2007 North American International Auto Show in Detroit.