The MINAGI Concept makes its world premiere at the 2011 Geneva Motor Show as the expression of Mazda's new SKYACTIV technologies and new KODO design language. It is the first model which showcases characteristics likely to be seen in the next generation of Mazda cars. For this reason, Mazda has fully incorporated its SKYACTIV technologies into every aspect of driving performance, including the powertrain, chassis, and even body design. As the second concept vehicle to incorporate Mazda's new ‘KODO – Soul of Motion' design language, MINAGI challenges conventions with emotional design and exhilarating performance.

While SHINARI was a pure design concept to express the full potential of KODO design, MINAGI gives a glimpse of the next generation of products to come. As the second concept car to adopt Mazda's KODO design theme, MINAGI's design elements combine the expression of energy pulsing throughout the vehicle with the keen agility to move about freely and nimbly. With its upright, compact packaging, MINAGI offers a vision of KODO design that is different to SHINARI, yet it shares the same sinuous, powerful stance. 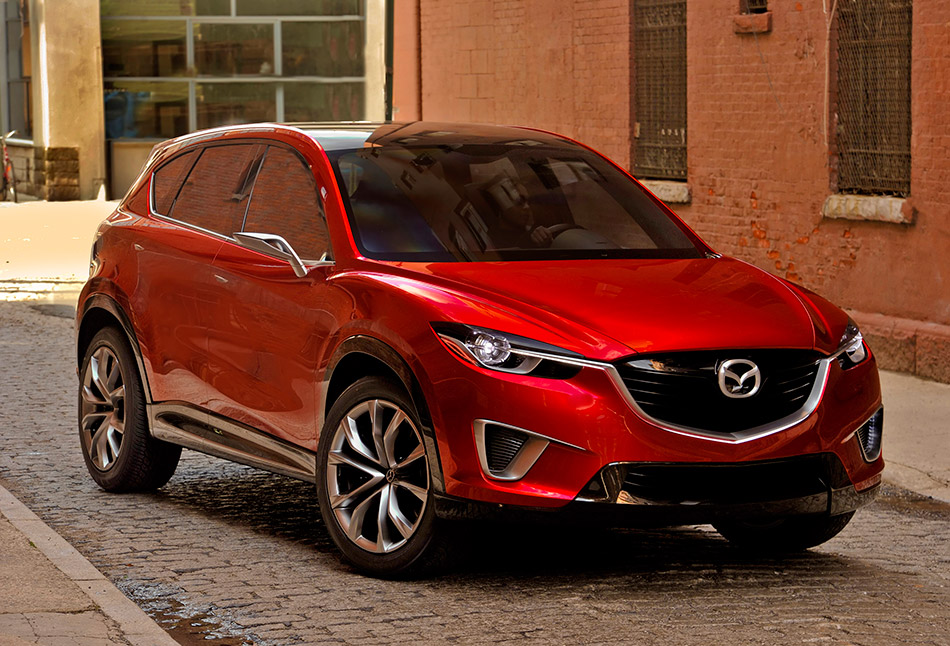 "I wanted to convey something different from the Mazda SHINARI," said Masashi Nakayama, Chief Designer, MINAGI Concept. "I felt a compact crossover SUV was the perfect vehicle to express agility and focused movement; the flexibility of four limbs moving in unison, and an upright posture."

The Mazda MINAGI is a stylish expression of pent-up energy. In Japanese, its name conjures up the image of an object pulsating with energy and perfectly reflects the vehicle's speed, agility and spirited character. For MINAGI, Mazda designers looked at different aspects of cheetahs as they hunt. A cheetah's head is positioned high, while long, powerful and supple limbs hold its lean torso upright to enable it to change direction quickly at high speed. Mazda's designers set out to evoke the moment when an animal contracts its muscles, ready to sprint and lunge at its prey. Furthermore, such a lunge can be in any direction; an idea which fits with the function of an agile crossover SUV as it nimbly darts through a sprawling cityscape.