Designed and engineered with 'booster' as its theme, the Nails concept suggests new, flexible ways of using vehicles as 'a tool for communicating with friends', rather than simply as 'a means of transportation'. The Nails concept integrates advanced communications tools including cellular phones. This concept can be used either as an exciting two-seater or as a light pickup in whatever creative way one might desire. 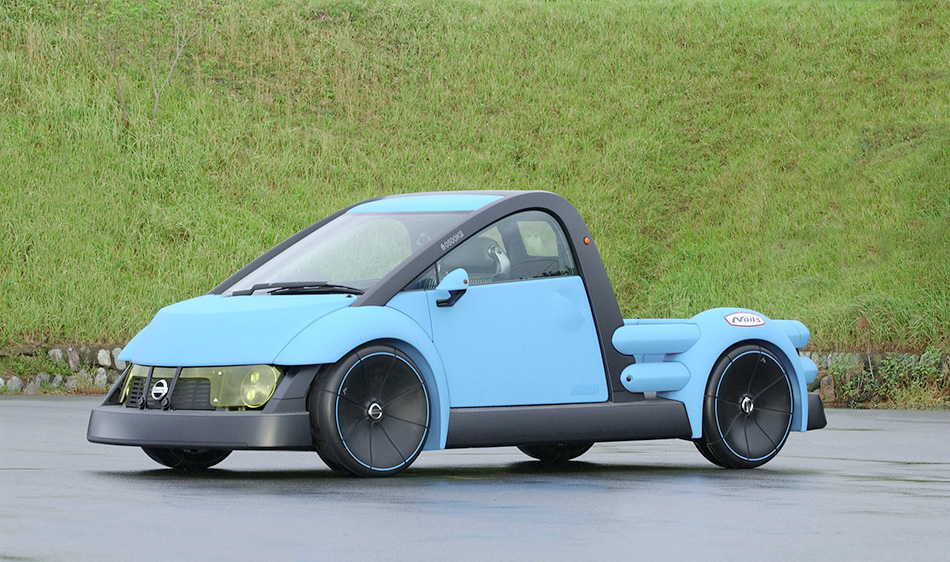 The vehicle layout, with the wheels/tires positioned at the four corners, achieves an exceptionally efficient use of space in the compact body. This emphasis on the wheels/tires imparts a sense of boldness. The pickup styling of the Nails concept features a unique construction formed by placing an A-shaped cabin frame on the low floor that runs from the cabin along the length of the bed.

Various body panels such as the hood, fenders and doors are given a treatment to allow rough use without being concerned about scratches or dents. The front mask incorporates a novel sensation in its skeletal design that seemingly allows a peek at the mechanicals over the tops of colored glasses. Another unique form is suggested by the integrated appearance of the tires and wheels, giving the impression of being 'rubber-faced wheels'.