The Mixim concept car is a compact vehicle for young drivers who are mostly engaged by their computer and the world via the internet. The driver sits centrally, with two seats either side, while the steering wheel and controls are inspired by the interfaces so familiar to computer gamers.

Mixim takes the most up-to-date electric vehicle (EV) technology and clothes it in a svelte and distinctive coupé shape. Its wraparound windscreen, inspired by the visor of a crash helmet, dominates the profile while the swept back windscreen, flowing roofline and sharply truncated rear hints at sporting performance unexpected from an electric vehicle. 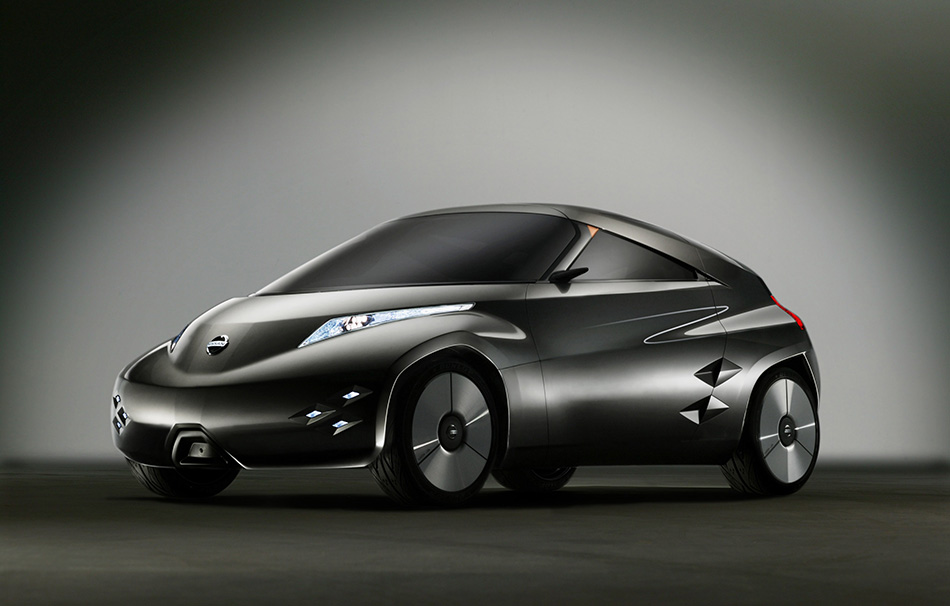 Diamond-shaped styling cues feature inside and out, notably on the twin air intakes to the rear of the doors and the front LED driving lights, while an upper triangular side window links the gentle slope of the roof with the dramatic angular slash that runs through the centre of the doors. The rear hatch opens to reveal a large trunk area behind the three seats. An occasional fourth seat is also housed behind the front seat module.

Despite being a concept car with no guarantee of being turned into a series production model, Mixim's development is in line with the Nissan Green Program, the company's publicly stated desire to create a more sustainable mobile society.

Throughout the show, the Mixim will be driving from a low stage via a ramp to an elevated display platform on the Nissan stand.