The production version of Nissan Juke Nismo will make its global debut at the world's most famous race, the Le Mans 24 hour this weekend alongside the pioneering Nissan DeltaWing and Juke-R. Previously revealed as a concept at the Tokyo and Geneva international Motor Shows, this is the first glimpse of Nismo's legendary performance DNA which will make the eagerly awaited transition from racetrack to road in early 2013.

Nissan's Nismo product range, developed by the brand's motorsport and personalization division in Japan, offers distinctiveness and individuality as well as sports orientated handling, performance and excitement to standard Nissan cars starting with the Juke. 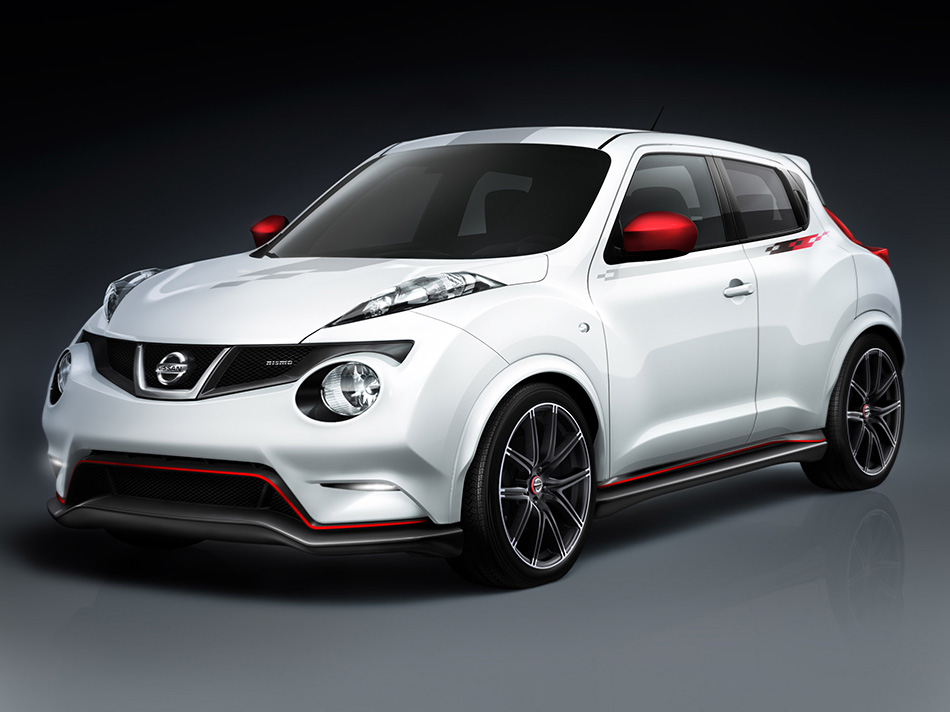 The Juke Nismo is enhanced with a tuned-up version of its 1.6-liter direct injection turbocharged petrol engine, inspired by the one installed in Nissan's revolutionary DeltaWing Le Mans race car. As well as featuring stiffened suspension settings and new steering modifications for sportier direct handling and improved traction control, the new model will also be available with torque vectoring, a technology offering better grip and cornering capacity.

The Nismo treatment continues inside the cabin, where the steering wheel, pedals, gauges, gear knob and door trims have been redesigned to boost the sporty feeling when driving. To further underline the performance personality of the car, special suede-trimmed Nismo sports seats with red stitching have been added for increased holding while cornering.

Andy Palmer, Executive Vice President Global Product Planning, says "The introduction of Juke Nismo further cements our dedication to provide innovation and excitement for everyone. The Juke, with its radical design and pioneering attitude, is the natural choice to be one of the first Nissan models to receive the mythical performance and distinctive design treatment from our Nismo specialists."

The Nissan Juke performance story began late last year with the creation of the Juke-R - which, intended initially as a one-off concept, has now been put into limited production due to demand.

This weekend the new Juke Nismo will sit alongside the Juke-R, starting the next thrilling chapter for the compact sports crossover, as the Nismo badge begins its journey from race track to road.

The Juke Nismo will be built at Nissan Motor Manufacturing UK in Sunderland, alongside other members of the Juke family and sales in Europe are due to start early January 2013.