Evolution never stops for the Nissan GT-R.  Nissan's iconic sports car brings a refreshed vision of "innovation that excites" with the introduction of the 2015 (in the U.S.) model offering a new level of sophistication, yet with no compromise in performance.

The sales of Nissan GT-R begin in Japan on December 2, to be followed by sales at Nissan dealerships in other markets worldwide.

The 2015 Nissan GT-R offers smoother ride comfort, more refinement and benchmark fit and finish, in the spirit of a great "GT," while delivering breathtaking performance and road-holding. Its "multi-dimensional performance" means the driver can enjoy the full depth of the GT-R's capabilities, whether navigating corners of a winding mountain road, cruising on the highway or even in an urban environment.

Adding premium appeal to the exterior and interior design, the 2015 Nissan GT-R delivers sophisticated driving pleasure and is the ultimate embodiment of Nissan's brand philosophy: "innovation that excites." With outstanding adhesion from its tires, the GT-R is capable of stunning confident acceleration and braking performance

The 2015 Nissan GT-R maintains its position as one of the most striking supercars in the market. Significant updates to the Nissan GT-R's lights both enhance the visual impact of the car. Customers looking for added visual impact now have a wider color palette to choose from. 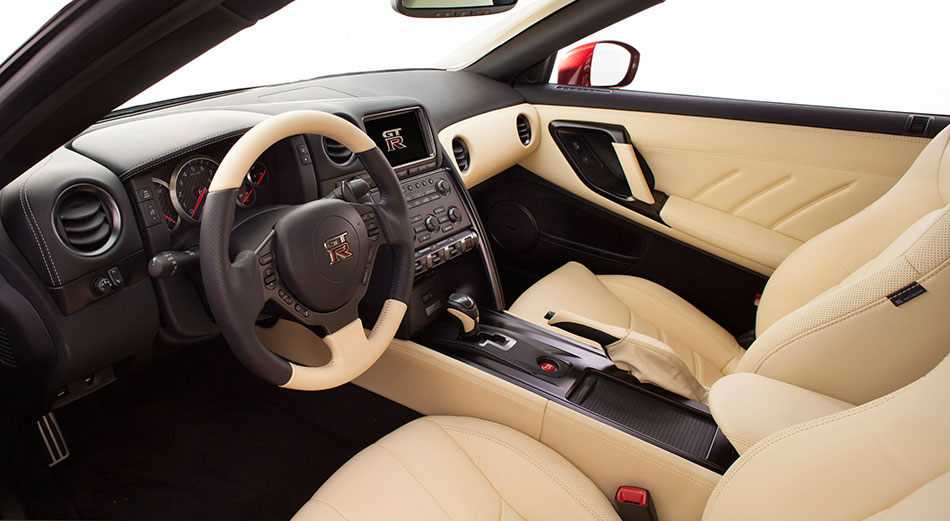