Ahead of the 2013 Tokyo Motor Show, Honda has showcased the latest Civic Type R development car at its in-house test track in Tochigi, Japan. The currently camouflaged car is being put through its paces as part of an extensive testing process taking place in Europe and Japan, ahead of its much anticipated launch in 2015. 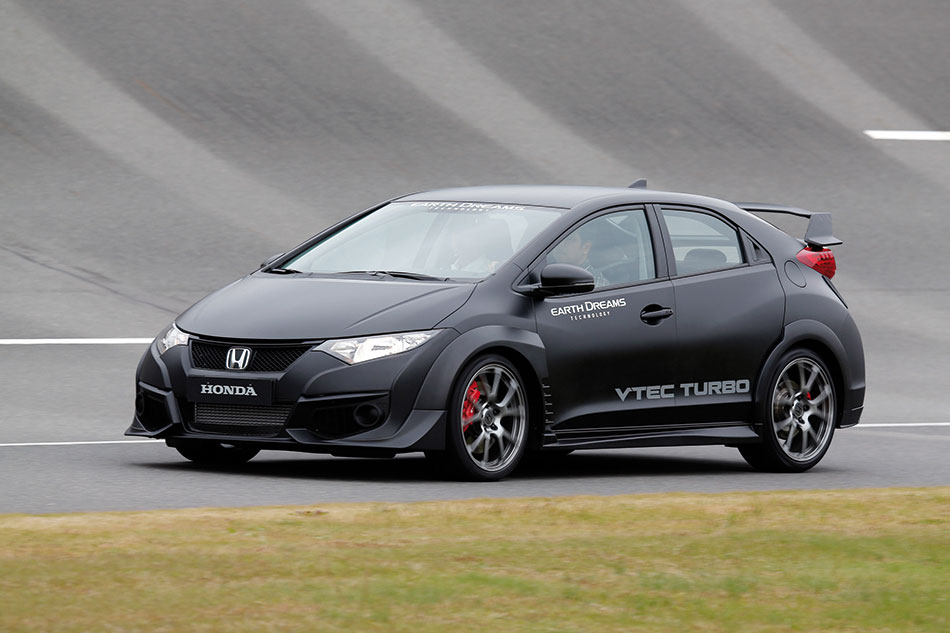 The Civic Type R will be the first model in Europe to have one of Honda's all-new VTEC TURBO engines from Honda's Earth Dreams Technology range. This 2 litre, direct injection, 4-cylinder turbo engine is expected to have class-leading output in excess of 280ps and will be EURO 6 compliant.

Speaking during recent testing at the Nurburgring, Germany, Honda's WTCC driver Gabriele Tarquini, gave his first driving impressions ‘The car and the characteristics of the car were fantastic. I was really impressed by the power and the torque of the engine but also by the set-up they achieved…The car is very pointed on the front and very fast to change direction'. ‘This car is very close to my racing car and you can feel very well the DNA of Type R.'