On the occasion of the celebration of the 50th Anniversary of the "FrecceTricolori", Pagani Automobili created the Zonda Tricolore as a tribute to the National Aerobatic Team. In 2010 the aerobatic season of the Frecce Tricolori comes to its 50th anniversary, wich will be celebrated on 11th and 12th September at Rivolto Airport. 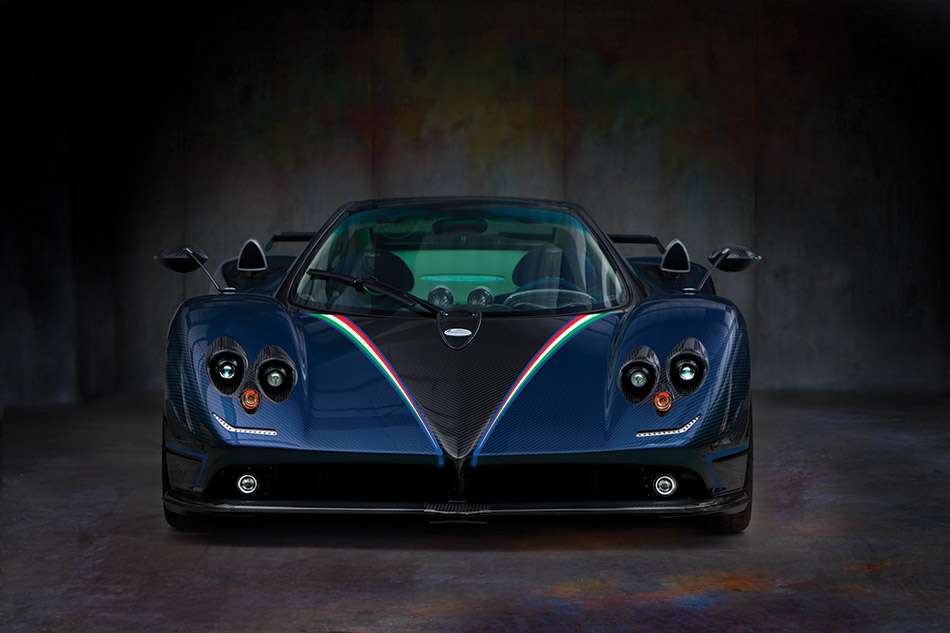 The Frecce Tricolori (Italian, literally Tricolour Arrows), officially known as the 313th Aerobatic Training Squadron is the demonstration team of the Italian Air Force, based at Rivolto Air Force Base, in the north-eastern Italian region of Friuli Venezia-Giulia, province of Udine. They were formed in 1961as an Air Force team, replacing previous teams that had been sponsored by various commands by the end of the 1920s. The team flies the Aermacchi MB-339-A/PAN, a two-seat aircraft capable of 898 km/h at sea level, with nine aircraft and a solo (the highest number of aircraft of any aerobatic team in the world). The Frecce Tricolori belong to the legacy of the entire Italian community.