Peugeot Vision Gran Turismo has been unveiled for GT6™ video game. With a 1:1 power-to-weight ratio—875 kg and 875 bhp!—and the ability to go from 0 to 100 kph in just 1.73 seconds, Peugeot's new supercar promises a unique driving experience for Gran Turismo 6 (GT6™) gamers exclusively on PlayStation®3.

With more than 15 cars already featured in the Vision Gran Turismo line-up, the lion brand has risen to the latest challenge put out by Kazunori Yamauchi, the man behind the flagship driving game, who asked automakers to design a car specifically to commemorate the game's 15th anniversary. 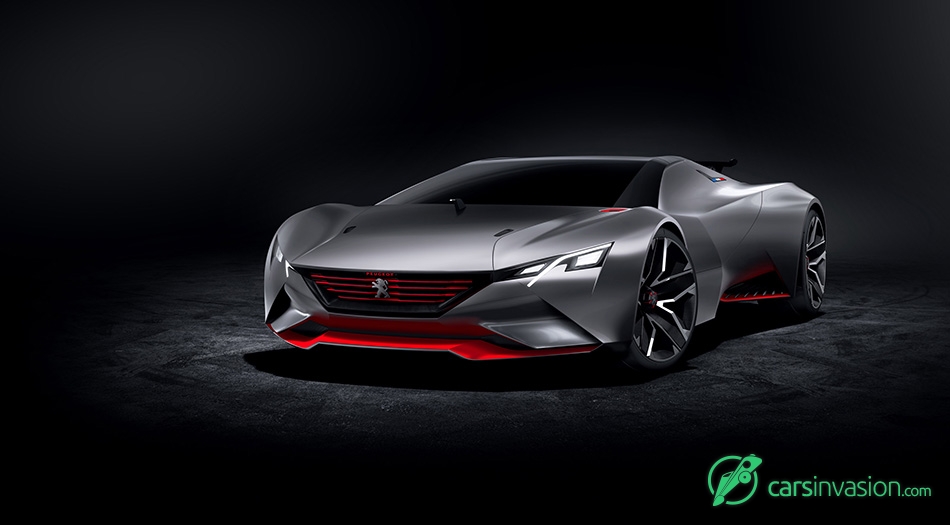 Peugeot designers teamed up with Peugeot SPORT engineers to craft an outstanding supercar that has all the hallmarks of a high-performance endurance racer, brought to life in glorious high definition in GT6™. At first glance, the Peugeot Vision Gran Turismo reveals a striking monolithic silhouette sculpted to sweep aside air resistance, standing just 104 cm tall, with the notable absence of nearly any aerodynamic features. The body design alone is enough to effectively stick the car to the road.

The central V6 turbo 3.2L engine, just behind the driver, feeds its 875 bhp to the ground via six-speed manual transmission and an all-wheel-drive system comprising 22-inch alloys in the front and 23-inch counterparts in the back. This, coupled with the lightweight design—tipping the scales at just 875 kg!—and super-responsive steering makes this the ideal steed to saddle in taking up the GRAN TURISMO challenge. Not to mention the car's phenomenal acceleration, taking it from 0 to 100 kph in 1.73 seconds thanks to a power-to-weight ratio promising one horsepower for every kilo of kerb weight... Deceleration is equally impressive, with four ventilated BREMBO carbon discs (380 mm in the front and 337 mm in the rear).