This year, as the Renault 4 celebrates its fiftieth anniversary, one thousand 4L from all over Europe or even further will gather from 15th to 17th July at Thenay in the centre of France for the third consecutive "4L International" event, bringing "blue jeans car" enthusiasts together over two days.

Participants will enjoy the surprises that Renault Classic, the event's partner, has in store for them, most of all the presence of Jean Ragnotti - who will present the lucky winner of a prize draw with the Renault 4 that he drove at the last Monte Carlo Historical Rally. A selection of exceptional Renaults from the Renault collection or private collections will also be on show.

However, Renault 4 number one thousand and one will no doubt catch the visitors' eyes.

While the "blue jeans car" has made a name for itself for many different reasons over its long and successful career (8,135,424 vehicles sold in over 100 countries over 31 years on the market), this is the very first time it will be given a 290hp engine to try and reach the straight-line speed of 280kph! 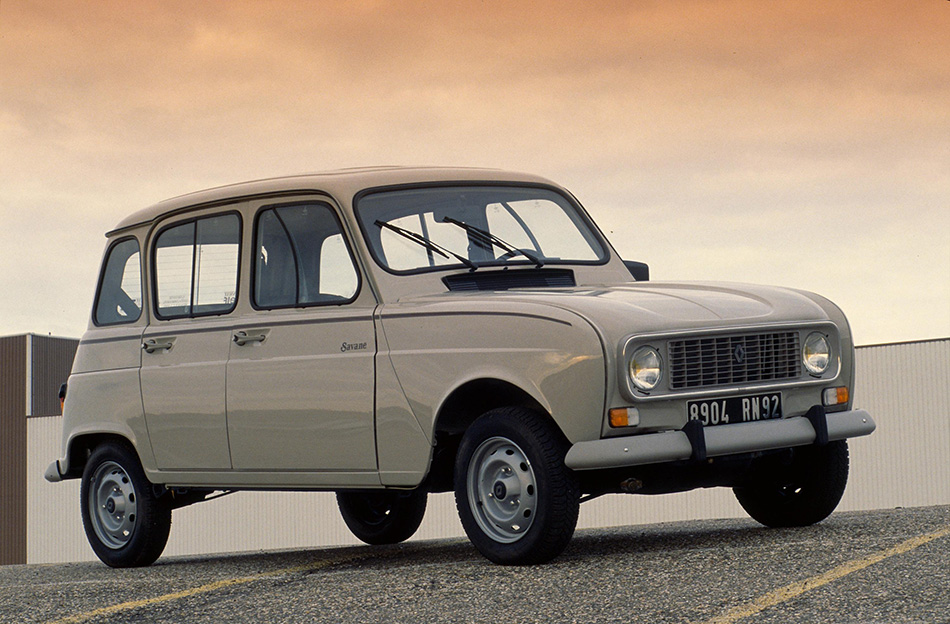 Les Triplettes de Bonneville and Renault Classic will in fact be showing off a Renault 4 Fourgonnette van, known as "Saline4Fun", for the very first time. The vehicle will be taking part in Speed Week at Salt Lake City (Utah) from 13th-19th August, where the goal will be to beat a speed record on the legendary Bonneville Salt Flats.
These events are all part of the festivities planned this year to mark the 50th anniversary of the Renault 4, an emblematic model for the diamond brand.

For the third year running, the 4L International meeting, bringing together enthusiasts from all over Europe and beyond, will be held at Thenay in the centre of France, in the heart of the Loire Valley tourist region.
The event has been backed by 4L Magazine and Renault Classic since it was founded.

"4L International" is an opportunity for enthusiasts to:

For the 50th anniversary of the Renault 4, the event will be even more spectacular with:

The project headed by Les Triplettes de Bonneville aims to celebrate the car's 50th anniversary with an unlikely version of the Renault 4 F4 on the legendary salt lake at Bonneville in the USA, in August 2011.
To achieve their objective, they've had to:

Although Les Triplettes have taken care of the last two prerequisites, they needed all Renault Classic's expertise to fulfil the first requirement.

An unlikely Renault 4
The passion and the enthusiasm of Les Triplettes de Bonneville are ideally suited to the Renault 4. This new challenge (increasing the vehicle's performance with a new power train) will bring yet another dimension to the multi-functional 4L yet and Renault Classic is taking up the challenge with them.

Les Triplettes and Renault Classic have agreed to maintain the vehicle's original appearance.

After hesitating for a while about the mechanics, they finally opted for a Renault 5 Turbo engine, loaned temporarily by a model from the collection. Renault Classic is fitting the engine to the Renault 4,  adapting and fitting a specific gearbox, adapting the platform, the steering, suspension and braking components, the wiring harness and the petrol supply circuit, and preparing the paint and bodywork. Renault Sport Technologies is helping Renault Classic, providing advice and support (on the electrical harness in particular).
And hence the "Saline4Fun" is born!

Outside, only a very reduced ground clearance and a few "details" such as the exhaust coming out of the front right-hand wing or the parachute roof hatch suggest that this fun-looking van offers better performance than a regular Renault 4 van, like the ones used by tradesmen and company fleets in the past.

Presentation of the Speed Week
The SCTA (Southern California Timing Association) has organised Speed Week on the Salt Lake located 160km to the east of Salt Lake City since 1949. Each summer, some of the lake's water evaporates, leaving salt flats that are ideal for speed racing. The only disadvantage is the 1,200m altitude which isn't good for engine performance, and temperatures nearing 45°.

For one week every year, over 500 competitors try and beat the land speed record, in cars or on motorbikes and sometimes in trucks. There are many different categories according to the type of vehicle, its age and how it has been transformed.

The runs (record attempts) take place on one of three tracks, fitted with time control cells every mile. If your speed beats the current record in your category, the car is enclosed to a fenced-off area. The next morning, all the competitors whose vehicles have been sent to this area have to repeat their performance and, if your average of the two "runs" still beats the record, the title is yours!

2011 event
Everything will begin with the two days of technical inspection on the 11th and 12th August.
Then, on the 13th, the opening ceremony will take place to officially launch the race week. The runs will come to an end at midday on 19th August … and the records will be awarded.

Their achievements:
13 car and motorbike records, in various categories.