As the latest in a long line of Renault sporting models, New Mégane Renault Sport stands out through its exhilarating performance and handling. The cocktail of its 250hp engine, unmistakable sporting coupé credentials and choice of two chassis ('Sport' and 'Cup' with limited slip differential) is clear evidence that New Mégane Renault Sport has been honed to offer an extreme ride. 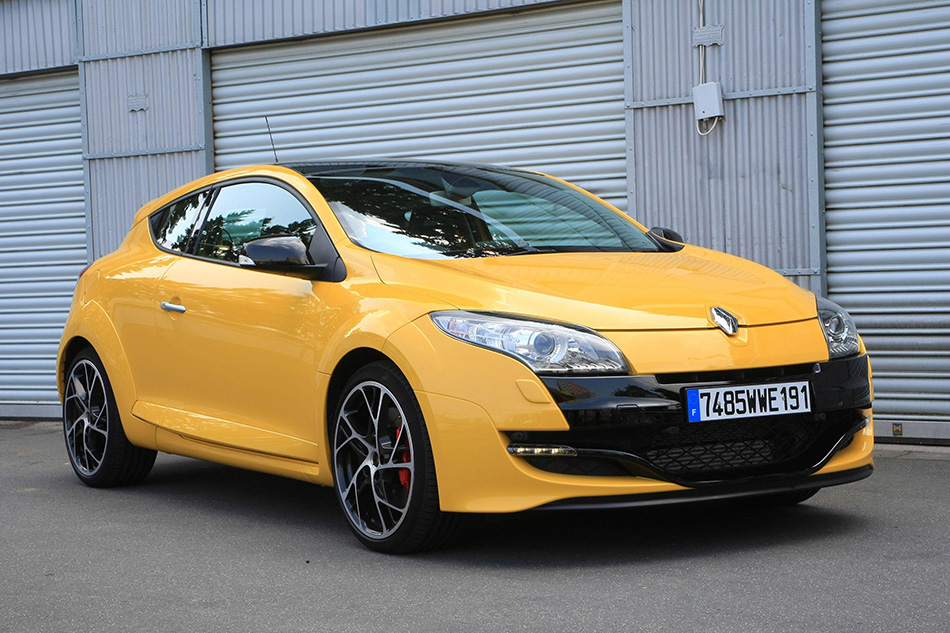 New Mégane Renault Sport is powered by a new-generation 2-litre 16-valve turbocharged petrol engine which boasts maximum power of 250hp (184kW) at 5,500rpm and peak torque of 340Nm from 3,000rpm. The sum of the different improvements made to this engine has produced a gain of 20hp and 40Nm over Mégane R26.R which itself emerged as the yardstick in the world of performance hatches. The Renault Sport 2.0 T engine's twin-scroll turbo is exceptionally responsive and is particularly flexible at lows revs, with 80 per cent of maximum torque available from 1,900rpm. Its broad useful rev band makes it a genuine joy to drive in everyday use, and the pleasure remains all the way up to the rev-limiter whenever it is pushed a little harder. The engine of New Mégane Renault Sport drives through a six-speed manual gearbox.

Work has also gone into the acoustics of the Renault Sport 2.0 T engine to produce a telltale sporty pitch audible inside the cabin under acceleration.

Like the sporting versions of the Renault Clio and Renault Twingo ranges, New Mégane R.S. is available with a choice of two chassis: the 'Sport' chassis or the 'Cup' chassis, which comes with a limited slip differential for even greater traction.

The electric power steering features specific, sportier calibration and benefits from the latest improvements seen on New Renault Mégane aimed at achieving greater precision and even more feedback from the road.

New Mégane Renault Sport is equipped with ESC which is fully disconnectable in order to enable owners to sample the pleasure of enjoying their car's full potential round a circuit.

New Mégane R.S. benefits from undeniably sporty looks. The front bumper incorporates the LED daytime running lights, as well as the splitter which recalls the low-slung nose of the R28 Formula 1 car. The sporty calling of this Renault Sport-badged model is further emphasized by its 18-inch aluminium alloy rims, central exhaust tailpipe and rear diffuser. The interior appointments, too, exude the world of motor sport, from the extra lateral support for the seats, to the analogue rev-counter with visual and audible gearshift indicator, the aluminium pedal cover and the specific steering wheel complete with thumb rests. The Renault Sport signature is also visible inside the car: on the headrests, rev-counter background and dashboard. 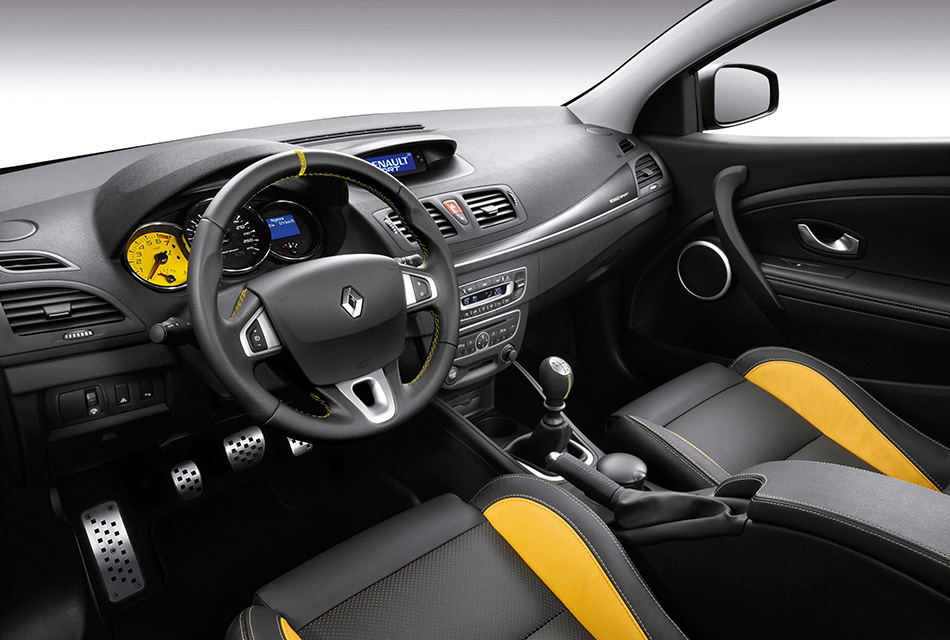 Renault Sport Technologies has combined its experience of motor sport with its longstanding production expertise to develop a comprehensive range of sporting cars. The hallmarks of Renault Sport models are their pedigree engines and efficient chassis which together deliver an undeniably high level of sports performance, as testified by the reputation forged by Mégane F1 Team R26 and Mégane R26.R which were voted 'Sporting Car of the Year' in France in 2007 and 2008 respectively.