"Audi is honored to be named as a finalist for the Green Car of the Year award," said Mark Del Rosso, Executive Vice President and Chief Operating Officer, Audi of America. "Audi has been a leader in clean diesel since the introduction of Audi TDI technology in the U.S. in 2009. With the debut of four all-new TDI models this year, Audi continues to set the bar for fuel efficiency and uncompromised luxury."

New for the 2014 Model Year, the Audi A6 TDI achieves an impressive EPA estimated fuel economy of 24 city/ 38 highway/ 29 combined MPG while at the same time delivering uncompromised performance, design and luxury. The A6 TDI delivers the best fuel economy among TDI competitors in its segment, with 30-percent more fuel efficiency than gasoline engines. 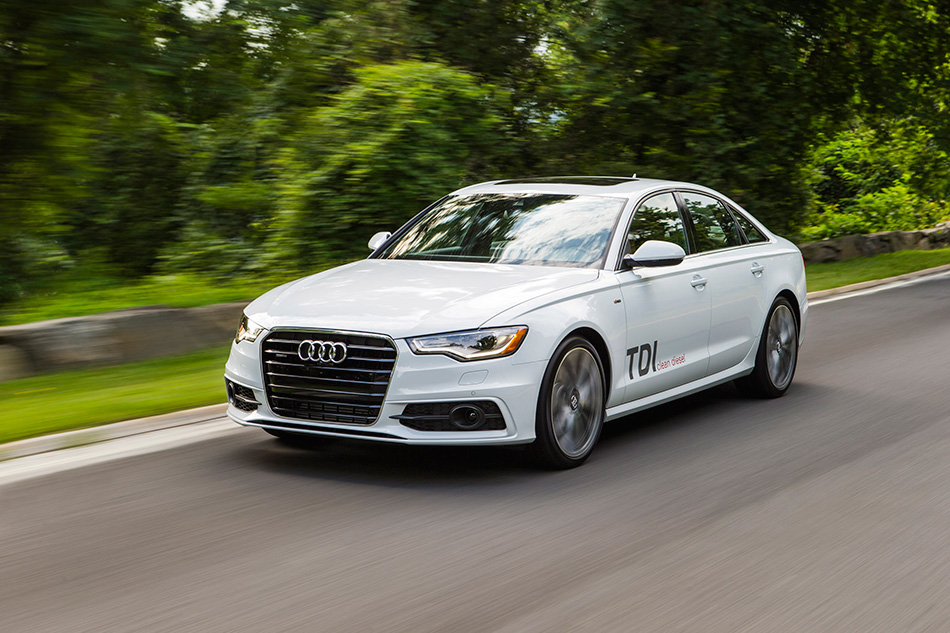 "Audi's new A6 TDI underscores that improved environmental performance needn't come at the expense of the joy of driving," said Ron Cogan, editor and publisher of Green Car Journal and CarsOfChange.com. "This sedan seems to offer it all – comfort, luxury, style, and advanced on-board electronics, while also attending to lower CO2 emissions and surprisingly high fuel efficiency for this class of vehicle. Offering a powerful and efficient TDI clean diesel option in the A6, and other Audi models, is important. The A6 TDI is a deserving nominee for 2014 Green Car of the Year®.

The Audi A6 TDI features a 3.0-liter 6-cyclinder clean diesel engine with 8-speed tiptronic® transmission and quattro® all-wheel drive that generates a powerful 240 hp and 428 lb-ft torque, seamlessly launching from 0-60 MPH in 5.5 seconds. The A6 employs Audi ultra® lightweight technology through aluminum body panels that reduce weight and enhance efficiency. The relatively light chassis provides the A6 driver with excellent ride quality, handling and driving dynamics.

Also continuing the brand's commitment to delivering impressive performance and improved efficiency, the A6 3.0T and A6 TDI are equipped standard with the convenient and fuel-saving start-stop efficiency system. When the driver presses the brake pedal at stoplights or in other prolonged idle situations, the engine shuts off. When the driver releases the brake pedal, the engine instantaneously starts up again.

Green Car of the Year® jurors include auto enthusiast and Tonight Show host Jay Leno, plus leaders of the nation's major environmental organizations including Jean-Michel Cousteau, president of Ocean Futures Society; Frances Beinecke, president of the Natural Resources Defense Council; Michael Brune, executive director of the Sierra Club; and Matt Petersen, board member of Global Green USA. Green Car Journal editors round out the 2014 Green Car of the Year® jury.