Saab was established in 1937 as a manufacturer of military aircraft, a pedigree apparent in all Saab cars produced since the first aerodynamic Saab 92 prototype automobile was unveiled in 1947.

As the product of an aircraft company based in a large country that extends far into the Arctic Circle, Saabs were engineered with an unconventional design philosophy then and today. A distinctively streamlined body, strong performance combined with good fuel efficiency, plus an unusually robust body construction for excellent occupant safety were some of the initial design parameters that have endured to the latest Saab models.

Today, after production of more than 4 million cars and 4,000 aircraft, Saab is one name and two companies. The car business, Saab Automobile AB, is owned by General Motors, the world's largest automaker, and the Saab Group is a global leader in the application of advanced technologies, specializing in aerospace and defense systems with the Saab Gripen jet fighter as the proverbial tip of the corporate spear. 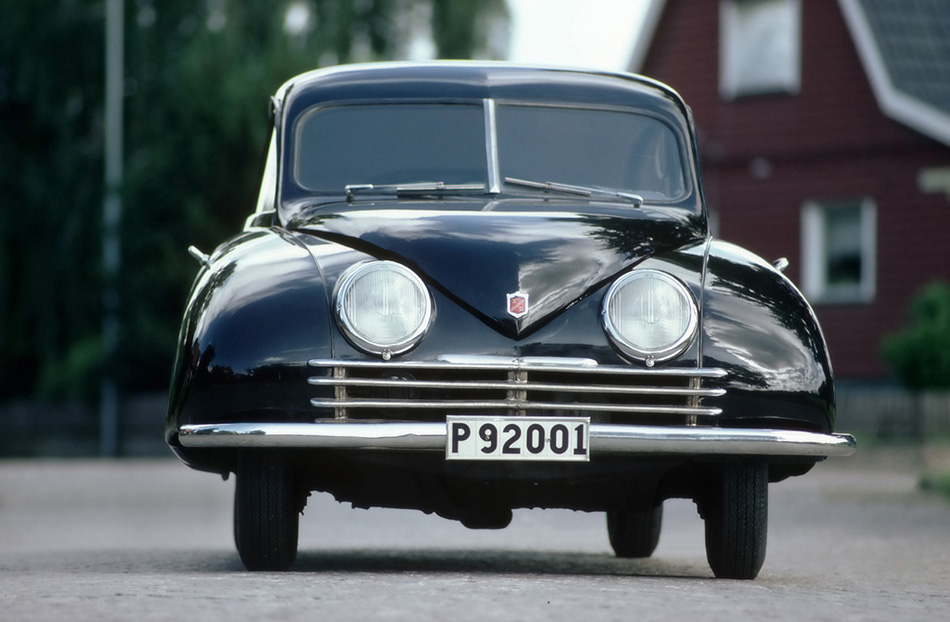 Saab automobiles are linked to a proud heritage of Swedish transportation leadership that reaches back more than a century. Today's Saab automobiles also owe some of their technological roots to the Scania and Vabis companies, makers of wheeled vehicles ranging from trucks and buses to tanks and trains. Vabis was founded in 1891 and Scania in 1903. The two companies competed until 1911, when they merged. Saab merged with Scania-Vabis in 1969.

In the mid-1930s, Sweden realized that its Royal Swedish Air Force needed to be strengthened to help defend the nation's neutrality from the imminent World War. In 1937, the Svenska Aeroplan Aktiebolaget (Swedish Aircraft Company) was founded, abbreviated as SAAB and later Saab. Based in Trollhдttan, the company manufactured hundreds of "anti-war" aircraft of several different designs.

By 1944, when peace descended on a war-weary Europe, Saab realized that it must diversify its manufacturing capacity. In addition to newly designated civil aviation projects, the company decided to draw upon its abilities in the field of precision design to build automobiles. In 1946, Saab aircraft engineer Gunnar Ljungstrцm, designer Sixten Sason and a staff of 14 craftsmen hand-built prototype 92.001, also known as the UrSaab – a sleekly aerodynamic car that reflected its aircraft heritage; its unusual profile closely resembled the cross-section of an airplane wing.

The first four Saab prototype cars were unveiled to the world in 1947. Decades before the technology would come into vogue, Saab's first automotive entries featured front-wheel-drive and transverse-mounted engines. Saab was one of the few cars of the 1940s to utilize wind tunnel testing, achieving an air resistance coefficient of only 0.30 Cd, a respectable figure even today.