With its dynamic design and quick and agile performance, the Sky roadster delivers a bold message about the next generation of vehicles from Saturn. The Sky, introduced at the North American International Auto Show and slated for production in 2006, is the first vehicle to feature a new look that will influence Saturn's entire future product lineup. The roadster will be followed by a new midsize sedan and a large crossover SUV as Saturn's product portfolio doubles during the next 24 months.

"Building on its accomplishments in customer sales and service satisfaction, Saturn is introducing a bold new product design to our vehicles," said Saturn General Manager Jill Lajdziak. "For Saturn, the Sky is not the limit. It's only the beginning."

Starting price for the Sky is expected to be less than $25,000. It will be built at GM's Wilmington , Del. , assembly facility. 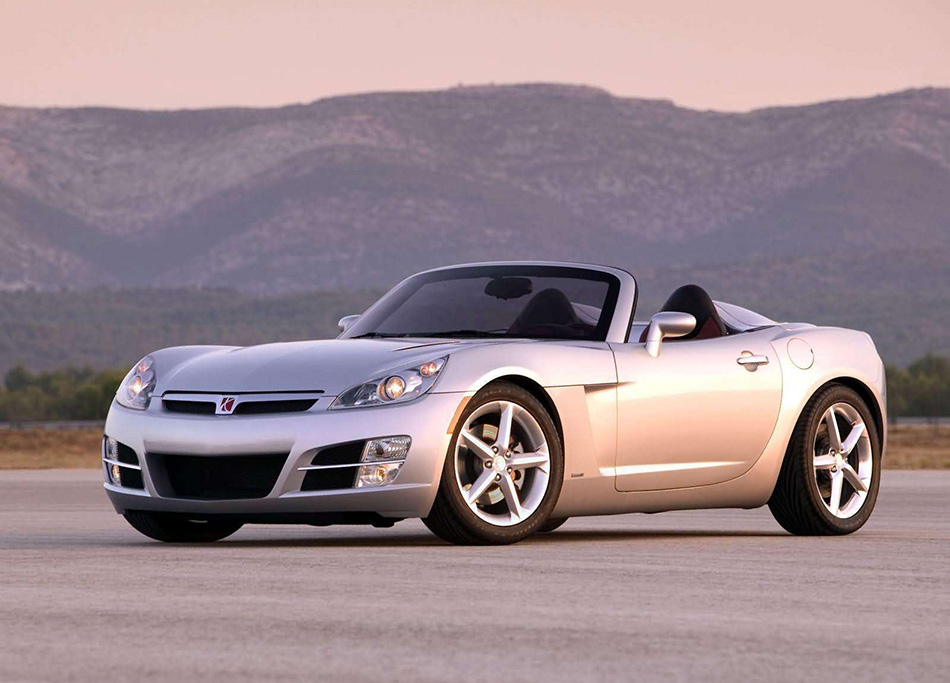 The Sky roadster was inspired by the Vauxhall VX Lightning Concept – created at GM's Advanced Design Studio in Birmingham , England – signaling the adoption of an international design language for Saturn.

"The Sky's exterior conveys a sense of technical harmony, combining taut, controlled lines with fluid surfaces to create a dynamic feeling," said Ed Welburn, vice president of Design for GM North America . "The vehicle's strong front end is the new face of Saturn, with a pronounced fender peak and a bold, chrome bar that carries an integrated Saturn badge."

The design philosophy is carried through to the interior, which is driver-focused with integrated controls and displays. Creative use of piano black and chrome finishes combine with available leather seats and technical grains to emphasize richness and precision. Jewel-like detailing on the HVAC and lighting controls is executed with tight fits, highlighting the attention to detail.

The Sky also has the hardware to back up its bold styling. It is equipped with a 2.4L, 170-horsepower Ecotec engine with variable valve timing and a five-speed Aisin manual transmission with a short throw shifter. A five-speed automatic will be optional.

With 3 million subscribers, OnStar is the nation's leading provider of in-vehicle safety, security and information services using the Global Positioning System (GPS) satellite network and wireless technologies. The 2006 Sky will offer OnStar. Sky owners can interact with OnStar's voice recognition system in Spanish, French or English. With the push of a button an OnStar advisor can change the system to allow the subscriber to interact with the system in their preferred language. Other core OnStar services are stolen vehicle location assistance, remote door unlock, roadside assistance, emergency services and automatic crash notification.

GM is the only automotive manufacturer committed to offering a full range of vehicles with safety protection before, during and after a collision. All OnStar-equipped vehicles come with Automatic Crash Notification. If air bags deploy, the system sends a signal to a highly trained OnStar Emergency Advisor, who contacts the vehicle to see if help is needed, and can contact an emergency responder to send for help. In many cases the occupants are severely injured and cannot speak for themselves. OnStar's GPS unit allows Advisors to tell emergency responders the vehicle's location. OnStar responds to at least one air bag deployment in the US or Canada every hour.

Additionally, the Sky will offer the GM-exclusive Advanced Automatic Crash Notification system. The AACN system detects collisions, even rollovers, regardless of whether air bags deploy. AACN also transmits other crash data, such as the direction of impact force, the number of and which air bags deployed and the maximum change of impact velocity, so that emergency responders are more prepared with this critical information before they arrive at the accident scene.

The expansion of the Saturn product lineup began this year with the introduction of the Relay family utility vehicle. The Relay combines SUV-like exterior styling, a rich interior and the functionality of a mid-van. 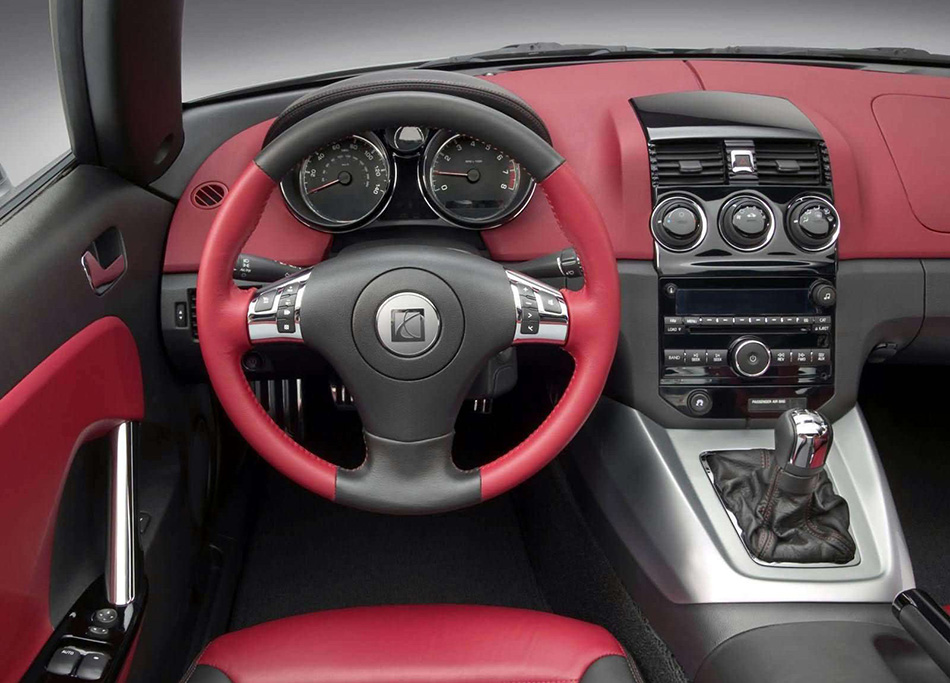