It's not always a bad thing not to be firing on all cylinders. Take the new 1.4 TSI ACT engine in the SEAT Ibiza FR Edition, for example. It's got four cylinders, but if it only needs to use a couple of them to get along, it'll do just that, significantly cutting down the amount of fuel it uses in the process.

The result is a car that will hit the 62 mph benchmark in under eight seconds, but is rated at 60.1 mpg on the combined cycle.

The new 140 PS ACT petrol engine replaces the 150 PS 1.4 TSI non-ACT engine in the Ibiza range, offering performance as close as makes no difference (it takes 0.2 seconds longer to hit 62 mph) but delivering a whopping 12.2 mpg average efficiency improvement, and 30 g/km less CO2 – down to 109 g/km. 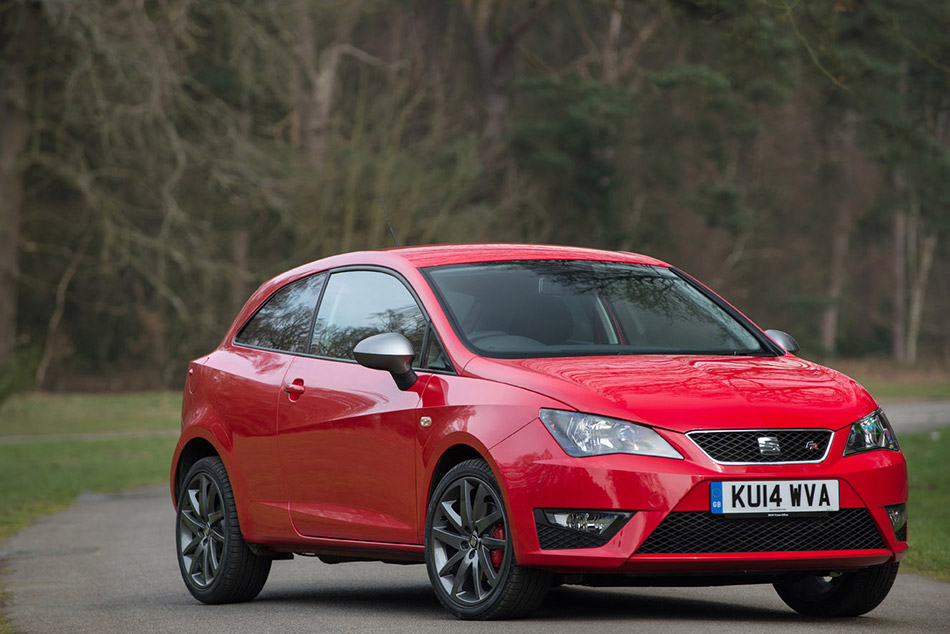 Available with a manual transmission only, the standard 1.4 TSI ACT FR 140 PS is also £1,015 cheaper than the 150 PS car it replaces, which came with a DSG automatic gearbox as standard.

SEAT is today unveiling the FR Edition, which uses the ACT engine but sits above the standard FR in the Ibiza range, to celebrate the introduction of this ground-breaking technology – a first for SEAT.

The 1.4 TSI ACT is available in standard FR trim in all three body styles: SC, five-door and ST. In each body style, its list price represents a saving of £1,115 over the preceding 150 PS Ibiza FR. Individual prices are as follows:

The premium for an FR Edition is £600, despite its additional equipment value reaching £1,130.

The 1.4 TSI engine with Active Cylinder Technology shuts off the second and third cylinders at low engine speeds and when low torque outputs are required. It does so seamlessly, and conversely it will re-activate the cylinders in undetected fashion when more torque is required.

The transition between two- and four cylinders takes less than 40 milliseconds, and the system can save up to one litre of fuel over 60 miles of careful urban driving.

The Ibiza FR Edition and the Ibiza FR 1.4 TSI ACT are available to order now, for first deliveries during early June.