The vehicles, coined BaseCamp for outdoor adventure enthusiasts; Flix for film and entertainment buffs; Zuk for motorcycle and racing aficionados; and SXBox for avid gamers; are on display at various auto shows and lifestyle events around the country. 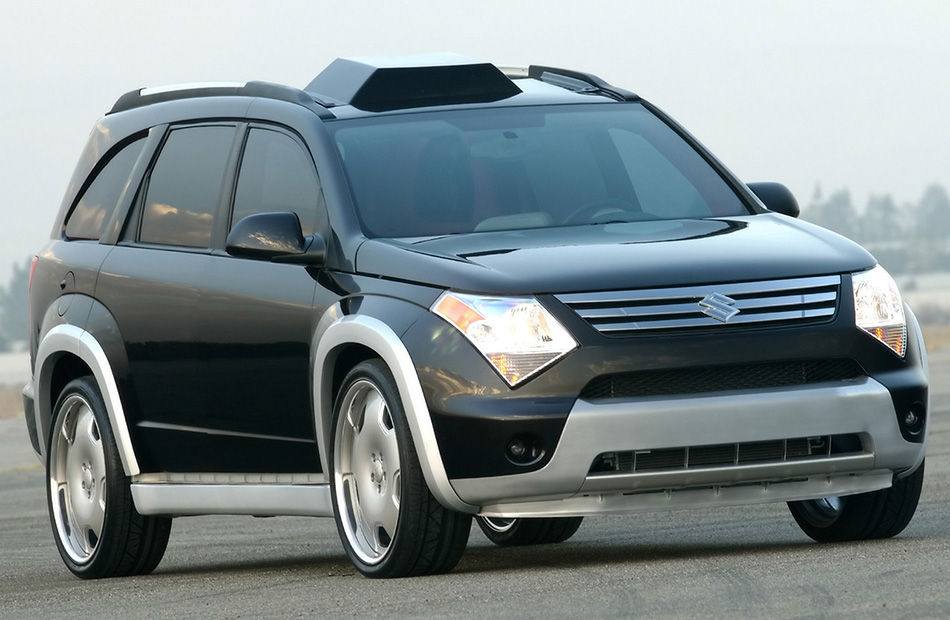 Flix
Built by the Carlab of Orange, Calif., and based on the all-new 2007 XL7, the Flix concept offers film and entertainment enthusiasts the ultimate mobile movie experience. The Flix's ultra-rich, super-clean and modern exterior accentuates the redesigned body of the all-new XL7. The XL7 concept is dressed in midnight black paint with platinum accents and deep crimson theater red perimeter LED linear emitters encircling the lower valence of the midsize SUV.

In addition to its eye-catching exterior appearance, the Flix is outfitted with an unprecedented in-vehicle movie system. After parking at the optimal film-viewing destination, Flix's clamshell roof can be opened, revealing a maximum-size moonroof that serves as a 60-inch movie screen. Additionally, the XL7 concepts front roof panel vents, giving way to a high-density digital projection system to display a family's movie of choice. For those who prefer the traditional drive-in movie experience, Flix's projection system can be positioned to display movies nearly anywhere the side of a building, a billboard or almost any wall.

About Suzuki
The Brea, Calif.-based Automotive Operations of American Suzuki Motor Corporation (ASMC) was founded in 1985 by parent company Suzuki Motor Corporation (SMC) and currently markets its vehicles in the United States through a network of more than 520 automotive dealerships in 49 states. Based in Hamamatsu, Japan, SMC is a diversified worldwide automobile, motorcycle and outboard motor manufacturer with sales of more than two million new vehicles annually. Founded in 1909 and incorporated in 1920, SMC has operations in 125 countries.